Scientists plan to develop a software tool to monitor the grunts of commercial pigs and determine when they need help.
Image 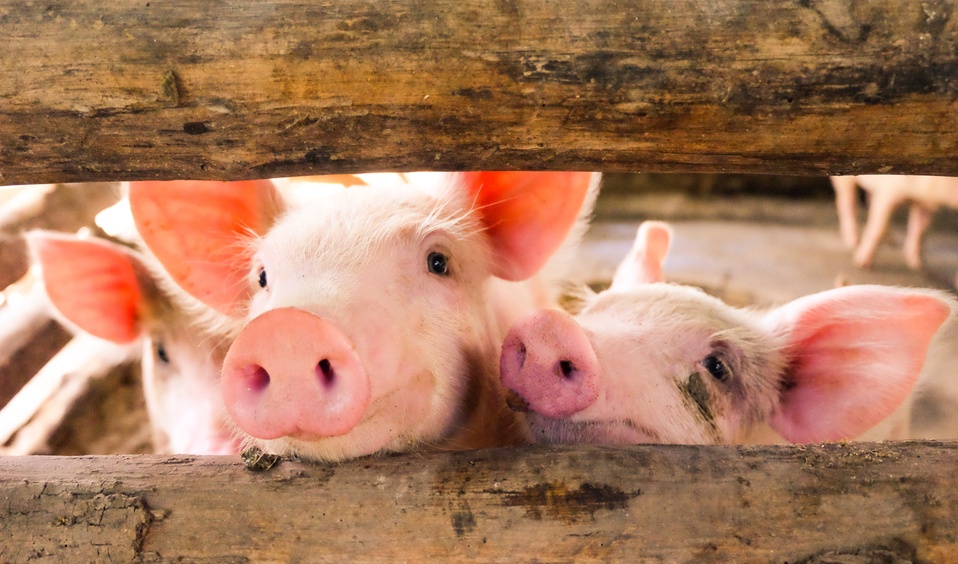 (Inside Science) -- A database of thousands of grunts, oinks, snuffles and squeals, gathered and recorded from hundreds of pigs at every stage of their lives, will be used to help farmers better understand their animals' emotional states and improve their welfare in the future, according to a new study.

The researchers used an artificial intelligence system that determines with high accuracy whether the vocalizations made by pigs are expressions of positive or negative feelings, and even the circumstances where the sounds are made -- including situations such as nursing piglets, meeting their mothers or littermates, waiting around, being surprised, and huddling together.

"We decided to focus on pigs because they are very vocal," said animal behaviorist Elodie Briefer of the University of Copenhagen in Denmark, who co-led the study published last week in the journal Scientific Reports. "They grunt all the time."

It turns out that pigs are among the most talkative farm animals, so their vocalizations have often been studied to find out what they're saying.

Briefer's team compiled 7,414 pig calls from 411 animals that had been recorded since 2013 by several different research groups. Some of the researchers had recorded the calls of newborn piglets, while others had studied the sounds made by piglets weaned from their mothers; others had recorded the sounds made by adult pigs in specific situations, such as when they were isolated or handled.

Briefer and her colleagues then supplemented their database by identifying situations that were not covered by the earlier experiments. "We checked which contexts we were missing that pigs would encounter during their lives -- for example, we added some more positive situations, and we also added some recordings from actual slaughterhouses," she said. "And we also knew from the behavior of the pigs whether it was likely to represent a positive or a negative emotion."

The result is the most comprehensive audio database of pig grunts ever collected. "We basically gathered so many contexts that we could cover almost the whole lives of pigs," Briefer said.

The second stage of the study was determining how to make sense of the thousands of pig grunts in their database. The researchers compared two machine-learning methods that sorted through the grunts, classified each of them as either positive or negative, and tried to identify the situation where it was expressed. The database has 19 categories of contexts where pigs make distinctive grunts, including "reunion," "huddling," "surprise," "waiting" and "running" -- but also "fighting" and "castration."

In the end, the most accurate interpretation of what a pig grunt meant was obtained with a neural network that used images of the frequency of their calls compared to their duration (higher frequency calls are higher pitched, and lower frequency calls are lower pitched). The correct classifications had been made by observations when the calls were recorded, and the researchers found the neural network was able to determine whether a call was positive or negative more than 91% of the time and identify its context more than 81% of the time. "We were really surprised to reach such high accuracy across such a huge number of calls and contexts, from the day pigs are born until the slaughterhouse," Briefer said.

Such a high level of accuracy could be good news for pigs on farms -- the exact number is unknown, but there are estimated to be more than 650 million around the world.

Briefer and her colleagues now intend to implement their pig grunt database in a software application that will monitor the vocalizations made in commercial pig herds and notify farmers when their animals express high levels of negative emotions, such as when piglets cry out that they are being crushed by their mother, a recurrent problem among pigs and one of the contexts that can be distinguished using the database.

"There have been many attempts at doing this for pigs before, but nothing quite as comprehensive as this paper," said animal behaviorist Alan McElligott of the City University of Hong Kong.

McElligott wasn't involved in the latest study, but he's researched the vocalizations made by other farm animals, including goats, to learn more about how they express positive and negative emotions.

The wide scope of the research was particularly valuable: "It's really important to get a complete history of individual animals, from the early stage when they are piglets, to slaughter," he said. "Then you can classify the differences, showing their vocalizations in stressed states compared to relatively content or happy states."

McElligott notes the welfare of pigs in commercial farms is a major concern worldwide. "The numbers are huge," he said. "This tool will allow us to improve the lives of these animals."