Sponges, one of the most ancient animal lineages, can maintain normal gene activity even as oxygen levels drop.
Image 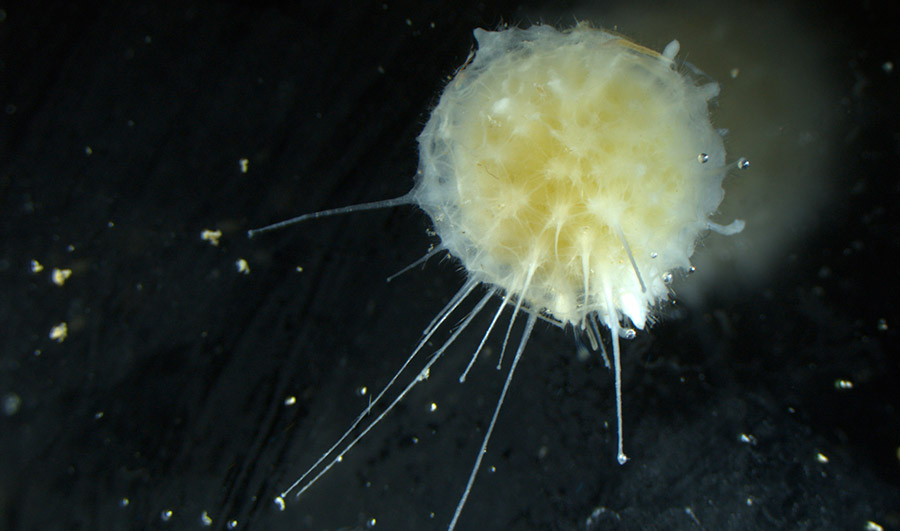 (Inside Science) -- When oxygen grows scarce, nearly all animals use the same method to survive: a lightning-fast signaling system called the HIF pathway. The HIF pathway is found in everything from sea urchins to worms, and it is so important to human health that its discoverers were awarded the Nobel Prize in physiology or medicine on Monday.

But the very first animals probably didn't have it. A study published last year in the journal eLife found that key components of the pathway are missing in sponges and comb jellies, the two groups thought to have branched off first from the rest of the animal lineage. Moreover, sponges -- and perhaps the ancient ancestors of all animals -- appear to do just fine without a HIF pathway to help them adjust to changing oxygen levels, even when those levels fall to a tiny fraction of normal.

Virtually all animals use oxygen to convert food into energy. When oxygen levels drop, animals' cells change their behavior to compensate -- for example, they work harder to capture oxygen molecules, and they shift to less efficient methods of energy production that don't require oxygen.

The HIF pathway triggers these changes using chemicals that bind to DNA and control which genes are active. Nearly all animals possess the key components needed for an effective HIF pathway. But in the new study, researchers found that sponges and comb jellies lack crucial pieces of the system, including the parts that make it sensitive to oxygen.

To see how animals in these groups manage without a HIF system, the researchers conducted experiments with a type of small sponge that looks like a pale gooey blob. When the sponges were dropped suddenly into water with no oxygen, they showed a burst of altered gene activity that suggested they were immediately suffocating. But when the sponges were sealed in beakers and allowed to gradually use up their oxygen, they continued their normal pulsing movements until oxygen levels had fallen by 96%. After that they stopped pulsing, but their gene activity barely changed, even as oxygen levels continued to fall to just 0.25% of what is normally found in modern, well-oxygenated water. (The sponges sat in the low-oxygen water for only about an hour before testing, so it's not clear how much longer they could have kept it up.)

"We discovered that they don't really care about oxygen," said Gert Wörheide, an evolutionary geobiologist at Ludwig Maximilian University of Munich in Germany and one of the study's authors. "They can sustain metabolism down to a very, very low oxygen level."

This may be because the simple body of a sponge doesn't need as much oxygen as something like a fish, which has to fuel energy-hungry organs such as muscles and a brain, said Wörheide. It's also possible that sponges have other ways of adapting to low oxygen levels that researchers don't yet know about.

Either way, the findings raise the possibility that the first animals lived placidly in oxygen-poor oceans, untroubled by the oxygen cravings that would drive later evolution. Researchers have long speculated that rising oxygen levels in the atmosphere and ocean were important for the evolution of complex multicellular life, but it hasn't been clear exactly when oxygen concentrations reached certain thresholds or how different organisms responded.

"It kind of makes it more mysterious, because now there's this idea that, okay, we have to think about the early animals in the context that they might not have had so much oxygen," said Kalle Rytkönen, a genome biologist at the University of Turku in Finland, who was one of the reviewers for the study and wrote a commentary about it in the same journal. "It kind of opens up the different speculations about the very early evolution a bit more."

Rising oxygen levels could still have been important later on, when complex creatures such as sea stars and fish evolved.

"We can make a case that the early animals did not have this HIF pathway, and that probably the rise of oxygen has something to do with the evolution of the fully functional HIF pathway that we see in … more complex animals," said Wörheide.

Complex animals evolved first in water, long before their descendants crawled onto land. Water can't hold nearly as much oxygen as air can, and oxygen levels in lakes and oceans are highly variable, depending on factors such as depth and turbulence, said Rytkönen. Thus, as animals evolved bodies with higher oxygen needs, they might also have needed a flexible system like the HIF pathway to adjust to changing oxygen levels in their watery homes.

Everyone interviewed for this article emphasized that such ideas are speculative, and no one really knows how animals lived hundreds of millions of years ago. Moreover, even after the HIF pathway evolved, it might not have always served the same function, noted Allie Graham, an evolutionary biologist at Oregon State University in Corvallis, who was not involved in the study.

Most HIF research has been done in humans and other vertebrates, but the pathway might have worked differently in ancient creatures or even in modern invertebrates, said Graham. Indeed, Graham recently discovered that a type of small crustacean has lost its HIF pathway and is still somehow able to survive when oxygen is low.

The HIF pathway has clearly been important for hundreds of millions of years, or it wouldn't be found in so many different animals today, said Graham. But exactly how it arose and why it was preserved are mysteries science is just starting to explore.