A new paper suggests whales learned to escape the grasp of hunters in just a few years.
Image 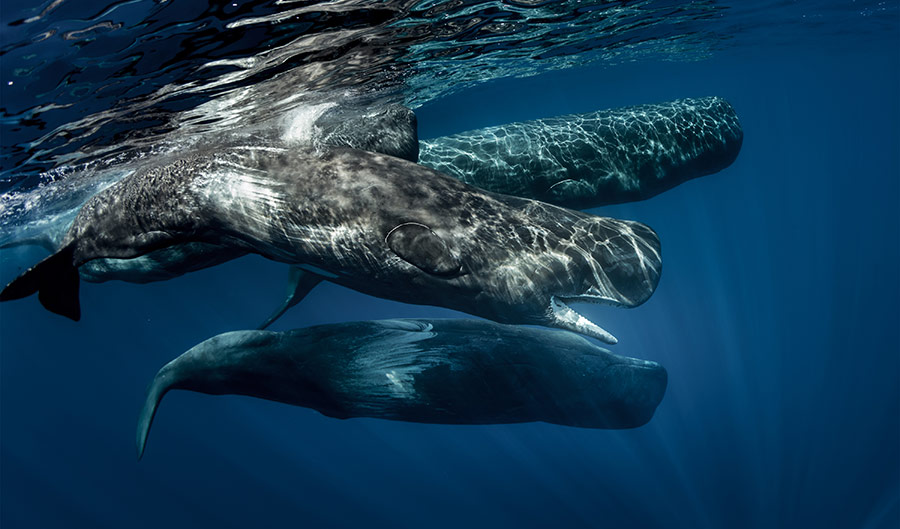 (Inside Science) -- The 19th-century whaling books were filled with complaints. Hal Whitehead, a whale biologist at Dalhousie University in Nova Scotia, working alongside some historians of whaling a few years ago, noticed some common themes in the records: The whalers wrote that within a few years of starting to hunt in new waters, it became harder and harder to catch the whales. The historians wondered if the whales were learning to avoid the whalers, and Whitehead was immediately intrigued. "It piqued my interest because I am interested in whale culture and what whales learn from each other," he said.

He went looking for possible answers, using data from digitized logbooks to create a model to investigate reasons for the change. In the first few years after Europeans began hunting in the  North Pacific on a wide scale, the whalers’ success in harpooning dropped by 58%. This drop can’t be explained by taking out the vulnerable individuals or by the first whalers having more acumen. Instead, Whitehead and colleagues say that whales likely adapted and taught each other defensive tactics like diving deep to avoid the ships -- an example of whale culture.

Whaling ships weren’t exactly sneaky -- large ships would sail for days, looking for pods of sperm whales. When they sighted the animals, the whalers would climb into rowboats and try to strike them with hand-thrown harpoons. The process took minutes to hours and was laborious. In crunching the data from 77,649 days of voyage and 2,405 days on which whales were sighted, the researchers found the drop in successful harpoon strikes occurred within about 2.5 years, after which time the success rates stabilized. The research was published March 17 in the journal Biology Letters.

Whitehead said that the same whalers’ success wasn’t markedly different in other areas, indicating that the decline wasn’t due to the initial whalers being better at their jobs. The other potential explanation -- that the whalers were initially picking off the weak or sick individuals -- also didn’t produce the same kind of decline the model showed.