Miniature aircraft, powered by light, might offer new ways to explore the atmosphere of Earth -- or other planets.
Image 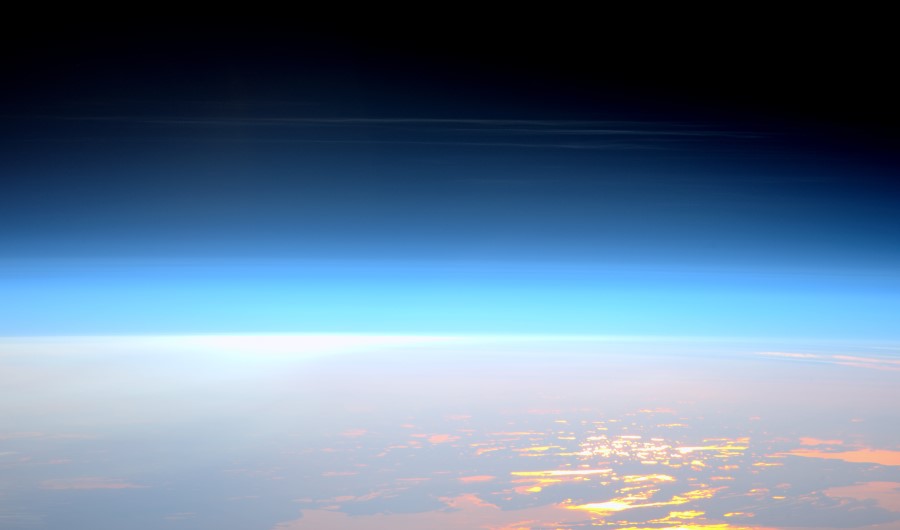 An image of high-altitude noctilucent clouds taken from the International Space Station. Noctilucent, or "night shining" clouds form in the upper layers of the mesosphere, near the boundary with the thermosphere.

(Inside Science) -- The upper atmosphere is a tricky place that’s poorly understood -- too high for airplanes and balloons to fly successfully, but too low for satellites. Rockets whiz through it, but only momentarily. “It’s sometimes called the ignoro-sphere,” said Igor Bargatin, a mechanical engineer at the University of Pennsylvania.

But there may be a new way to learn more about this part of the atmosphere -- also called the mesosphere -- by harnessing the power of levitation. It’s been known for a long time that really tiny particles could be levitated using laser beams and sunlight, said Bargatin. What he was able to do, with colleagues, was use the same force to levitate much larger quarter-inch-sized flying discs inside a vacuum chamber, opening the path to exploring levitation as a flight mechanism rather than a scientific curiosity. The work is described in a new paper published today in Science Advances.

The researchers created small, quarter-inch discs out of mylar – the thin, shiny material that often insulates space vehicles -- and coated the bottom side of the films with carbon nanotubes. The researchers then used a ring of LED lights to control the flight of the floating disks inside a vacuum chamber. The light caused the disks to come close to each other: “We called it the tango, because they rotate around each other,” explained Bargatin. Eventually, the researchers hope to be able to direct the craft to do certain activities in the real world, but in a vacuum chamber the space was limited.

Low-cost microflyers may one day do scientific work in the mesosphere -- about 31 to 53 miles above Earth. Bargatin said scientists could study how wind flows by watching how the tiny craft move. The microflyers could also be equipped with tiny chips to measure carbon dioxide or temperature -- all useful for climate modeling. Bargatin’s team is working on making structures that are more complex than a disc and that could lift larger weights. He also hopes to learn if the craft could fly on other planets like Mars -- which has an atmosphere whose density is less than the mesosphere.