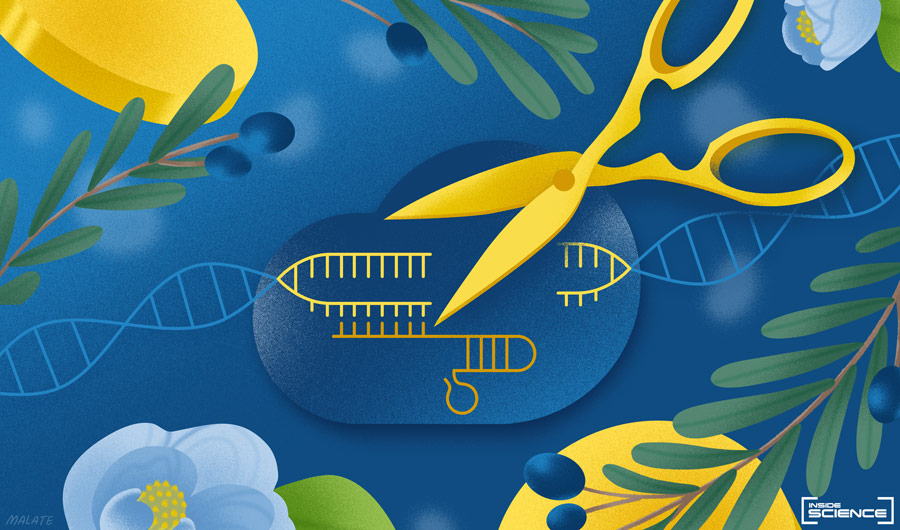 (Inside Science) -- The 2020 Nobel Prize in chemistry has been awarded to two scientists "for the development of a method for genome editing."

The prize goes jointly to Emmanuelle Charpentier of the Max Planck Unit for the Science of Pathogens in Germany and Jennifer A. Doudna, of the University of California, Berkeley and the Howard Hughes Medical Institute.

The two laureates developed a tool, called CRISPR-Cas9, that can precisely snip DNA -- the long molecular strings that hold the code of life -- at a desired position. This lets scientists easily change genetic material.

"This technology has transformed the molecular life sciences. We can now edit basically any genome and we can ask all sorts of different questions," said Claes Gustafsson, chair of the Nobel Committee for Chemistry, who spoke at the prize announcement.

CRISPR-Cas9 molecular scissors were borrowed from the natural defense system that bacteria use to protect themselves from viruses by cutting up the virus' DNA. In 2011, Emmanuelle Charpentier published a paper describing this system in the bacteria Streptococcus pyogenes, which causes numerous infections in humans. That year, she began collaborating with Jennifer Doudna, and together they simplified and adapted the system to work in a test tube. They also showed they could control the genetic scissors to cut DNA at a selected position.

"The genetic scissors were discovered just eight years ago, but have already benefited humankind greatly," said Pernilla Wittung-Stafshede, a member of the Nobel committee, who also spoke at the announcement. They have been used to make crops more pest- and drought-resistant and to develop new cancer treatments.

"Only imagination sets the limits for what this chemical tool, which is too small to be visible with our eyes, can be used for in the future," Wittung-Stafshede said. "Perhaps the dream of curing genetic diseases will come true."

Genetic engineering is not without controversy, though. Many, including the new laureate Doudna, have warned that CRISPR-Cas9 must be used cautiously, especially when editing humans' DNA.

This year's award ceremony will not feature the traditional banquet, which was canceled because of the novel coronavirus pandemic. Instead, laureates will convene digitally to give their talks, said Göran K. Hansson, Secretary General of the Royal Swedish Academy of Sciences.