Several exoplanets were found before the 1995 discovery that netted Mayor and Didier this year’s physics Nobel. Why weren’t the others honored?
Image 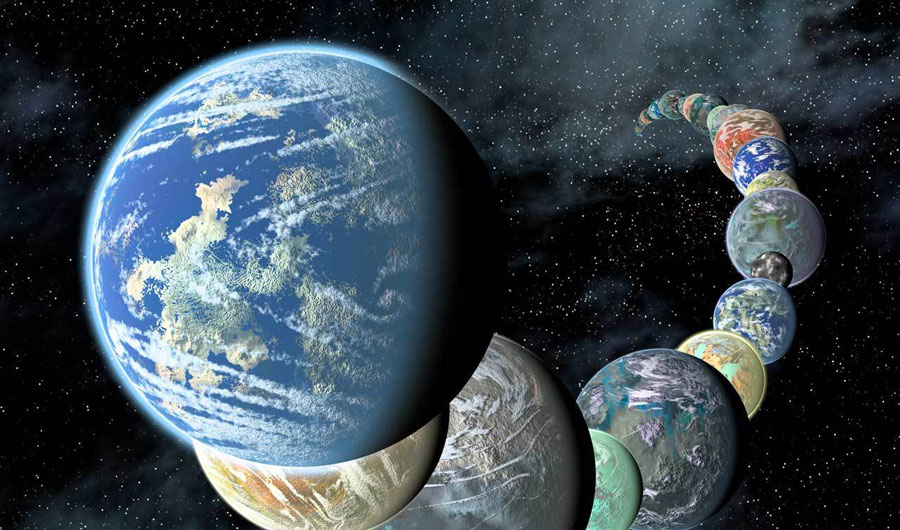 (Inside Science) -- Half of this year’s Nobel Prize in physics went to Michel Mayor and Didier Queloz “for the discovery of an exoplanet orbiting a solar-type star,” and the other half to James Peebles “for theoretical discoveries in physical cosmology.”

But five exoplanets -- planets from outside our solar system -- had already been discovered before Mayor and Queloz made their announcement in 1995. Why weren’t the earlier discoverers awarded the prize? Below, we speculate about the reasons.

Technically, the honor for the first discovery of an exoplanet belongs to a team led by astronomer David Latham. In 1989, they identified an object orbiting a star 126 light-years away in the constellation Coma Berenices, near the zodiac sign of Leo.

Known as HD 114762 b and sometimes referred to as “Latham’s Planet,” the object is at least 11 times more massive than Jupiter and orbits its star as tightly as Mercury orbits our sun. But, they originally thought it was a brown dwarf star that was a companion to its parent star. Some astronomers argue its status as an exoplanet wasn't confirmed until 2012.

The scientists who detected Latham’s Planet did so by observing changes in the color spectrum of the wobbling parent star due to the gravitational pull of its planet, or planets. That's similar to the technique Mayor and Queloz used to make their Nobel-winning 1995 discovery. It is also worth mentioning that Mayor was part of the team that made the 1989 discovery.

This observation method -- known as Doppler spectroscopy -- would become the second most common method for discovering exoplanets, responsible for the discovery of more than 700 exoplanets to date, roughly one-fifth of the total. The most productive method to date is known as “transit,” which looks at the partial eclipses created by exoplanets as they pass in front of their parent star.

You can learn more about the different methods for detecting exoplanets, including some of their pros and cons, on this interactive NASA website.

It's possible that those who made the 1989 discovery might not have made the cut because they didn’t know exactly what they were looking at. But the argument for excluding a finding from three years later is a bit more nuanced and perhaps even controversial.

In 1992, astronomers Aleksander Wolszczan and Dale Frail were the first in history to confirm and announce the existence of planets outside our solar system. The pair of planets, nicknamed Poltergeist and Phobetor, orbit around a rapidly spinning star, known as a pulsar, 2,300 light-years away from us.

They discovered the pair using a more specific method known as pulsar timing.

Pulsars are a very specific type of star. They are small, ultra-dense remnants of regular stars that have exploded in supernovae and turned into neutron stars that emit radio waves extremely regularly as they spin. If a pulsar is spinning in the right direction, astronomers can observe the sweeping beams of radio waves like sailors looking at a lighthouse.

Similar to the shift in the color spectrum of a wobbling parent star, the wobbling of a pulsar can be observed through changes in its otherwise extremely regular rotation.

However, pulsars are relatively rare in our universe. In addition, specific circumstances are required for planets to form around pulsars, which further narrows down the number of discoverable exoplanets using this method.

To date, there have only been 5 exoplanets discovered by pulsar timing. Because of this, one may consider the 1992 discovery less impactful than the 1995 discovery, where two exoplanets were found orbiting around a star much more similar to our sun.

“The decision [the Nobel Committee] made is reasonable, of course," said Jason Wright, an astrophysicist and colleague of Wolszczan's at Penn State University in University Park. "But we want to make sure that Aleksander Wolszczan and Dale Frail also get their credit for finding what is still the lowest mass exoplanet known. Or David Latham, who found what we now consider to be an exoplanet, in 1989."

Wright also mentioned that astronomers Gordon Walker, Bruce Campbell, and Stephenson Yang made significant contributions to the budding field of exoplanet hunting. The trio "discovered" an exoplanet in 1988, only to conclude in 1992 that it might not be there after all. But in 2002, strong evidence confirmed its presence.

We included Wolszczan and Frail in our prediction for this year’s physics prize, along with the winners Mayor and Didier. However, the prize is limited to three recipients, so all four could not have been honored.

“I would be delighted if the Science Committees follow the Peace Prize’s Committee’s lead, and gave awards to group discoveries,” Wright said. “I think they should even award posthumous prizes. Because it should be about the science and not the individuals.”

For more of Inside Science's coverage of the 2019 Nobel Prizes in physiology or medicine, physics, and chemistry, please visit our Nobel coverage page.