Indoor temperature and moisture in the U.S. is closer to climates in Africa than to anywhere else on Earth.
Image 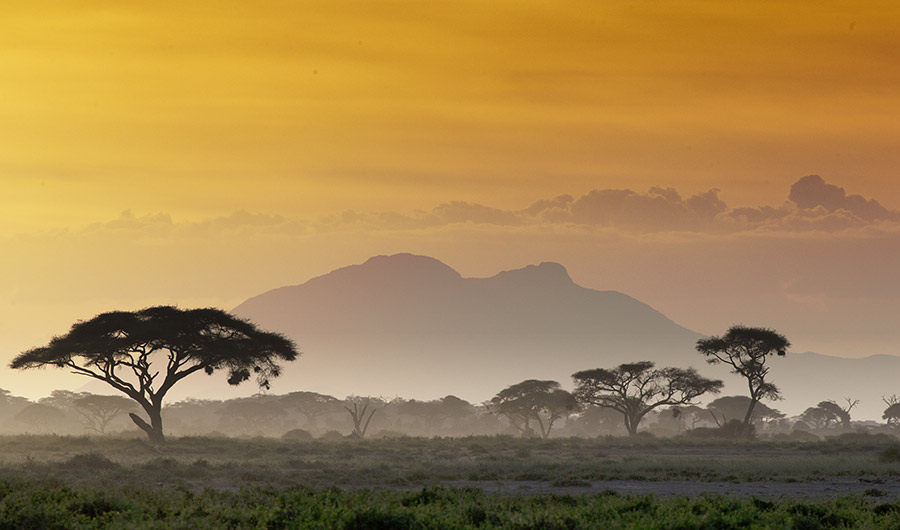 (Inside Science) -- Americans may be recreating the cradle of humanity with their thermostats. When researchers compared temperature and air moisture levels in 37 U.S. homes to outdoor climates around the world, they found that all but three of the homes were most similar to locations in Africa -- the same continent where the first humans arose hundreds of thousands of years ago.

The researchers weren't even trying to study human evolution, said Michael Just, an applied ecologist at North Carolina State University in Raleigh and first author of the study. They wanted to learn about the insects, microbes and other creatures that share our houses, and reasoned that our indoor ecosystems might resemble outdoor ecosystems where the climate is similar.

"I didn't know what the matches were going to be," said Just. "I didn't necessarily think they would all come from the area where modern hominids appeared."

To measure indoor climates, the researchers sent instruments that sensed moisture and temperature to citizen scientists across the U.S. Each participant kept an instrument in their home for a year, then mailed it back to the researchers so the data could be downloaded.

Next, the researchers compared conditions inside people's homes in a given season to the typical climate in the same season at locations around the world. The outdoor climate data came from a resource developed by the University of East Anglia in the U.K., which characterized climates on every continent except Antarctica based on measurements from weather stations and other sources. The continents were divided into grid cells measuring half a degree longitude by half a degree latitude, which at the equator is a little over 10,000 square miles.

For each house, the researchers calculated the grid cell with the most similar climate across all seasons. One house's match was located in Mexico, one was in Bermuda, and one was in Brazil. All the rest -- more than 90 percent -- were in Africa, generally in warm, arid regions. The best match for the average home was a spot in western Kenya. The findings were published today in the journal Royal Society Open Science.

One popular hypothesis holds that humans first arose in East Africa, right in the area where the average home matched. Some recent studies call this view of human origins into question, but experts still agree that our species evolved somewhere in Africa, most likely in a savannah-type landscape, according to David Reich, a human population geneticist at Harvard University who was not involved in the study. The first humans lived about 300,000 to 200,000 years ago, and while there may have been several migrations out of Africa, the one that resulted in our current spread across the globe happened within the past 50,000 years, according to Reich.

It makes sense that our species would have evolved to feel comfortable in the climate that surrounded us for most of our history, said Mark Maslin, a paleoclimatologist at University College London, who was not involved in the new study. But to the best of Maslin's knowledge, this is the first time anyone has compared American indoor climates with outdoor climates around the world. The findings suggest that even in a country where most people can set the temperature and humidity however they want, "they then choose something that harks back 100,000 years to Africa," said Maslin.

Maslin has worked in East Africa himself, and can attest that the climate there feels just right for humans.

"You walk out there in a T-shirt, and you just go, 'ooh, this is lovely,'" he said. "And occasionally at night you go, 'I think I might need a sweater.'"

Of course, Earth's climates have changed over time. But according to Maslin, East Africa has stayed about the same temperature for as long as humans have existed. Rainfall levels have fluctuated, but even at its wettest, the area would still have had relatively dry air compared to many parts of the world, according to Maslin.

That dry air was important, because humans have evolved to keep cool by sweating, said Ian Gilligan, an anthropologist at the University of Sydney in Australia who was not involved in the study. Sweating doesn't work well as temperature control in humid environments because the moisture can't evaporate off the skin as effectively. Gilligan found it striking that the homes in the study were consistently dryer than the environments immediately outside.

Gilligan said he would be interested to see how people keep their houses in other parts of the world, since there may be differences in preference based on culture and genetics. While the bulk of human evolution took place in Africa, humans now live in a wide range of environments, and many populations have started to adapt biologically to local climates. For example, people in cold places often have stockier body shapes that are better at conserving heat, said Gilligan.

We could also be adapting to the cozy indoor climates where we spend most of our time, speculates Gilligan. His own research suggests that populations that wear clothing eventually become less resistant to cold. And while the inside of a house may be similar to an African savannah, the house will probably stay more constant than any real outdoor climate.

"It's a bit of a worry, because what we'll be doing is we'll be losing our adaptations to environmental variation," said Gilligan. "We'll become less capable of coping with climate change."