Ancient Global Warming May Have Put Some Wildfires On Slow Burn

Clues hidden in leaf fossils reveal shift to vegetation that smolders rather than flares.
Image 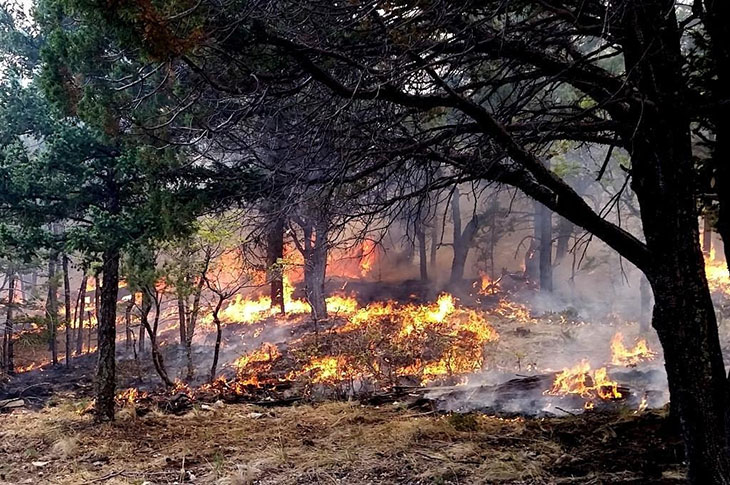 (Inside Science) -- In her latest effort to study ancient wildfires, Claire Belcher gathered conifer needles and arranged them in her lab into small piles that mimicked how leaves accumulate in the forest. Then she lit them on fire.

Belcher is an Earth systems scientist at the University of Exeter in England on a quest to piece together how ancient and modern wildfires have shaped the planet, especially its plants. One of her most important partners on that hunt never leaves the lab: a hulking piece of equipment called a cone calorimeter allows her and her team to test, in blazing detail, how easily leaves and other plant parts ignite and burn.

Now, in a new study, Belcher used the instrument to show that scientists can glean insights into the behavior of ancient wildfires by torching modern leaves that are similar in size and shape to fossilized leaves. The research provides a look at how wildfires may have changed during the transition from the Triassic geological period to the Jurassic around 200 million years ago, a time of rapid global warming and biological upheaval.

Belcher's approach is novel. Paleontologists typically study ancient wildfires by painstakingly counting bits of ancient charcoal preserved in rocks. More charcoal in a particular rock layer means more wildfires during the period in which that layer was deposited. But charcoal tells a rather dull story; it records the frequency of fires but leaves out the juicy details on the fires' speed and intensity, important drivers of plant evolution.

So several years ago, Belcher and her colleagues turned to plant fossils.

That's because the size and shape of leaves -- traits visible in the fossil record -- can impact how flammable the litter in a forest is, and thus how a fire behaves.

Although the remains of ancient leaf litters, which unlike charcoal degrade very easily, are notoriously hard to come by, Belcher and her colleagues drew from extensive fossil plant deposits in the Jameson Land region of East Greenland.

The fossils there make up some of the richest remains of vegetation that span the transition from the Triassic to the Jurassic when major volcanic activity is suspected to have spewed large amounts of carbon dioxide and other greenhouse gases into the atmosphere, contributing to rapid global warming. The period also marks one of the "big five" mass extinction events in Earth's history. More than half of the species living on land and in the oceans were killed off. At the Greenland site, 95 percent of the vegetation was replaced by newly evolving forms. (What caused the massive extinctions and species turnovers is still the subject of much debate.)

Using the fossils, Belcher and her colleagues showed in previous research that across the boundary the dominant, broad-leaved trees became locally extinct as plants with narrow leaves like ferns and needle-leaved conifers took their place. And because fossils don't burn, the researchers torched similar leaves from modern trees in the cone calorimeter to understand how the fossilized leaves may have burned.

"It's a nice way to try to do lab work on fossil ecosystems," said Bas van de Schootbrugge, a paleontologist at Utrecht University in the Netherlands who wasn't involved in the research. 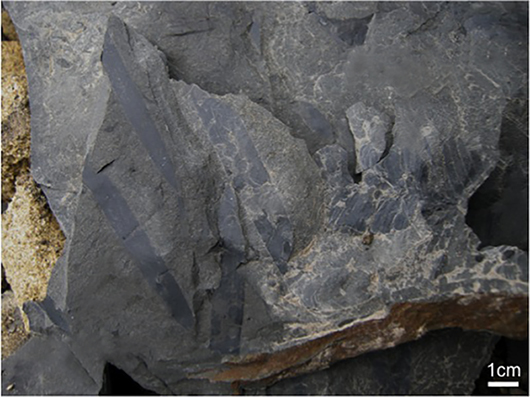 In East Greenland, broad-leaved plants that dominated Triassic forests (left) were replaced by narrow-leaved ferns and conifers (right) during the early Jurassic period.

In the earlier study, the researchers found that narrow leaves were more flammable than broad ones. And because the rock record revealed a fivefold increase in charcoal abundance, they argued that the warmer climate and more flammable plants together contributed to a dramatic rise in fire activity.

In the new research, Belcher used a similar approach, this time to investigate how the shift in vegetation may have altered the behavior, not just the frequency, of the ancient wildfires. Now, the experimental burns revealed that the conifers with broad leaves created leaf litters that burned intensely and rapidly and that litters composed of the smaller, needle leaves burned more slowly and steadily.

The work helps paint a more complete picture of those ancient wildfires.

Here's how the story goes, as she sees it. Before the Triassic-Jurassic boundary, in forests ruled by the less flammable broad-leaved plants, wildfires were ferocious but fleeting, rare disturbances. As the climate changed and the vegetation shifted to forests with narrower leaves, the fires became more frequent but blazed with less intensity, with each fire sustained for a longer period of time.

The alterations in fire regimes would likely have had ecological consequences, said Belcher. For example, when the fires burned for short, intense intervals, the fossil record suggests that they cleared the understory of trees only periodically. But when the conflagrations grew longer and more frequent, those trees didn't have time to grow back, and ferns, which we know can survive fires today, stepped into the breach.

"Therefore changes in fire behavior have been a major consequence of global warming events in Earth's past," said Belcher. "And these changes were able to add an additional driving force exacerbating ecological changes."

The research could begin to shed light on how wildfires have shaped the evolutionary history of plants over millions of years. And it may have implications for today's anthropogenic climate change.

"This is a really cool study . . . that allows us to examine changes in ecosystems during a period of higher atmospheric carbon dioxide and altered climate and fire activity," said Tom Minckley, a paleoecologist at the University of Wyoming who wasn't involved in the research. "That might help us understand which ecosystems we should be concerned about in the future as we experience levels of carbon dioxide that haven't been experienced for millions of years."

Still, it remains to be seen how broadly applicable the study's findings are.

"We've only looked at a subset of conifers but many other plants need to be considered now so that we can try and take a similar approach for other types of ecosystems dominated by different plants," said Belcher.

The research was published last week in the Philosophical Transactions of the Royal Society B as part of the themed issue "The interaction of fire and humankind." 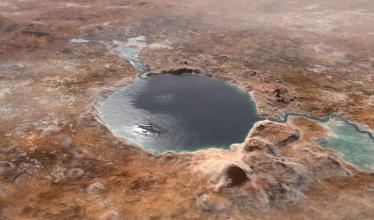