New findings suggest that a still-widespread tradition could cause increased lead levels in mothers and their children.
Image

(Inside Science) -- Eating clay has a strong history among women in Africa, a practice known as geophagy. According to tradition, pregnant women especially benefit from consuming clay to draw toxins from the body. It is believed that by binding to the clay in the gut, toxins are prevented from entering the bloodstream and instead are passed out of the body with waste. Clay could also treat nausea or provide a source of calcium and other minerals. A recent study in the journal Environmental Research shows that, despite the supposed benefits, geophagy could lead to harmful levels of lead in unborn babies.

In the U.S. the trendy consumption of "Healing Clay" is taking off. Celebrities and natural health enthusiasts tout it. Health cafes, and online stores offer a banquet of options. But, the FDA warns it could be unsafe to consume. Clay has also been used in over-the-counter medicines. Until the early 1990s, Kaolin, a soft white clay, was the active substance of Kaopectate, an anti-diarrhea medicine. It was replaced by attapulgite, another absorbant clay, until 2003 when the FDA deemed its effectiveness unclear.

"A large number of animals deliberately eat soil. So, it shouldn't be a surprise that humans also eat soil," said Peter Abrahams, a retired environmental geochemist who studied soil and human health. He said the presumed benefits are an "attractive hypothesis" to explain the practice, but they have never been proven.

A stroll through markets in Tanzania roused the interest of the Medical University of Vienna’s Ruth Kutalek. There she saw unfamiliar objects for sale alongside eggs, oranges and carrots. They were cigar-shaped clumps of clay, meant for eating.

Digging into the literature, Kutalek found that there are few places in the world where geophagy was not practiced at some point in history. She found that research indicates half of all pregnant women in Africa consume clay, but as Kutalek started talking to the women she began to believe that the numbers are much higher. Soil naturally contains at least traces of lead, and even small amounts of the metal accumulating in the body can cause problems. Kutalek wondered whether geophagy causes harm to women and their unborn children, and found a surprising lack of data. "No one researches it," she said. She began studying the issue with colleague Claudia Gundacker.

The team conducted a pilot study in two remote regions of the Democratic Republic of Congo, a large country in Central Africa.

They interviewed 48 women who, as one interviewee put it, "always have clay in their handbag." The women reported buying the clay from the markets or harvesting it from riverbeds. Kutalek and her colleagues didn't test the soil lead levels; instead they measured the amount of lead in blood collected from mothers and from umbilical cords after birth. The lead levels in the blood samples collected from mothers and children in the Democratic Republic of Congo was more than four times higher than what they found in Austria, where the mothers tend not to practice geophagy. Newborn babies in the Democratic Republic of Congo had an average blood lead level of 60 micrograms of lead per liter, whereas in Austria the average was 13.

Because lead accumulates in the body, the Centers for Disease Control and Prevention say there is no safe blood lead level for children. However, the CDC and the Environmental Protection Agency identify a blood lead level of 50 or more micrograms per liter in children as a particular area of concern. They both agree that any level of lead can impact the baby's growth or hearing, or cause learning and behavior problems. In extreme cases, lead poisoning can result in death. Lead poisonings in the U.S. have decreased since lead was removed from gasoline and paint in the late 1970s. However, people can still be exposed to lead from paint dust, old water pipes, or pottery.

"Lead accumulating in the body is harmful for neurodevelopment of the fetus. We don't know what is a non-harmful level [of lead]. There should be zero lead consumption," she said.

Kutalek believes her study begins to expose a link between geophagy and elevated blood lead levels -- enough to convince her that clay should not be consumed, especially by pregnant women.

Sera Young, an anthropologist at Northwestern University, said it is "highly plausible" that geophagy caused the elevated levels of lead Kutalek found, but additional tests are needed to confirm the source of lead. "Finding women that didn't eat the earth [in the Democratic Republic of Congo] would provide a nice counterfactual," she said. Young noted that a person can come in contact with lead through a variety of sources, such as some pottery or paints. "Testing the earth will increase plausibility," she added.

Abrahams wasn't surprised by Kutalek's findings. "I would never recommend [eating earth]. There are a number of risks for pregnant women, and exposure to lead is a risk to the unborn baby," he said.

But, ask Abrahams if he has eaten what has been called "the world's oldest human medicine" and he'll say, "Of course! Everyone has accidentally eaten soil in some small amount." Abrahams noted that children could ingest soil while playing outdoors, or people can ingest small amounts of soil when eating unwashed vegetables. While there are risks, there are also potential benefits.

"Some soil has beneficial bacteria," he said and added that some modern lifestyles are perhaps too clean. By sterilizing our environment, we wash away beneficial bacteria, which can protect against diseases like asthma. He said this is called the "hygiene hypothesis." 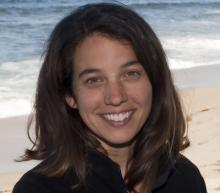