Researchers suggest that a previously unidentified factor may drive whales to migrate.
Image 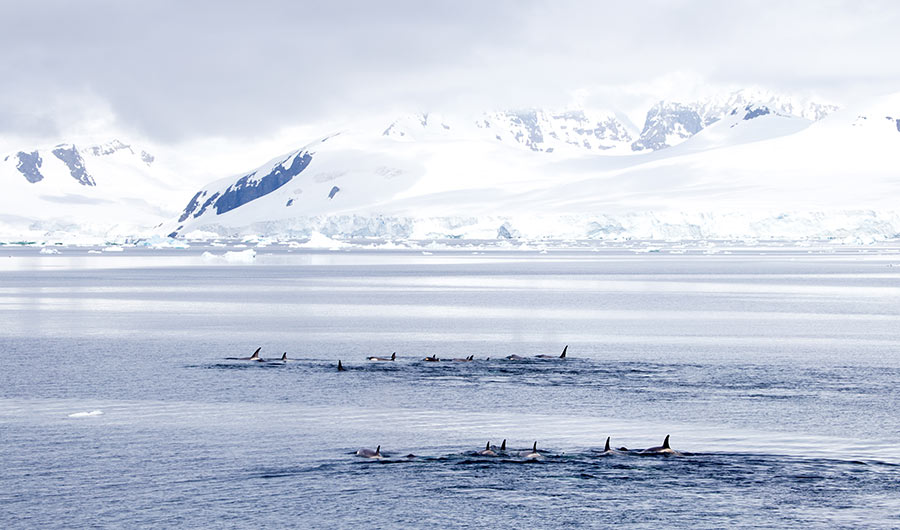 Killer whales in the waters of Antarctica's Gerlache Strait

(Inside Science) -- Many whale species thrive in the frigid waters of the poles, which are more abundant in fish and plankton than tropical seas. Most whales migrate away from this rich source of food at least once a year, but the reason has remained a mystery. Previously, scientists suggested that the marine mammals might be motivated by a need to breed or rear young in warmer waters, away from predators and harsh temperatures. New research suggests a different reason: the need to maintain clear skin.

“This is millions of tons [of whales] migrating thousands of miles annually, and scientists have never come to a consensus about why whales bother to do this,” said Robert Pitman of Oregon State University Marine Mammal Institute. To untangle this mystery, Pitman and his team turned to Antarctic populations of killer whales, a species whose migrations haven’t previously been comprehensively studied.

From 2009 to 2016, Pitman’s team used satellite tags to track 62 Antarctic killer whales as they made three- to four-week journeys north. The authors say the longest of these, a round trip of 11,000 kilometers, is the longest killer whale migration ever documented.

More stories about whales from Inside Science

Most migrating whales spend summers near the poles and their winters in warmer waters, but the Antarctic killer whales' migrations were not tied to a specific schedule or time of year. After a round trip to the coast of Brazil, one whale stayed in the Antarctic for just 10 weeks before making the journey again. It's the first observation, the authors say, of an animal undertaking two long-distance migrations in the same year.

The whales’ paths were fast and direct, with none of the meandering or deep dives that would suggest they were exploiting alternative sources of food. Nor was there any evidence that calves were born up north. In fact, other research teams had observed newborn calves in the Antarctic waters, and the return migrations were probably too swift for a newborn to keep up.

What Pitman did notice was that pictures taken of the whales near Antarctica showed the whales with a dingy, greenish hue. That discoloration is the work of a type of algae called diatoms. Over time, just as boat hulls collect algae, a layer of diatoms builds up on the whales’ skin. “These whales are just disappearing from their study sites for a while and they're kind of yellow, then they're coming back and they're pristine-looking,” said Richard Connor of the University of Massachusetts Dartmouth, who was not involved with the study.

Normally, whales continually slough off old skin, along with the bacteria and diatoms that collect on it. But in the frigid Antarctic waters, killer whales shunt blood away from their skin, and the normal cycle of skin regeneration is interrupted. That becomes a problem, as new skin is important for growing calves and the process helps heal wounds and prevent bacterial infections. “We shed our skin constantly for all the same reasons,” said Pitman. The trip north to warmer waters, he says, lets the whales renew their skin.

Pitman and his co-authors first offered the idea that the migrations could be part of killer whales' skin care routine in a 2011 paper in the journal Biology Letters. Now they argue in the journal Marine Mammal Science that the need to molt is a driver of migration for all polar-dwelling whales.

Pitman has observed diatom buildup on baleen whales and other species that usually live near the poles, but typically don't display the same dinginess in warmer waters. Early whalers, he says, thought diatom-covered blue whales in the Antarctic were an entirely different species than the clean-skinned ones found elsewhere.

“They called them sulfur bottoms, because their bellies got completely discolored,” said Pitman.

But Connor believes Pitman’s paper may be overlooking an important reason why baleen whales and other species migrate -- to bear young away from the threat of killer whales, which tend to have denser populations near the poles. Killer whales are a major predator of other whales’ calves. In 1999, Connor authored a paper arguing that the avoidance of killer whales was the major driver behind the migrations of baleen whales and other species. "Losing your calf is a pretty big deal," he said. He thinks that shedding away old skin may just be an added benefit of the trip.

Pitman noted that other research dismisses the predation argument, arguing that whales migrate to protect their calves not from killer whales, but from the polar cold.

“The fact that people couldn't agree on all those other ideas, I think tells us that something's going on there that maybe we haven't considered before,” Pitman said. “Our paper is the first time in quite a while that's come up with something that's just completely different as an explanation.” 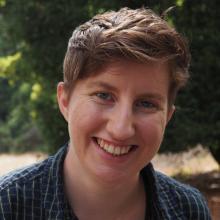