Omnivores' diets may depend on the amount of salt in their environments.
Image 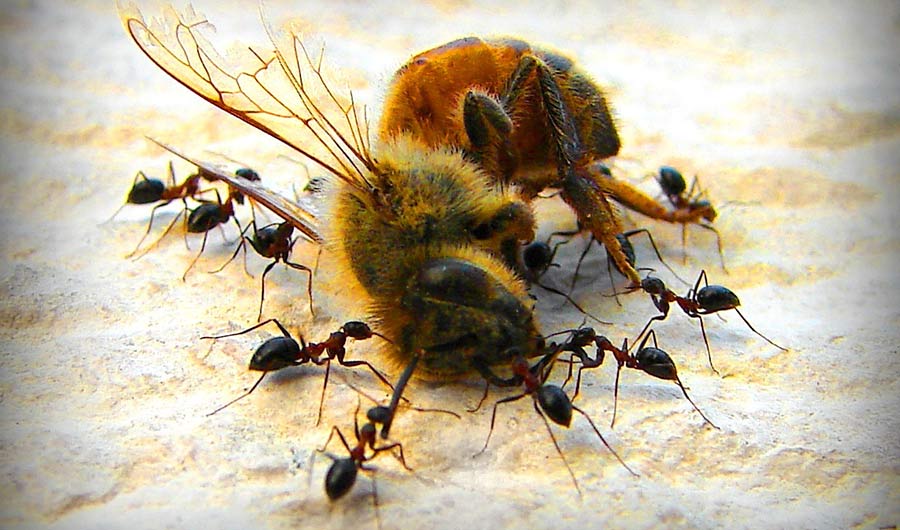 (Inside Science) -- For some meat-eating animals, the thirst for blood may actually be a craving for salt, according to a study of ants' eating habits.

Ants and other animals require sodium in order to maintain fluid balance and send nerve signals. Plant tissues are often low in salt, which is why some herbivores turn to salt licks or even puddles of urine. But salt shortages are less of a problem for animals that can eat meat.

"If you're an organism that has diet flexibility, when salt is in shortfall you can easily attain it by eating meat instead, since animals basically are walking salt packages," said Natalie Clay, a community ecologist at Louisiana Tech University in Ruston and first author of the study, which was published last year in the Journal of Animal Ecology. Clay presented the findings this past August at the Ecological Society of America meeting in New Orleans.

To find out whether the need for salt influences omnivores' diet choices, Clay and her colleagues collected omnivorous ants from 10 pairs of sites, matching up locations that were similar in latitude but different in distance from the coast. The researchers found 39 instances where the same ant species was present at both the inland and the coastal site, allowing them to compare the ants' diets in salty versus salt-poor environments.

According to chemical analyses of the ants' bodies, ants tended to hold a higher position in the food chain in places where salt was scarce. This means the salt-restricted ants were either eating more meat, or eating animals that were higher on the food chain -- both strategies that would increase their salt intake.

In most of the site pairs, the coastal location was saltier, and coastal ants were less carnivorous. However, there was one pair where the inland site was much saltier, and in that case the ants' dietary patterns were reversed. This suggests that ants really do adjust their diets in response to salt, rather than to some other characteristic of coastal versus inland habitats.

The findings could have large implications for ecosystem structure, especially if they hold true for other types of omnivores, said Clay. Moreover, she added, they raise questions about what humans are doing to ecosystems when they spread salt on roads or expose it through mining.