Are All Alien Encounters Bad?

Non-native species unfairly get a bad rap according to a new study.
Image 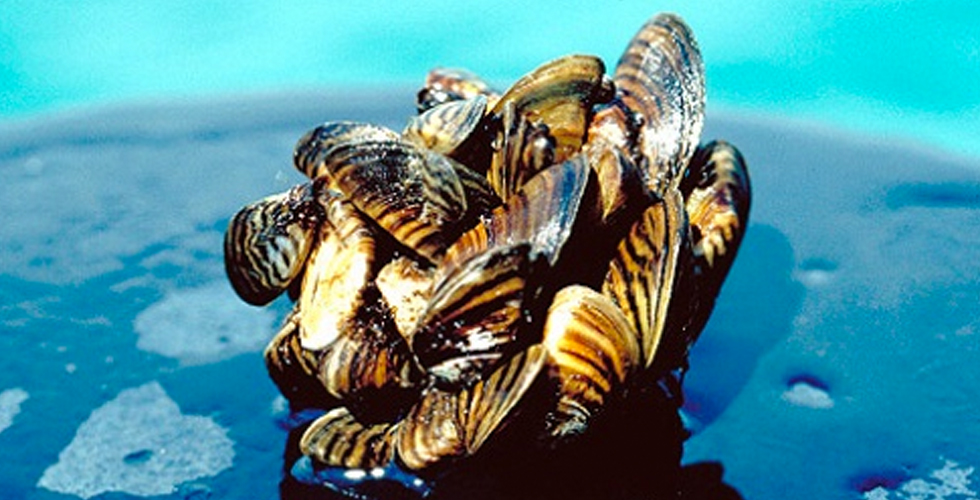 Zebra mussels were first detected in the Great Lakes in 1988. It is thought that they were introduced into the Great lakes from ballast water of ocean-going ships.

(ISNS) -- The pages of ecological history are filled with woeful tales of destruction from non-native species -- organisms that originated elsewhere.

Kudzu, a fast-growing vine imported from Japan, now chokes out many native plants across the southern United States, Zebra mussels native to the Caspian Sea have reduced the food supplies of native fishes in the Great Lakes, and rats imported to New Zealand have decimated the native bird populations.

Examples of the damages caused by these so-called "invasive species" are seemingly as endless as the amount of battles waged against them.

But are all non-native species bad?

In a letter published in the journal Nature this past June, Davis and 18 other ecologists argued that these destructive invasive species -- or those non-native species that cause ecological or economic harm -- are  only a tiny subset of non-native species, and that this tiny fraction has basically given all new arrivals a bad name.

Take Devil's claw -- a plant that produces hooked pods for increased seed dispersal -- which was imported to the Australian outback during the 19th century as a horticultural oddity. Despite research failing to show that the species has any significant effects on local biodiversity or nutrient cycling, the government has spent the last 20 years trying to remove this plant from the Australian landscape. Efforts that according to Davis are an unwise use of scarce resources that automatically target non-native species simply because they're newly arrived immigrants.

"What's native and non-native is quite arbitrary," Davis said. "It depends on what time in the past a species has to have been there to be considered native, and everything after that is non-native. Unless a species evolved in a particular site, all species are ultimately introduced."

Many of the species we see as part of the quintessential American landscape -- honeybees, earthworms, and even the amber waves of grain celebrated in song -- are actually imports from Europe. Davis said that most species arrive from somewhere else, so someone's definition of "native" depends on how far back they turn the clock. Turn it back far enough, and essentially every living organism could fit the definition.

The origin of a species may not tell you everything about it, said University of Tennessee - Knoxville ecologist Dan Simberloff, but it tells you a lot. The very next month, Simberloff and 141 fellow ecologists published a formal objection, also published in Nature, to the Davis group original piece.

Also, Simberloff said that plenty of native species are pesky and harmful, but they rarely cause the large-scale damage done by non-native species. In that sense, it's both fair and prudent to act quickly and decisively against newly arrived species -- but this move is less about mistrust of non-native species and more about trying to prevent damage from a potential invasive species.

According to Simberloff, of the 7,000 estimated non-native species present in North America, approximately 1,000 are considered invasive. Clearly, invasive species are in the minority, but their small numbers don't keep them from causing hundreds of billions of dollars in economic and ecological harm. If researchers waited to evaluate the harm caused by a non-native species, as Davis proposed, conservation managers would lose valuable time in which to act.

Another reason is that the harm done by an invasive species isn't always immediate. Sometimes a non-native species can arrive and live quietly for years before erupting into a full-fledged invasive species. The Brazilian pepper shrub was imported to Florida from South America in the mid-19th century as an ornamental plant, and posed no problems for nearly a century. But in the 1930s it began to spread unchecked, and now infests over 700,000 acres across Florida, the plant's dense canopy inhibiting the growth of native species.

"We're not good at figuring out which species might be damaging," Simberloff said.

But the management of invasive species usually happens on a very tight budget, said Peter Kareiva, chief scientist at The Nature Conservancy. Every day, according to Kareiva, policymakers and ecologists try to figure out which species might be harmful, which invasive species are doing the most damage, and which of these might respond best to eradication efforts.

"Most ecologists think in terms of invasive or not invasive," Kareiva said. "If a species is non-native and not invasive, then we wouldn't pay much attention to it."

Researchers have spent years trying to answer the question of what makes a non-native species become invasive, but Kareiva would like to see them answer another question.

"When invasive species first show up, can we predict which ones are going to become major modifiers of ecosystems or harm other species?" asked Kareiva.

The answer to this question may help ecologists and conservation managers take more steps to maintain native biodiversity and ecosystem functioning -- the ultimate goal of all sides in this debate.