NASA practices for a visit to the planet Mars and other destinations in the deserts of the Southwest. 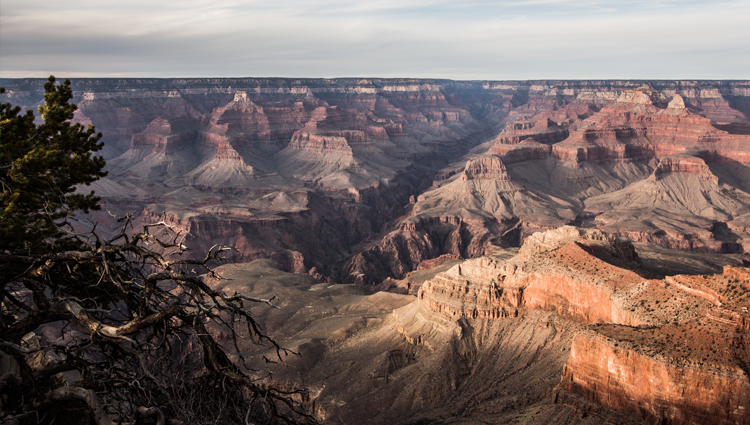 WASHINGTON (ISNS) -- What's it like to be on an alien planet? According to NASA, it could be pretty similar to a trip to the Grand Canyon.
For many first time visitors to the southwestern United States, the high deserts between the magnificent Grand Canyon and the spires of Monument Valley in northern Arizona seem like an alien world -- and NASA feels the same way.
For the last two weeks, NASA's Desert Research and Technology Studies team -- or Desert RATS -- have tested rovers and equipment in the Arizona high country to prepare for the day when astronauts set foot on Mars and beyond.
If space travelers wanted to pick the best landing spot to explore and study the Earth, they would very likely consider northern Arizona, said David Portree of the United States Geological Survey in Flagstaff, Ariz. "There are so many geologic processes at work here in one relatively small area."
The Desert RATS have visited the area for two weeks every year since 1998, but this year the scientists are using two crews and two manned rovers for the first time in an effort to understand how best to communicate with both mission control and a scientific base camp. NASA wants to know if the crew would be more effective explorers if they were in constant contact with mission control or if instead they only had to call in a couple times a day. Many previous teams have studied the same areas, so NASA can rate the success of this year's team against other simulated missions.
"These space exploration vehicle concepts will help future astronauts explore various planetary surfaces ranging from near-Earth asteroids, the moon and/or Mars; build a long-term space presence; and conduct a wealth of science experiments," said James Rice of the NASA Goddard Space Flight Space Center in Greenbelt, Md., in a press release.
The mission hardware being tested consists of a variety of high-tech rovers and robots to help the astronauts perform experiments and move cargo. And because the living habitats and rovers are large and pressurized; unlike the Apollo astronauts, the Desert RATS don't have to wear space suits indoors, letting them live comfortably for their week-long stays in the rovers.
"All in all, we don’t have a large amount of space, but in general it is a comfy environment with all the accommodations that we need," said NASA Goddard geologist Jake Bleacher. "I've certainly been in harsher living conditions while conducting field work for my own research."
This isn't the first time NASA astronauts have used the high deserts of Arizona as a training ground. In the run up to the moon missions, lunar rovers and space suits were tested in explosives-derived blast craters created outside of Flagstaff to simulate what the Apollo astronauts would experience. In 1967, the agency replicated 10 acres of the lunar surface know as the Sea of Tranquility, the site where the Apollo 11 astronauts would eventually land.
Portree said the Grand Canyon area has been such a great proving ground for astronauts because the region has experienced lava flows, an asteroid impact, and areas of extreme erosion.
"Training was not only for moon landings -- it was also designed to teach astronauts who would be working in Earth orbit about geology so that they could understand what they saw from space," Portree said. "It's a natural place for teaching astronauts (or students) about different kinds of geology."

Researchers Study Violinists To Learn How Humans Act in Synchrony
Alligators May Be Able to Survive Venomous Snake Bites
New Theory Says We’ve Been Wrong About How Bubbles Pop
Crustacean Genes May Solve Debate Over How Insects Evolved to Fly
Some Beetles Survive Being Eaten, New Study Finds
END_OF_DOCUMENT_TOKEN_TO_BE_REPLACED

COVID-19 Vaccine, Sharks and Mezcal
Crabs Use Belly Sounds To Communicate
Touring The Trinity Test Site
Protests, A Retracted Paper, and a Super-Earth Planet
Why Is an Empty Shampoo Bottle So Easy To Knock Over?
END_OF_DOCUMENT_TOKEN_TO_BE_REPLACED