Astronauts May Grow Better Salads On Mars Than On The Moon

Astronauts May Grow Better Salads On Mars Than On The Moon

(Inside Science) -- Any explorers visiting Mars and the moon will have to boldly grow where no man has grown before.

Setting up lunar or Martian colonies will require that explorers raise their own food. New research finds that simulated Martian soil supported plant life better than both simulated moon soil and low-quality soil from Earth. But many problems must be solved before astronauts can pick their first extraterrestrial eggplant. The study appears in the journal PLOS ONE.

"Research like this is needed to fine-tune future plans for growing plants on Mars, which I think is going to be a very useful thing if we want to have colonization or even a shorter-term stay on Mars," said John Kiss, a plant biologist at the University of Mississippi in Oxford, who did not participate in the research. "It's hard to carry all the food with you."

No one has ever grown plants in Martian or moon soils, but scientists from the Apollo project rubbed and dusted moon materials on plants to see if the soil was toxic. More recently, a Russian group showed that marigolds could grow and flower in simulated moon soil.

Wieger Wamelink, an ecologist at Alterra Institute at the Wageningen University and Research Center in the Netherlands, and his colleagues used soils that mimic the extraterrestrial ones. The simulated moon soil comes from a volcanic field outside of Flagstaff, Arizona, while the Mars soil comes from a cinder cone in Hawaii. Both soils have low nutrient levels, except the mock Mars soil has low levels of organic carbon, which would be absent in the real thing. For an earthen control, they also used a low-quality sandy soil harvested from a site near the Rhine River in Europe.

The researchers planted more than 4,000 seeds from 14 different plants, both food crops and hardier wild plants. Some of their experimental species are "nitrogen-fixers" which carry special bacteria that provide the plant with nitrogen compounds. Ideally, these plants could grow in the soil and then be tilled under to provide nutrients for food crops.

The plants popped up much faster than expected, at least on the Martian and Earth pots.

"I didn't expect many plants to germinate because I know there are a lot of heavy metals in the soils," said Wamelink. "On the Martian soil it went very well - much better than we thought. It was really a surprise to us."

The growth on the simulated moon soil does not bode well for future lunar colonies, however. All of the species grew poorly and most died before the end of the experiment. Wamelink suspects that the high levels of toxic aluminum in the soil, its highly alkaline pH and the soil's poor water retention caused the lackluster growth. Genuine lunar soil might fare differently.

Extraterrestrial soils are known to have large amounts of aluminum and other metals which can arrest plant growth, and potentially create toxic vegetables. But growing plants laced with aluminum might not be a bad thing, if it provides a way to harvest metals.

"Plants, besides feeding the astronauts, are going to be drawing nutrients from the exterior environment and bringing it into the habitat," said Robert Ferl, a botanist at the University of Florida in Gainesville, who studies plant growth in space and was not involved in the new research. He pointed out that any atom that astronauts can collect from the environment is an atom that they don't have to bring with them.

The researchers observed the plants for 50 days. Wamelink and his colleagues had originally overlooked an important aspect of plant growth on untested celestial bodies: pollinators. Because there are neither insects nor wind in the greenhouse, the researchers themselves played the role of bees. They moved pollen between the individual plants with a paintbrush, which was both time-consuming and difficult. Only field mustard (Mars soil) and garden cress (Mars and Earth) produced seeds. He suspects that astronauts would need to bring insects with them to pollinate the crops.

"You need to set up a small ecosystem," said Wamelink. "It's much more complicated than we first thought."

Bacteria and fungi -- the "good ones" that help to break down plant matter to provide nutrients, not the "bad ones" that could cause disease in the plants or astronauts -- will be important to create compost, to fertilize the plants, said Wamelink. Waste from the astronauts themselves could also be used as fertilizer.

Mars has about three-eighths the gravity of Earth, and the moon just one-sixth. But this is unlikely to be a problem. Experiments on the International Space Station with model plants find that they can definitely grow at the same gravity found on Mars and possibly even at lower levels, said Kiss.

However, Wamelink envisions that Martian greenhouses would need to be underground so that plants would survive the harsh radiation.

Before plants can be established on Mars, Kiss thinks that we need to figure out ways to shield living things from radiation for the trip through space, and for life at another orb's surface. He said we may need to breed or genetically engineer plants that are resistant to radiation's effects.

NASA is developing a self-contained greenhouse which they plan to send to the moon to see if seeds can germinate in its harsh radiation and reduced gravity. Researchers had proposed that a similar container be sent to Mars, but the project was not selected for the Mars 2020 mission. 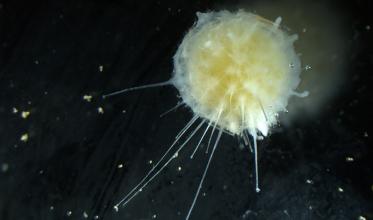 Dark Energy Skeptics Raise Concerns, But Remain Outnumbered
Listeria or Hysteria? Why Brits Fear American Chlorinated Chicken Imports
Genetically Engineered Virus Protects Mice Against Deadly Effects of Nerve Gas and Pesticides
Which Evolves Faster, Culture or Biology?
In About 60 Years, a 'Guest Star' May Shine as One of the Brightest in the Sky
END_OF_DOCUMENT_TOKEN_TO_BE_REPLACED