A DNA tool provides a high-resolution view of biodiversity and ecological processes. 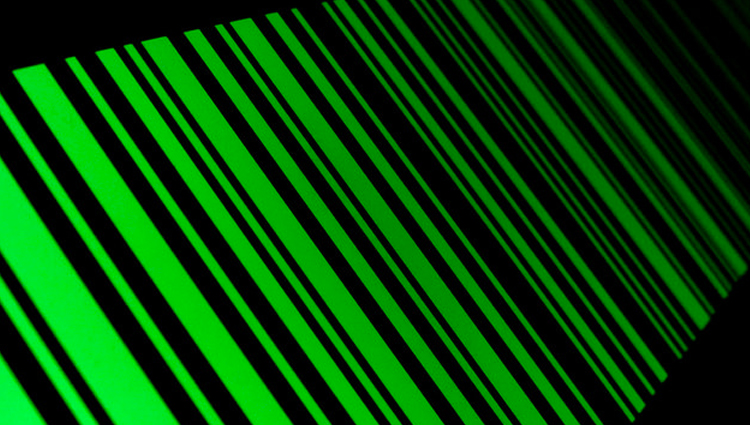 (Inside Science) -- You're probably familiar with barcodes, those black and white stripes on most store items that bring about the familiar "beep" when scanned at checkout. They determine whether a scanned item is a gallon of milk or a can of tomato soup.

Eight years ago, biologists developed their own sort of barcode that's also used for identification, but these barcodes aren't printed on the outside of items. Instead, they are found inside the DNA of plants and animals studied by biologists.

Research presented this week during a meeting of the Ecological Society of America reveals that genetic barcodes have become a powerful tool in ecology, not just for identification, but also for understanding ecosystem interactions.

Genetic barcodes are a sequence of a particular segment of DNA that has just the right amount of variability to identify what species it came from. When an unknown creature -- or part of a creature -- is found, its tissue can be barcoded. If the sequence matches another barcode in one of several international databases, the creature's identity is revealed.

Biologist Dan Janzen of the University of Pennsylvania has been studying insects and the plants they eat in the northwestern corner of Costa Rica since 1975. Janzen and collaborators collected nearly half a million caterpillars, reared about 5,000 different species of moths and butterflies to adulthood and inventoried 2,000 species of insect parasites -- or so Janzen thought.

In 2003, Janzen’s group began barcoding their insect inventory. What they had assumed was a single butterfly species eating 10 different species of plants actually turned out to be 10 separate butterfly species each consuming a single plant; what looked like a single wasp species was really 36 distinct species; and what appeared to be 16 species of flies were in fact 73 unique species.

In one instance, Janzen had collected imperial moths living just one kilometer apart. The DNA barcodes from the two populations had an 8 percent difference, evidence of a single species splitting in two.

On the French Polynesian island of Moorea near Tahiti in the South Pacific, a massive barcoding effort has been in the works for four years. From the tops of its mountains to the depths of its ocean, an international team of scientists has been identifying and barcoding all organisms larger than about a millimeter.

To date, the scientists have inventoried more than two-thirds of the island's inhabitants -- about 6,500 species. Such comprehensive coverage is the first step for studying the ecosystem in places where there aren't many recognizable features of a critter -- say, the insides of a fish's stomach.

Deciphering a fish's diet from its stomach contents is like determining what clothes produced the lint in your clothes dryer, explains Chris Meyer of the Smithsonian Institution and director the Moorea Biocode Project. If you find a button, it's easy to tell what pair of shorts it came from. But what if those bits of stringy fluff came from your blue towel or your blue jeans? That's where barcoding offers a powerful solution.

Meyer and his colleagues, Matthieu Leray and J. T. Boehm, sequenced the fluffy stomach contents of three species of fishes, teasing out barcodes from the collective mush. An astonishing 69 prey species matched barcodes from their database -- an assortment of creatures including worms, other fish, mollusks, and crustaceans. Surprisingly, only two prey species -- a snapping shrimp and a squat lobster -- were eaten by more than one type of predator. Meyer said that the predator's choice of prey, at least for the species in this study, "are more highly partitioned than we expected."

Ecologists are starting to wire such detailed predator and prey linkages into ecosystem models to test how such resource partitioning might support the resilience of the reef, especially when faced with stressors such as climate change and recent increases of invasive species.

Barcoding projects are now underway throughout the globe. Near the Arctic Circle in Churchill, Canada, scientists have cataloged 6,000 species, including an unexpectedly large number of insects. In New Guinea, barcodes are used to understand the evolution of butterflies. And in Puerto Rico they're used to decipher how forests are structured.

"Barcoding is like turning up the microscope from 10x to 100x," Meyer said. This helps to give researchers a more detailed picture of the ecosystem than previously seen.

Around a World That Is Practicing Social Distancing
Disgust Evolved To Protect Us From Disease. Is It Working?
Lab-Grown Meat Climbs to New Heights on Scaffolds of Soy
Ethical Anguish in a Time of COVID-19
Fighting Misinformation About a Novel Disease
END_OF_DOCUMENT_TOKEN_TO_BE_REPLACED