Female convict cichlid fish turned from optimists to pessimists when separated from their chosen partners.
Image 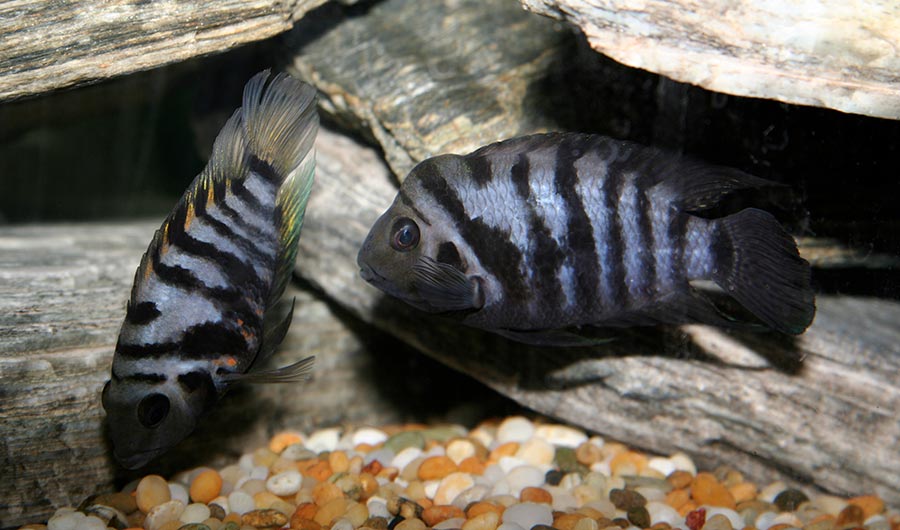 (Inside Science) -- Being stuck with an unwanted romantic partner is enough to put a girl in a bad mood -- even when that girl is a fish, according to a new study. When researchers removed a female’s chosen mate and left her with a male she had rejected, the females showed pessimistic behavior, taking longer to investigate boxes that might or might not contain food.

“It is, as far as we know, the very first demonstration of emotional bonds between partners in non-human species,” said Francois-Xavier Dechaume-Moncharmont, a behavioral ecologist at the University of Burgundy in Dijon, France and one of the study’s authors.

It may seem obvious that an animal that mates for life will feel something for its partner. Indeed, many species display what look like signs of affection, from wolves nuzzling to cockatoos preening each other’s feathers, and there are reports of swans and monkeys apparently grieving for lost partners. But to assess the emotions of animals objectively, scientists must put aside what a behavior looks like and conduct carefully designed experiments.

One type of experiment rests on the assumption that an animal’s mood biases its worldview, affecting many types of decisions. This is certainly true of humans; for example, people interpret ambiguous sentences more negatively when they are feeling anxious. Mood-related biases have also been found in everything from canaries to bumblebees.

In the new study, the researchers used this approach to study the emotions of small Central American fish called convict cichlids. They trained female cichlids to distinguish between black- and white-lidded boxes placed in different corners of their tank. Only one type of box contained food. For example, a fish might learn to remove black lids from boxes on the left, but to ignore boxes with white lids placed on the right because they were always empty.

The mood test came when the researchers presented the fish with a new type of box -- one with a gray lid, located in between the two corners where the other boxes had appeared. The fish had no way of knowing whether this new box with intermediate signals contained food. The researchers expected that a happy, optimistic fish would open the new box immediately, while a sad fish, they thought, would be likely to assume the box was empty and approach more sluggishly.

This test allowed the researchers to explore how females felt about their mates. Convict cichlids mate for life and cooperate to raise young, with females tending the eggs while males patrol for danger, said Dechaume-Moncharmont. Once the young hatch, both parents will grab any babies that stray too far and carry them back to the nest in their mouths.

A well-matched cichlid couple can be a formidable team. When a predator approaches, both parents attack together, their combined ferocity often driving away much larger fish. Nesting cichlids will even attack the hands of researchers who try to clean the aquarium, said Dechaume-Moncharmont.

“They are not frightened by your size,” he said. “Sometimes their bite was strong enough to make my finger bleed.”

On the other hand, a poor match can spell disaster. The male and female may fight with each other, and males have even been known to cannibalize their own offspring and mates, said Dechaume-Moncharmont. Females tend to prefer males that are about 30 percent larger than themselves -- big enough to defend the nest, but not so big that they view their own partner as food.

In the new study, the researchers gave 35 females a choice of two males, separating the fish with mesh screens. Females quickly bonded to their favorite male, swimming close to him and engaging in courtship displays. Then, the researchers removed one of the males from the tank -- either the female’s chosen mate, or the one she had rejected. 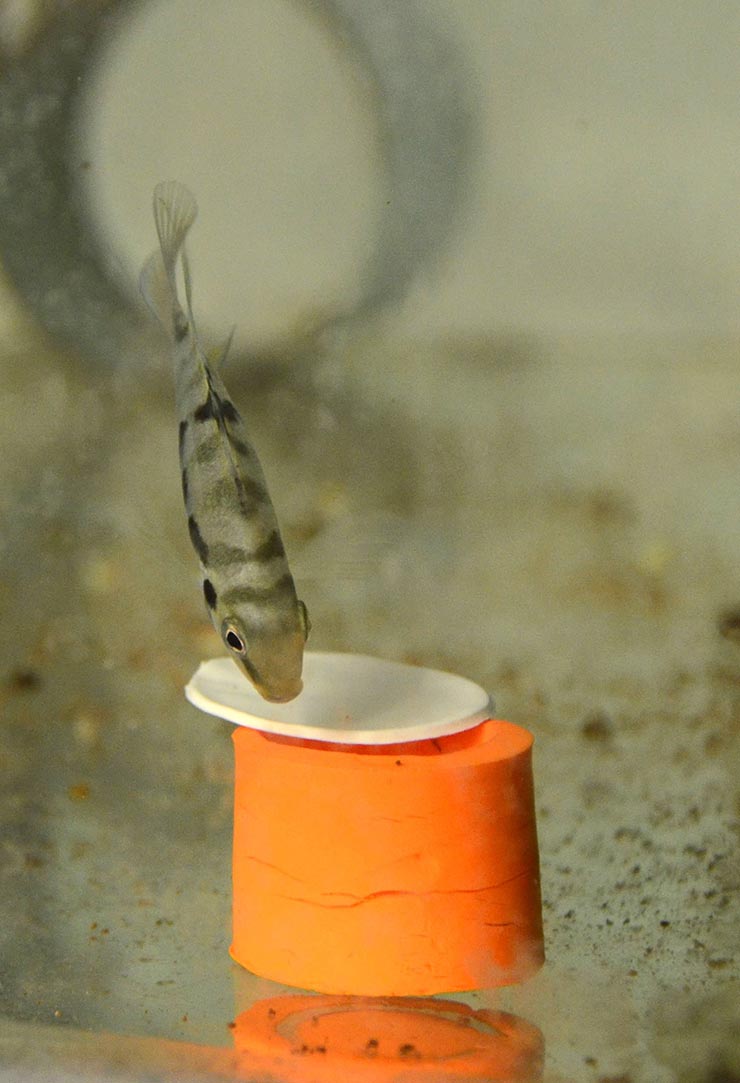 A female cichlid opens a white-lidded box in search of food.

The researchers tested the fishes' mood at each stage of the experiment. Under most circumstances, fish would quickly investigate the gray-lidded box, indicating that they hoped it might contain food. But when a female lost her chosen partner, she took significantly longer to approach the gray-lidded box than she had before. Fish separated from their mates continued to approach black- and white-lidded boxes at the same speed as before, indicating that they were not just lethargic or uninterested in food.

"When we are removing the partner from the female, she is exhibiting pessimistic behavior," said Dechaume-Moncharmont. "We have shown in this study that in the sexual context, the presence or absence of the partner may affect the emotion of the female."

A separate experiment showed that females had good reason to be disappointed at the loss of their mates. Compared to females that bred with their chosen partners, females paired with rejected males took longer to lay eggs and produced fewer young. The mismatched couples also showed more signs of aggression toward each other. The findings were published today in the journal Proceedings of the Royal Society B.

While the study suggests that pair bonding is an emotional phenomenon, it says nothing about whether fish are aware of their emotions on a conscious level, noted Dechaume-Moncharmont.

Looking for biases in decision making is a well-established method for studying animal emotions, said Amber de Vere, an animal cognition researcher at Plumpton College in Brighton, U.K., who was not involved in the research. In this case, the new findings may help explain why animals would evolve the ability to form emotional bonds with their mates.