The Benefits Of Being Bitter

How the cranberry's evolution made it a Thanksgiving staple.
Image 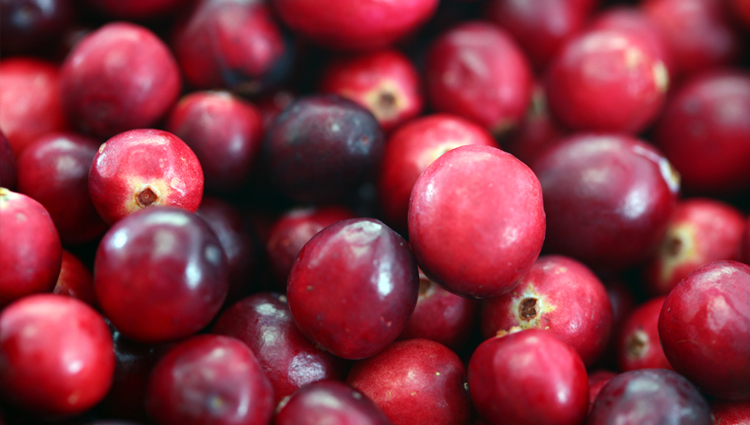 (Inside Science) -- In the early days of the American Republic, one tiny, red fruit would become a fixture of the fall harvest and a mainstay of holiday meals. The cranberry -- one of only a few commercial fruits native to North America -- might have even sat beside a roast turkey at the first Thanksgiving feast.

But how did the tart cranberry become an industrial crop with 800 million pounds grown annually, when other native fruits are so much sweeter? It wasn't just the health benefits, clever marketing, or grandma's cranberry chutney -- it was a happenstance of evolution. Cranberries float.

"Cranberries are very much associated with water," said geneticist Nick Vorsa, who directs the Philip E. Marucci Center for Blueberry and Cranberry Research in Chatsworth, N.J. "You don't find it very far away."

While other fruits like apples can also float, cranberries float particularly well because of little air pockets at their core.

Like many species of plants native to North America, the cranberry is specially adapted to wetlands -- water-soaked areas that create transition points between dry land and open water. But cranberries do not grow directly in the water. Instead, they typically lay their roots at its edge, taking advantage of the rich soils created by alternating layers of peat, sand, clay and rock.

Other fruits are dependent on hungry creatures to spread their seed, so sweetness can help their chance of being eaten and transported elsewhere. Not cranberries. Because of their little air pockets, the fruit falls from the plant's long vines when ripe and lets the water transport it to distant beds.

This advantage dictated the fruit we eat today.

Blueberries and cranberries are close cousins and are in fact not berries at all; they belong instead to a class of fruits known as epigynous or false berries. Unlike a true berry, the fruit grows from beneath the rest of the flower parts and as the fruit ripens the flower stays attached and ripens as well.

Vorsa believes that at some point during the last ice age there were fewer animals to eat the fruits, and this might have driven the two species to diverge. The cranberries developed an acidity level five times higher than blueberries because it came to rely on water for seed dispersal. Cranberries did not need to produce large amounts of sugar that their blue-colored relatives required to entice consumption by animals in order to spread their seeds.

"If you look at its cousin the blueberry, it's easy to see how it gets dispersed," said Vorsa. "It has a high sugar content. Essentially, the plant is telling animals and birds that it's ready to be eaten."

Whereas the blueberry would develop a compound called linalool, which is what gives the fruit its pleasant blueberry flavor, the diverged cranberries developed a different compound called tannin -- which is used in processing leather.

"If you've bitten into a green banana you'll get this dry mouth feel," said Vorsa. "The chemical compound that causes this is there to prevent it from being eaten ... cranberries have the same compound."

Despite this, Native Americans had been using wild cranberries long before Europeans arrived. They did not simply eat it, they used the fruit to preserve animal meat, dye fabric and treat wounds with a cranberry mixture called a poultice. And legend holds that native people helped save early European settlers from the harsh winters, in part, by introducing them to cranberries. The modern Thanksgiving tradition of having cranberries might have grown out of this legend.

It was several generations before cranberry farms emerged in America and those early farms were small because the fruit needed to be picked by hand, requiring large seasonal work camps that kept labor costs high.

However, the cranberry's evolved ability to float would eventually transform more than its taste. Farmers realized by the 1960s that they could flood their bogs, run a special harvester through and then skim the buoyant red berries right off the surface. The development revolutionized cranberry farming.

In the two centuries since cranberry farming started in locations with natural low-lying waterlogged terrain -- like portions of Wisconsin, Michigan, Oregon and Washington state -- wetlands were drained and converted into large cranberry bogs. Much of that growth has come just in the last two decades, as the bitter fruit has outgrown its humble beginnings to support an industry that now takes up 40,000 acres across the country.

"If you've ever had pure cranberry juice it's pretty harsh, but it does blend well with other flavors," said Jere Downing, executive director of the Cranberry Institute in East Wareham, Mass., an industry group that sponsors cranberry research.

Downing said that today very few cranberries make it to grocery stores in their original form, with 95 percent of the harvested fruit processed into mixed juices and canned fruit. But the cranberry has also come to be appreciated for its growing list of health benefits.

According to Downing, new research has shown that cranberries could also help with a range of medical problems, from preventing cavities to warding off viral infections. Though he is quick to point out such results are preliminary and need more testing before they can confidently say the benefits are documented.

"These effects have only been seen on cranberries," Camesano said. "The compounds in cranberries that are believed to be responsible have not been found in any other fruits."