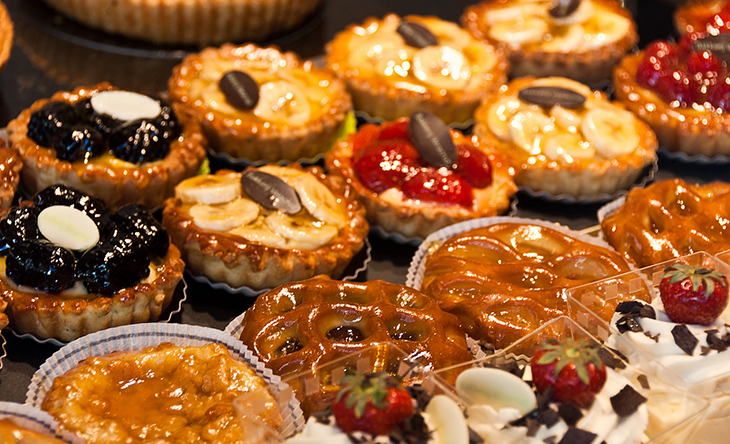 (Inside Science) -- For science's sake, six men in Philadelphia recently gained almost eight pounds each over the course of a week. What scientists saw in their fat and urine provides new clues into how overeating triggers long-term health problems. Gorging on a gluttonous diet, a new study shows, starts a chain of events that could ultimately cause type 2 diabetes.

Researchers already knew that chronic overeating can cause obesity and resistance to the insulin that the body uses to process glucose -- frequently leading to diabetes. But just how obesity leads to insulin resistance is unknown. Scientists have suspected a variety of factors, said Salim Merali, a biochemist at Temple University in Philadelphia and coauthor of the new study.

"But all of those are late events. They occur months and months after overeating," he said. "What is not known is, what are the early events that occur when someone overeats?"

To find out, the researchers put healthy, non-obese men on a 6,000-calorie diet. The volunteers were told they could be at risk for insulin resistance and would be expected to gain several pounds in a week. Guenther Boden, lead author on the new study and professor of medicine at Temple University, said the warnings of possible weight gain and safety risks were the main reason he was unable to recruit any women.

"We told them, 'You might gain six or seven pounds at the end of the week,' and that was the end of conversation," he said. "It's very difficult to get women for a study like this."

The six men ate three meals each day, free to choose any items from the Temple University Hospital cafeteria as long as the meals equaled 1,500 calories apiece. They also got three 500-calorie snacks a day and were not allowed to exercise.

"[They ate] whatever their heart desired, whether it would be a pizza, a hamburger, fries and soda," Merali said. "It was just a typical American or Western diet."

Eating 6,000 calories in one day sounds like a lot, but it's really not a huge undertaking, said Adam Salmon, a molecular biologist who studies metabolism and oxidative stress at the University of Texas Health Science Center in San Antonio and who was not involved in the study.

"Unfortunately, one can find myriad restaurants that you could very easily consume 3,000 calories in a single meal including soft and hard drinks," he wrote in an email. "The subjects only gained about 7.5 pounds over the course of the study, so I'd say it compares to something like binging over the Christmas holiday season. There's likely very little risk beyond the challenges of then losing that gained weight."

Between days two and three, all of the subjects developed insulin resistance. The researchers were surprised it happened so quickly, but the main question was how.

The volunteers' bodies couldn't keep up with the onslaught of fats and carbohydrates, the researchers found. That caused their cells to produce toxic oxygen byproducts. Those byproducts overwhelmed the body's ability to clean them up, which is known as oxidative stress. The excess byproducts attached themselves to proteins, interfering with the functions of the proteins.

The team ran tests to study which proteins were affected, and they noticed one was a molecule called, appropriately, GLUT4. It clears glucose from the blood and stores the sugar in fat or muscle. When oxygen byproducts bind to the molecule, it becomes inactive, which means it no longer takes up glucose, or processes glucose in smaller amounts. This leads to higher blood glucose levels, a hallmark of insulin resistance.

"This oxidative stress is one of the primary causes, if not the major cause, for insulin resistance, at least initially," Merali said.

The lack of exercise may have also played a role, however, said Francis Stephens, a lecturer in metabolic physiology at the University of Nottingham in the UK who was not involved in the study.

Boden said further work would address the role of exercise, which itself can cause oxidative stress.

Though 6,000 calories is about two or two-and-a-half-times the amount a typical American male eats in a day, Boden said the number was arbitrary, and the same effect might happen at 4,000 calories, or lower. The average obese person in the U.S. eats slightly more than 3,000 calories a day, but that's every day over many months or years, Boden said. He said he'd like to find out at what point problems start to occur. Previous research suggests a person can consume about 10,000 calories in a day before he would simply start vomiting.

"The body protects itself against overload, to some extent," Boden said.

The next step is to find out whether insulin resistance, which developed so quickly, can be just as easily reversed. A pilot study suggests it might be possible: One volunteer who overate was then placed on a 1,000-calorie diet, and the insulin resistance disappeared in a couple of days, Boden said. Weight loss would take a little longer, but the pilot study shows the effects are not permanent. "If it wasn't like that, nobody would survive a Caribbean cruise," he said.

Boden added that the study offers a mechanism to test antioxidant compounds, which may be able to combat some of the oxygen byproducts. But Stephens said most studies don't show any benefit of antioxidants on insulin sensitivity.

"It's a bad message to say 'Eat what you like as long as you consume antioxidants,'" he wrote. "Type 2 diabetes is mainly a disease of excess energy intake (due to overeating and/or physical inactivity) and the best treatment is eating less and staying physically active."

The study was published in Science Translational Medicine.