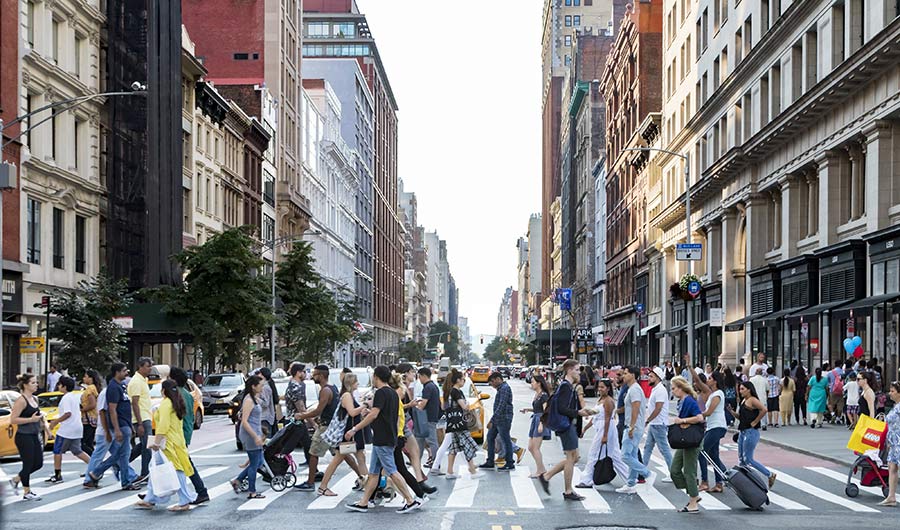 (Inside Science) – Left foot. Right foot. Left foot. Right foot. Even if you’re sitting down, you can imagine the rhythm of walking, almost feel the tension bounce from your right foot to your left. Now, researchers are revealing that this left-right-left-right rhythm also exists in our brains -- and tapping into it could help individuals with Parkinson’s disease or other movement disorders.

Parkinson’s disease is a neurodegenerative disorder that affects about one million Americans, with about 60,000 new diagnoses each year. It can have a number of different symptoms, from sleep disorders and depression, to slow movement or tremors.

One common but not as well-known symptom is a temporary inability to move called freezing. It often happens when a person is walking or just about to stand up and can be triggered by stressful situations or trying to do multiple tasks simultaneously. People who've experienced freezing say it can feel like their feet have suddenly become glued to the floor. They want to keep moving, but can’t.

Freezing can be frustrating, even dangerous since the sudden stop can lead to falls and serious injuries. Medication can help, as can a therapy known as deep-brain stimulation, which uses pacemaker-like electrodes implanted in the brain to try to restore normal brain activity.

But something else appears to help as well -- singing, especially if the music has a strong rhythm. Humming too. Or even just imagining a strong, rhythmic song.

“It's really striking how suddenly their walking can improve,” said Petra Fischer, a researcher at the University of Oxford in England. “This is really where it all started for me.”

She, along with her colleagues, suspected that the strong rhythms in the songs were helping restore some natural walking rhythm in the brain.

In order to figure this out, though, they first had to see if that rhythm existed in the first place.

They decided to look at a particular part of the brain called the subthalamic nucleus, a tiny area deep within the brain that appears to help our brains stop unwanted movement. It acts like a traffic cop who is tasked with deciding which bodily movements it should allow to proceed.

With the target decided, the next step was to watch to see what happens in it during walking.

Fischer and her team asked 16 individuals with deep-brain stimulation devices to walk in place while watching a cartoon video of a walking man. Meanwhile, the implanted electrodes measured activity in the nucleus.

When analyzing the results, Fischer's team found what they expected. The right and left sides of the nucleus took turns increasing and decreasing activity, in rhythm with the person’s steps. Adding the sound of a metronome strengthened this pattern further.

The next step, now that they’ve shown that this pattern does indeed exist in the brain, is to see if deep-brain stimulation could one day mimic it, explained Fischer. If freezing is caused by an interruption in this rhythm, it’s possible to create a device that’d help restore it in individuals unresponsive to conventional therapy or medications.

“The field is now changing to a point where we can identify and record this abnormal activity and then ask the devices to fire on demand,” said Adolfo Ramirez-Zamora, a neurologist and professor at the University of Florida in Gainesville.

Ramirez-Zamora did not take part in Fischer’s research, but said that the type of work Fischer is doing -- finding the brain’s underlying behaviors and misbehaviors -- is an important part of creating those smarter devices.

“Recognizing that identifying physiological biomarker of the disease will allow us to create better devices and also specifically target those abnormal activities when they occur,” said Ramirez-Zamora.

There are still questions Fischer wants to answer, of course. What would be the best way to activate one of these hypothetical smart devices? Would they have to keep track of the patient’s movements? And how would they make sure the rhythm wasn’t too fast or too slow?

“There’s a lot of things we’d really have to test first,” said Fischer.

Nevertheless, this kind of work could one day help individuals with movement disorders like Parkinson’s walk a little easier.

Fischer’s team’s research was published on Monday in The Journal of Neuroscience.