MRI studies indicate dysfunction from birth and not a result of the brain trying to compensate.
Image 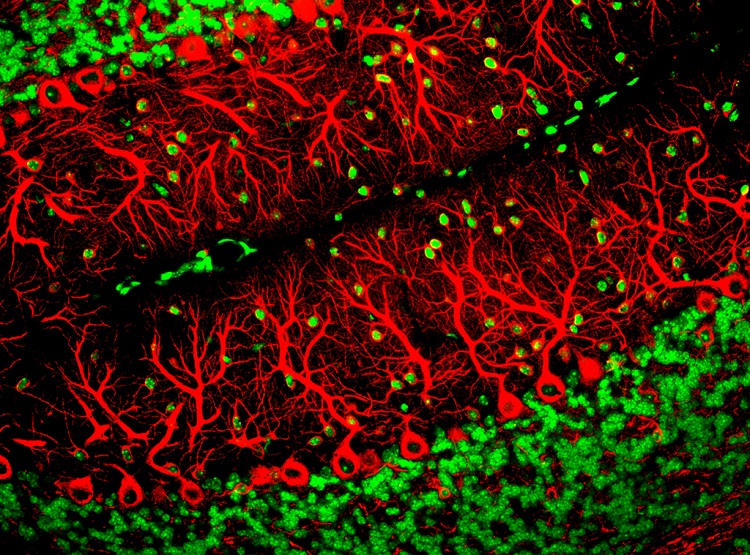 (Inside Science) -- Researchers in Boston have learned that dyslexia, a common learning disorder, is present in the brains of children when they are born or shortly after birth -- well before they start having difficulties when symptoms appear and a diagnosis is made.

The research dispels the previously held notion that the anomalies found in the brains of dyslexic individuals resulted from the brains trying to compensate for the difficulties they were having with sounds and written words.

Whether the differences in brain activity are the cause of developmental dyslexia or just a side effect still is unanswered, according to Nadine Gaab, assistant professor of pediatrics at Children’s Hospital Boston and one of the authors of the new research, which appears in the current edition of the Proceedings of the National Academy of Sciences.

As many as 17 percent of children in the U.S. are diagnosed with dyslexia, a learning disability that produces difficulties with accurate or fluent word recognition, oral or written. There is a strong genetic component: If you have an older sibling or a parent with dyslexia, the odds are 50-50 you will have it too, Gaab said.

Several genes are suspected to play a role in causing the symptoms of dyslexia in individuals.
"They have a hard time differentiating the sounds of language," Gaab said. "If you give them the task to say 'cowboy' without the 'cow' sound, or two words starting with the same sound ... then they have a really hard time."

The disorder is often treatable, and history is full of very successful dyslexics -- including Nobel Prize winners -- so many that a mythology has grown up around the disorder. The list of famous dyslexics usually includes Albert Einstein, Leonardo daVinci and Thomas Edison, although there is no evidence these particular individuals actually had dyslexia, and Einstein surely did not.

Nonetheless, people with dyslexia can succeed greatly in the world.

In the study, the researchers took 36 "prereading" children averaging five and a half years in age that had family histories of dyslexia, and compared MRI images of their brains with a control group of the same number without dyslexia in their families.

While being monitored in functional MRIs, the children were asked to listen to two words that started with the same initial sound and to listen to the same word repeated and asked if they were spoken by the same person.

The researchers found "very pronounced dysfunction" in the dyslexia-prone children in the left hemisphere of the brain, towards the back, the sections having to do with reading and reading-related tasks, they report in their paper.

"The question was, is that a result of the dyslexia or do we see this because of many years of reading failure or does it predate the onset of the symptoms?" Gaab said.

"It could be [a cause] but we are not sure yet," she said. "All we can say at this time is that it definitely predates onset so it has to be there from birth or develops in the first years of life." The observed brain dysfunction is associated with children with dyslexia -- but scientists do not yet have conclusive evidence that it is directly causing the symptoms of dyslexia. Future studies are needed to determine this, Gaab said.

Studies like this are helpful, said Megan McGowan, head of the lower school at the Jemicy School in Baltimore, which specializes in dyslexia, especially in dealing with parents.

"It’s helpful to us as teachers dealing with parents who are trying to understand their children and how they learn and how their brains function," McGowan said.

"We try to explain to the parents that dyslexia is a lifelong issue. Once someone is dyslexic they are going to be dyslexic. We have all kinds of interventions," McGowan said. "The brains are great. They just function differently."

Because of the genetic component, scientists know who is at risk and research like the Boston study help identify those who are most likely to develop dyslexia, said Guinevere Eden, professor of pediatrics at Georgetown University and former president of the International Dyslexia Association.

"The research emphasizes the need to start intervention at an early age," Eden said.