A new study highlights the magnitude of transmission lines' potential negative effects on the forest.
Image 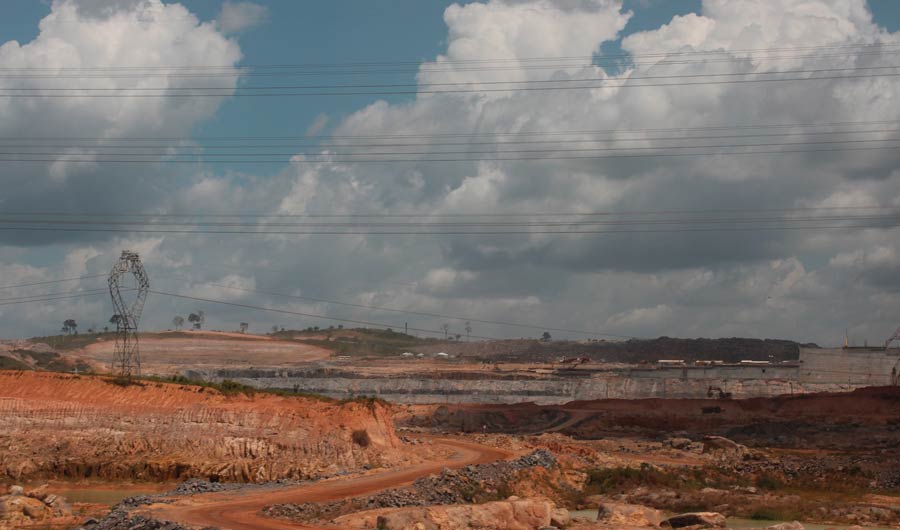 (Inside Science) -- The transmission lines that transport electricity from hydroelectric dams in the Brazilian Amazon massively amplify the direct environmental impact of flooded dam areas, according to a new study.

In Brazil, dams like Itaipu or the still-under-construction Belo Monte create massive changes to water flow, affecting diverse ecosystems both in the water and on nearby land. The flooded areas can also emit greenhouse gases such as the methane and carbon dioxide released by biomass decaying in the reservoir that the dam creates.

But now researchers report in the journal Biological Conservation that transmitting power from dams located in the Amazon can also create significant ecological damage.

“[Hydroelectric development] is this huge topic that has tons of international attention,” said Jacy Hyde, a graduate student in forest conservation at the University of Florida and the lead author of the study. But researchers and the conservation community have often ignored the effects of the transmission lines, she added.

To investigate how power lines affect the Amazon ecosystem, Hyde and her co-authors spent months poring over satellite imagery of an area of the Amazon basin that included nine Brazilian states. They found the area contained nearly 25,000 miles of power lines, almost all carrying energy from hydroelectric dams, the dominant energy source of the country.

The researchers also examined environmental impact assessments made by environmental consultants for the various dam projects. Hyde and her colleagues estimated that an area 1,300 feet to either side of the power lines was directly affected, numbers based on an average of what was used by the assessments themselves. In the forested regions, this area includes cut trees or adjacent forest heavily disturbed by the construction, operation and maintenance of the power lines.

In total, the researchers calculated that the power lines have a direct impact on about 9,000 square miles, or nearly double the 4,700-square-mile area covered by dam reservoirs in the Amazon. Some 5.1 percent of the area affected by power lines lies in protected areas while 10.3 percent cuts through intact forest, though some overlap occurs between protected areas and intact forest. The rest of the lines, particularly in the southern and eastern Amazon, pass through agricultural land, urban centers and other deforested areas. But Hyde points out that the study only analyzed satellite maps from 2017, and that it’s likely that much more of the land was forested at the time the lines were first built.

In forested areas, transmission lines also cause indirect effects on a much larger scale, including changes to the populations of animals and plants that live in the area or changes in the frequency and intensity of fires, since the cleared areas cause dryness and temperature changes. Hyde said these indirect areas of impact were estimated at about 3.1 miles to either side of the paths cut through the forest along the power lines, based again on the environmental impact assessments.

“[Transmission lines are] part of a vicious cycle that leads to completely destroying the forest,” said Philip Fearnside, an ecologist at the National Institute for Research in Amazonia in Manaus, Brazil, who was not involved in Hyde’s study.

He said the study advances our knowledge of the impacts of dam development in the Amazon. “Dams are a structural item -- you build a dam, you have to build roads in, people move in. It puts a whole set of processes into motion that lead to deforestation,” he said. On top of these problems, the cleared areas also operate like access points, giving poachers, illegal loggers and even invasive species easy routes to exploit new ecosystems and wildlife.

“It’s basically like a long pathway that people can run down, and make use of for all sorts of things,” Hyde said.

Sabrina McCormick, a sociologist and filmmaker at George Washington University who has focused on the Amazon for 15 years but was not involved in Hyde’s research, agrees these transmission lines act as roads, which “are one of the foremost mechanisms of deforestation” by allowing access for other industries.

“Illegal logging is just a massive, massive industry as well as cattle ranching, which involves slash and burn,” she said, adding that these ripple effects often go unmeasured by environmental impact studies, and can accumulate over time.

Hyde believes that measures can be taken in some areas to reduce the impact caused by power lines. The most obvious one is to try to alter the trajectory of these paths to avoid forested areas, where possible. But if horizontal detours don’t work, vertical ones might.

In some parts of the northern Amazon, this involves using poles high enough that the lines hang well above the jungle canopy. Hyde said the only areas which need to be cut are directly around the poles to help installation, and the high poles, although expensive to install, “would reduce the impact a lot.”

Hyde said other, cheaper options might also improve the cut lines, such as allowing shorter vegetation to grow back and provide some cover to wildlife moving through the transects.

According to Hyde and her colleagues’ estimates, the transmission line network in the Amazon region they examined is projected to grow by 37 percent by 2026, based on construction plans from the Brazilian Energy Research Company, a state-owned agency which conducts research on energy and mining. This would increase the direct impact to protected lands by 29 percent and to forests by 70 percent.

Still, most of the work in the recent study was based on maps from a single year: 2017. Some of the area that was completely deforested at this time may have actually had tree cover before the lines were built, and Hyde said she wants to examine the impact of transmission lines on the Amazon over time, to find out how much land was actually directly deforested to build these lines, as well as how the lines affect the rate of deforestation in nearby areas.

“What we hope to do is get an understanding of how this has played out in the past so we can see the forecast with what might happen with these new ones being planned,” she said.

McCormick worries that the new Brazilian president, Jair Bolsonaro -- who has already taken steps to remove protections in place for the Amazon -- may accelerate the overall destruction of the rainforest during his tenure.

“It will only be worse if Bolsonaro is able to execute his vision of building more dams, roads, airports, etc.,” she said.