BRIEF: Babies in the Womb Look at Faces 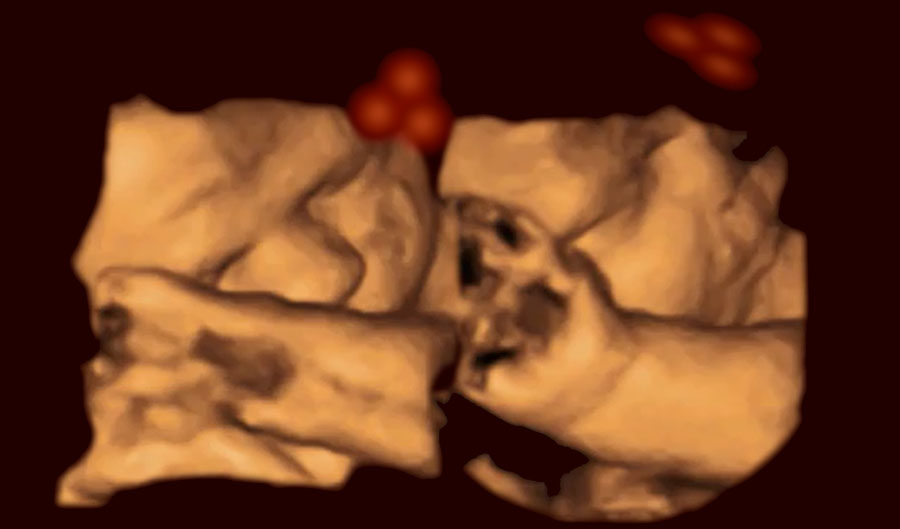 (Inside Science) -- Parents and researchers have long known that babies love to look at faces. Now, a new study suggests that this preference starts before babies are even born.

The "faces" in the study were simple patterns of three dots, arranged to resemble two eyes and a mouth. The researchers presented these patterns to 39 third-trimester fetuses by shining beams of light through pregnant women's abdomens. To see how the fetuses responded, the researchers monitored them with high-resolution ultrasounds while slowly moving the lights across the women's bellies. The fetuses turned their heads to watch face-like patterns more than twice as often as they turned toward the same three-dot patterns flipped upside-down, the researchers report today in Current Biology.

The fetuses' responses were similar to those of newborn infants, which have been shown to track pictures of facelike shapes just minutes after birth. However, this is the first time anyone has tested a fetus's visual preferences in the womb, said Vincent Reid, a psychologist and cognitive neuroscientist at Lancaster University in England and lead author of the study.

The researchers were inspired by recent work showing that surprising amounts of light penetrate the womb, said Reid. However, he cautions against shining bright lights on a pregnant woman's abdomen. The researchers avoided bright lights, relying instead on gentle lights in a dark room.

The study shows that third-trimester fetuses actively watch and respond to visual stimuli, said Reid. Moreover, it paves the way for scientists to study fetal vision and behavior in the future.

"The majority of research with infants is actually about their visual preferences and about the way they see the world. … Up until now, we've not been able to do that with fetuses," he said. "Using these techniques, we have the possibility to explore almost all aspects of fetal vision for the first time."