First inspired by fire sprinkler systems, the gadgets pop when a material that softens in heat releases a spring.
Image 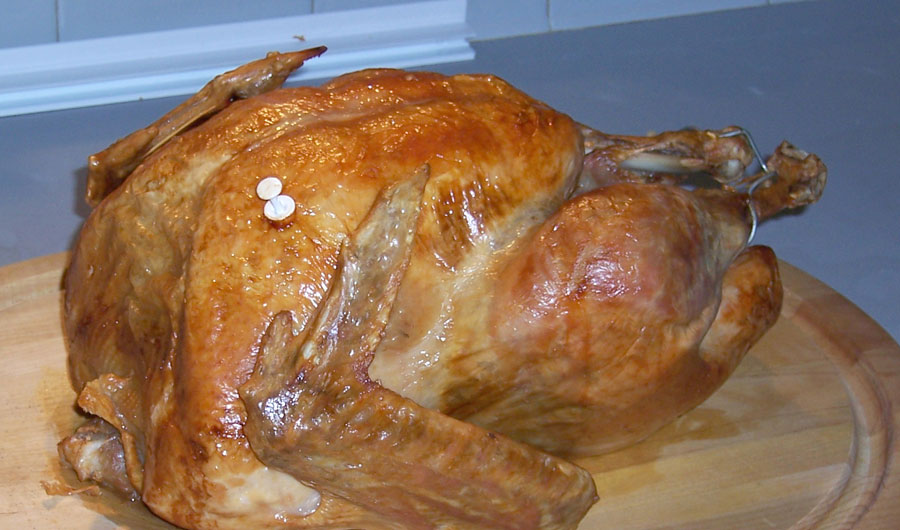 (Inside Science) -- What do fire sprinkler systems and pop-up turkey timers have in common? Enough, it turns out, that the first inventors of the disposable plastic sticks that now go into millions of Thanksgiving turkeys each year had their eureka moment while gazing at the ceiling.

More than 50 years ago, the California Turkey Producers Advisory Board had a problem on their hands: The timing guidelines used by many home cooks often left the poultry parched and unpalatable. Wouldn’t it be better, one board member wondered, if they could invent a gadget they could stick in the turkey to report when the bird was done?

Inspiration for the device came later, when turkey farmer and tinkerer George “Goldie” Kliewer looked at the fire sprinklers overhead. The original concept for automatic sprinklers relied on heat from a fire melting a metal alloy plug. With the plug gone, water gushed out from the pipes above. Kliewer wondered if a similar principle could be used to signal when the temperature inside a turkey had reached the right level.

The group’s original design, patented in 1961, comprises an outer housing that can be jammed into the meatiest part of the bird, an inner rod that can pop up, a spring that is placed underneath the rod, and a pin made of a “thermoplastic substance” that keeps the spring depressed. The thermoplastic substance, which could be a metal or wax, is selected to melt at the desired cooking temperature. When the pin melts, it releases the spring, which pushes up on the rod, indicating that the turkey is ready for the table.

The designs for pop-up turkey timers have changed through the years, but the basic principle endures. Kliewer and his fellow entrepreneurs in the turkey business started a company to produce and sell turkey timers. The company was eventually sold to 3M, which itself eventually sold its pop-up business to Volk Enterprises, now one of the largest producers of the devices.

Professional chefs generally sneer at pop-up timers, preferring thermometers, and Consumer Reports has warned that some timers can pop before the turkey reaches the USDA recommended safe cooking temperature of 165 degrees Fahrenheit.

Still, to many amateur cooks, the device is as essential to the holiday as stuffing, parades and football.