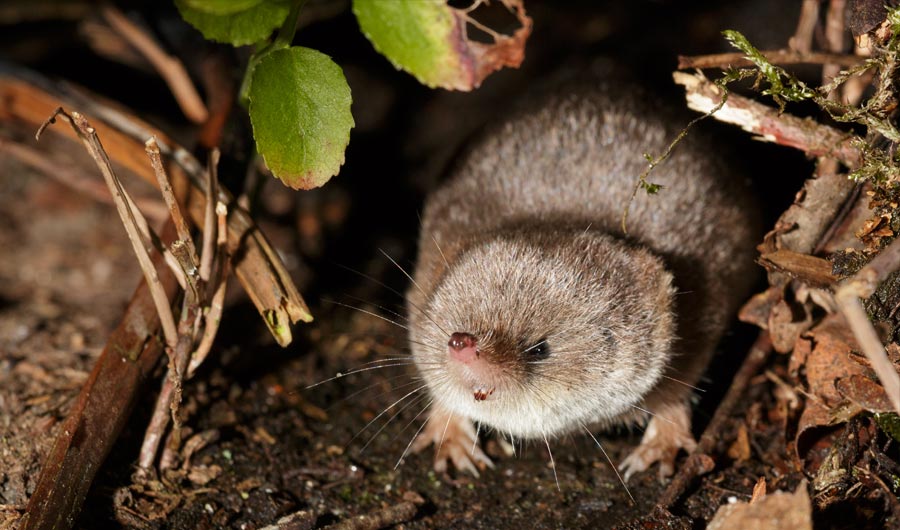 (Inside Science) -- If you think you have trouble getting your brain into gear on a cold winter morning, be glad you're not a shrew. To survive the winter, common shrews reduce their food requirements by shrinking their bodies -- including their skulls and brains -- by about 15 to 20 percent. Now, researchers have shown that this loss of gray matter comes with a corresponding loss of mental shrewdness.

Common shrews are pointy-nosed, insect-eating mammals native to northern Europe. They typically live a little longer than a year, with the babies born in summer and spending the winter as juveniles. The juveniles shrink in fall, then regain most of their size in spring before producing the next year's batch of babies.

For the new study, researchers in Germany trapped 23 shrews at various times of year and released them into an enclosure with mealworms near one corner. The enclosures also contained glow sticks for the shrews to use as landmarks, as well as scattered mealworm bedding to disguise the mealworms' scent.

Shrews caught in spring and summer took relatively direct paths to the mealworms. Winter shrews, in contrast, wandered significantly farther before finding their goal, suggesting that they had poorer spatial skills. This makes sense given that two brain regions involved in spatial cognition, the neocortex and the hippocampus, are both known to shrink dramatically in shrews in winter.

Shrews maintain relatively large home ranges in spring and summer so they can search for mates, but in winter they don't have to travel as far. Thus, shrews in winter can probably afford to sacrifice some navigational ability for the sake of a less energy-hungry brain, according to the authors. The findings were published Jan. 22 in the Journal of Experimental Biology.