BRIEF: Sneaky Deer Moms Use Another Species as Babysitters

White-tailed deer mothers deposit their babies with female mule deer, which then defend the fawns from predators.
Image 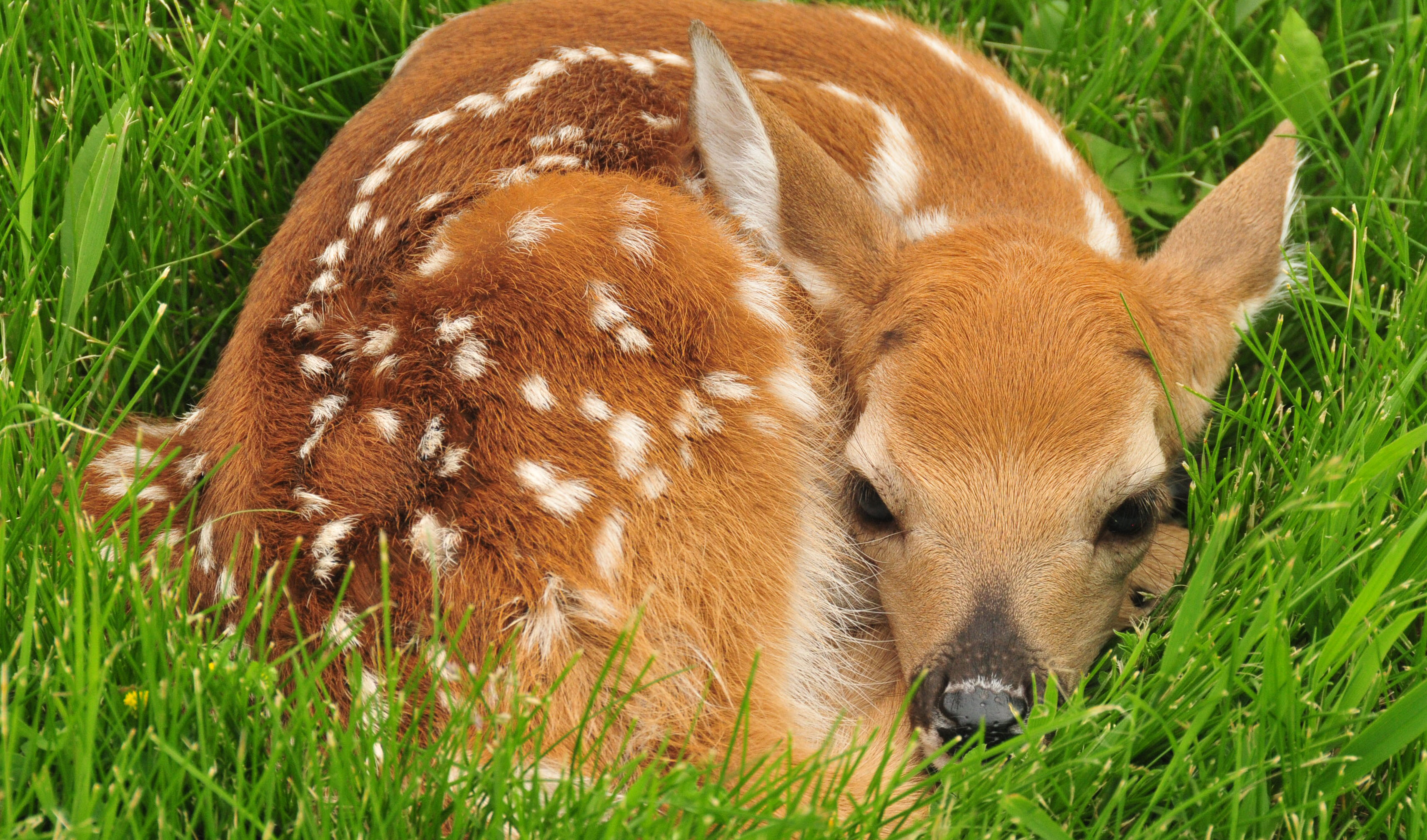 (Inside Science) -- Mule deer mothers are fierce, rushing to the rescue when they hear the bleat of a fawn in peril. White-tailed deer are comparatively timid, but they may have found a sneaky way to protect their babies anyway: They use mule deer as a sort of free babysitting service.

Mule deer and white-tailed deer are approximately the same size, with ranges that overlap across much of North America. In both species, mothers leave young fawns concealed in the grass, returning periodically so the fawns can nurse.

While studying deer on a cattle ranch in the 1990s, Susan Lingle -- now a behavioral ecologist at the University of Winnipeg in Canada -- noticed that white-tailed deer often left their fawns near female mule deer while they went off to browse. On multiple occasions, Lingle saw coyotes try to kill white-tailed fawns, only to be driven back by the striking hooves of an adult mule deer. Moreover, white-tailed fawns were more likely to survive in years when mule deer were abundant.

Now, Lingle and her colleagues have looked deeper into the 1990s data to better understand what the white-tailed mothers were up to. They found that mule deer moms tended to stay close to their concealed fawns, while white-tailed moms wandered farther afield. And while the two species were often found together, it was usually white-tailed deer who came to join mule deer groups, not the other way around. Perhaps most strikingly, female white-tails actively chased away other females of their own species, but hardly ever showed aggression toward mule deer.

Together, the findings suggest that white-tails actively take advantage of mule deer's protective instincts, said Lingle. The research, which is not yet published, was presented earlier this month at the Animal Behavior Society's 2017 conference at the University of Toronto Scarborough.