BRIEF: Wolves Have No Dog in the Fight

Dogs avoid each other after aggressive encounters, whereas wolves rapidly reconcile.
Image 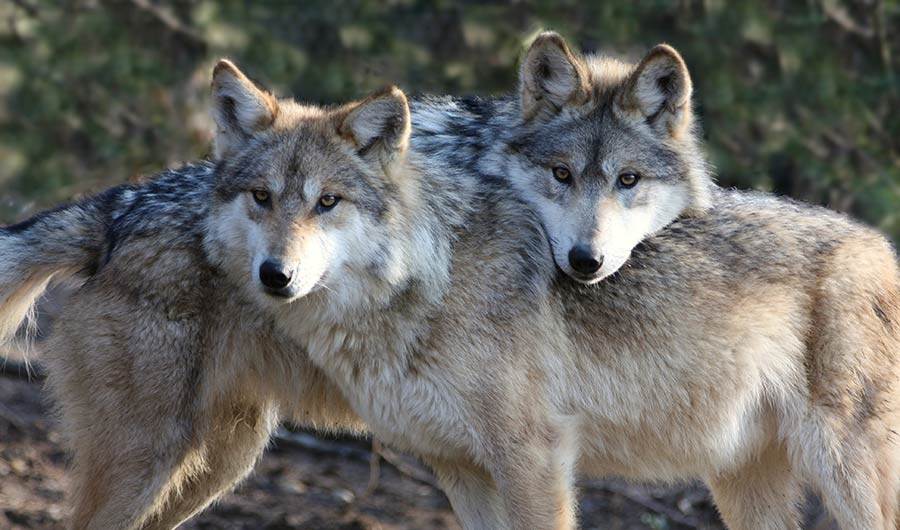 (Inside Science) -- Wolves aren't the type to hold a grudge. When two pack members squabble, they often reconcile immediately afterward through friendly interactions. But somewhere along the road to domestication, dogs seem to have lost this peacemaking drive, according to a new study.

In the 10 minutes following a conflict, wolf adversaries engaged in friendly interactions more than twice as often as they did at other times, with most reconciliation gestures offered in the first minute. Even when wolves didn't exchange licks or nuzzles, they tended to stay closer to each other than usual, perhaps as a subtle form of peacemaking.

In contrast, dogs tended to avoid each other after disputes, showing no particular inclination to re-establish friendship. The findings were published today in the journal Royal Society Open Science.

The wolves' eagerness to reconcile makes sense given their highly cooperative lifestyles, according to the authors. Pack members work together to hunt and raise pups, so it's important for them to maintain harmonious relationships.

On the other hand, dogs may have less need to maintain friendships because their social lives are more flexible, varying with factors such as food availability, according to the authors. Free-ranging dogs are mostly scavengers, and while they may form cooperative relationships, they may also live relatively independent lives.