Massive pulse gave off more energy than the sun emits in a month.
Image 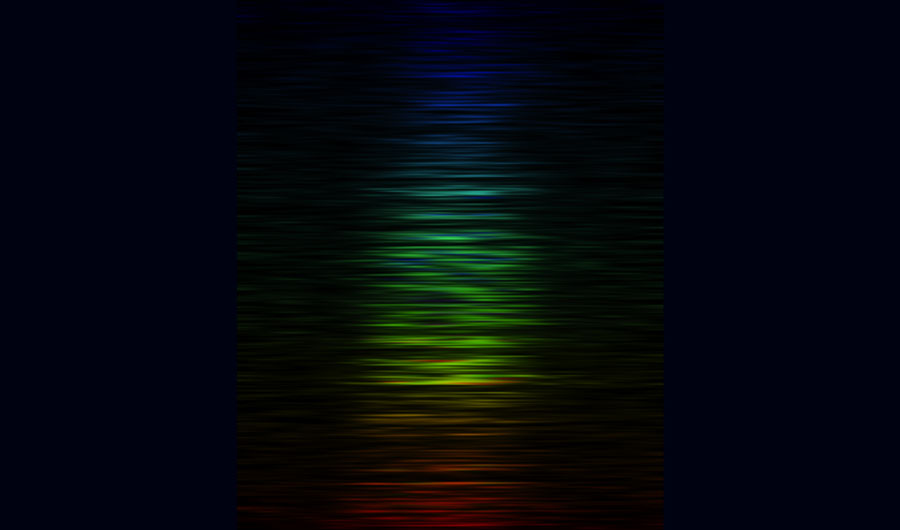 The radio pulse FRB 150807. The colors show the different frequencies of the waves from the burst.

(Inside Science) -- Astronomers have spotted the brightest split-second burst of radio waves ever detected in space yet, pinpointing where this kind of mysterious event might have occurred more precisely than ever before. This flare is shedding light on the vast expanses of gas that exist between galaxies, which are crucial to galactic formation and evolution and about which much is unknown, researchers added.

In 2007, astronomers discovered intense pulses of radio waves lasting just milliseconds that originated from random locations in the sky, likely from outside the Milky Way. These fast radio bursts, or FRBs, can give off more energy in a fraction of a second than the sun does in hours, days or weeks. Although researchers have detected less than 20 FRBs in the past decade, they estimate that they might occur as many as 10,000 times a day across the entire sky.

Scientists have suggested more than a dozen possible explanations for what might cause FRBs. They run the gamut from evaporating black holes to colliding neutron stars to flares of energy from starquakes on highly magnetized types of neutron stars known as magnetars.

"My favorite theory at the moment is that they are generated by supermassive black holes at the centers of galaxies," said study co-lead author Vikram Ravi, an astronomer at the California Institute of Technology in Pasadena.

However, fast radio burst origins remain a mystery because the brief nature of these flashes makes it difficult to pinpoint where they come from. Moreover, astronomers have so far been unable to link these blasts of radio waves with any objects seen at other wavelengths of light that might yield clues on what might have caused the bursts.

The new fast radio burst, named FRB 150807, was discovered as scientists used the 64-meter Parkes radio telescope in Australia in 2015 to investigate a millisecond pulsar -- a highly magnetic neutron star that spits out radio pulses and spins about 1,000 times per second. "FRB 150807 was about 100 times more intense than your typical FRB," Ravi said, putting out roughly as much energy as the sun might in a month.

"It's surprising that there are far brighter FRBs than one might have thought given the number of fainter ones have been seen so far," said astrophysicist Victoria Kaspi at McGill University in Montreal, who did not take part in this research. "It might well be that bright FRBs are fairly common."

The scientists narrowed down the origin of this burst to three stars and six galaxies. The brightest and most likely candidate is a galaxy named VHS7, which is located roughly 3.25 billion to 6.5 billion light years from Earth. The scientists detailed their findings online Nov. 17 in the journal Science.

One reason that astronomers want to learn more about fast radio bursts is that they could help reveal insights on the gas and dust between galaxies. Previous research suggests that this "intergalactic medium" makes up nearly half of all the regular matter in the universe and "is very difficult to study otherwise," Ravi said. (The regular matter that planets, stars and people consist of is thought to compose only about one-sixth of all matter in the universe; the rest is thought to be made up of invisible dark matter.)

Scientists want to see how the intergalactic medium, "which feeds the growth of galaxies, is distributed, how turbulent it is, and how magnetized it is," Ravi said. Analysis of the signals from FRB 150807 suggests that its radio waves encountered little in the way of magnetic interference. This in turn suggests there was only weak turbulence in the intergalactic medium between this burst and Earth.

"How magnetized the space between galaxies is, is a very hard thing to measure," Kaspi said. "These findings show that by studying FRBs, you can learn a lot about intergalactic space."

To home in on the location of more fast radio bursts, Ravi and his colleagues are now building the Deep Synoptic Array prototype, which is scheduled to go online in February and should be "capable of pinpointing FRBs to individual galaxies," he said. "We expect to detect more than one event each month."

In addition, Kaspi and her colleagues are developing the Canadian Hydrogen Intensity Mapping Experiment (CHIME) near Penticton, in British Columbia, which should go online in 2017 and "could detect up to several dozen FRBs per day," Kaspi said. "Seeing that many of them could blow the field open when it comes to understanding them."