Bubbles of Trouble for Tumors

Bubbles of Trouble for Tumors 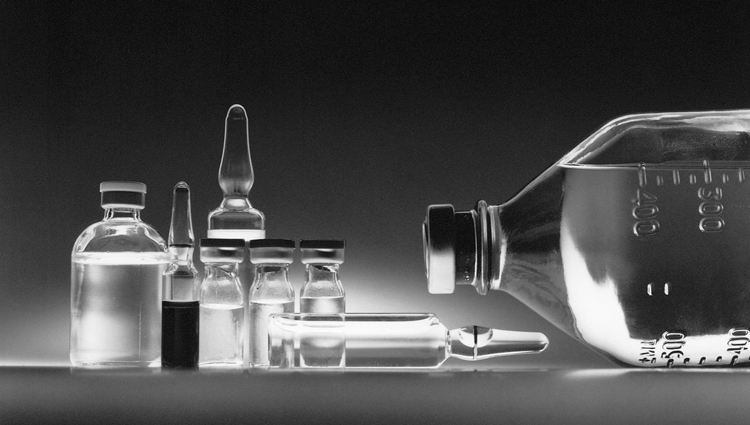 (Inside Science) -- Researchers are in the early stages of creating a new method that uses bubbles within bubbles to deliver chemotherapy drugs, and could someday reduce the treatment's significant side effects.

The side effects of the most common chemotherapy treatments stem from how the drugs work. Cells become cancerous when they begin replicating out of control, so chemotherapy drugs target and kill all cells in the process of replicating -- cancerous or not. Chemotherapy's collateral damage largely includes cells in the body that replicate often, including cells in bone marrow, hair follicles and the digestive tract. When these targeted, but not diseased, cells die, their deaths cause many of the symptoms associated with chemotherapy, including hair loss, pain and a weakened immune system.

A team from the University of California, San Diego, including bioengineer Stuart Ibsen, is trying to make the delivery of chemotherapy more selective.

"Chemotherapy can be a frustrating process because you end up ingesting all these really noxious chemicals into the body," said Ibsen. "Only a fraction of [them] ever reach the tumor. The rest circulate around the body creating side effects."

Ibsen's team knew if chemotherapy drugs could be released only inside the tumor the worst side effects could be avoided. They developed a plan to envelop the chemo drugs in a bubble-like vehicle about the size of a blood cell. Each vehicle is created when a bubble of gas is coated with an additional bubble, a stabilizing outer layer that encapsulates a small amount of a chemotherapy drug. Ibsen's group published a paper on the ongoing development in the journal Ultrasonics.

As long as these vehicles stay intact, the drugs are insulated and prevented from killing off replicating cells. Doctors frequently use similar bubbles to get clearer images during sonograms.

"Stuart's work is a great example of taking what we've learned about microbubbles for imaging and applying it to make entirely new vehicles for drug delivery," said bioengineer Joshua Rychak, developer of the ultrasound contrast agents on which Ibsen's bubbles are based and cofounder of Targeson, a San Diego company focused on using similar microbubbles for targeted gene-delivery.

When ultrasound, similar to the kind used for an unborn baby's sonogram, is aimed at a tumor, it would hit any nearby bubbles. Then, within each bubble within a bubble, the gas would expand, causing the drug vehicle to "pop" open and release its chemo cargo like a geyser. By focusing the ultrasound only on the tumorous region, the chemotherapy drugs would be released only where they're needed, preventing friendly fire on healthy tissue.

The technique is in early research stages with tests on human and animal cells -- years away from even basic clinical trials -- but Ibsen and others in the field are making progress to make the vehicles safer and more effective as a delivery system for chemo.

Since the drugs must be activated by ultrasound waves targeted directly at the tumor, the microbubble delivery system won't work with some types of cancers commonly treated with chemotherapy.

"You have to know where the tumor is," said Rychak. "The really tough diseases have multiple sites and we may not even know where they are."

Ibsen predicts the technique will be most useful shrinking down large tumors before surgery, especially breast, ovarian, prostate, bladder and lymph-node cancers. The method won't be effective against blood cancers, which aren't localized enough to make easy ultrasound targets. One of the most promising potential uses of the delivery method is treating cancerous tumors in children where surgery is commonly not a safe option.

But the ultrasound has additional benefits beyond just bursting the bubbles in the right place, according to Rychak.

"When you activate one of these microbubbles near a cell under certain ultrasound conditions, you diminish the barrier preventing the delivery of your drug into the cell," said Rychak. "This helps the cells you're targeting take in more of your drug."

The next stage for Ibsen will be replacing the bubbles with nanoparticles, tinier materials that encapsulate drugs more as a liquid-like fluid than as a gas and should be a more stable way of  delivering chemotherapy drugs.

The current bubbles have a circulation time of only a few minutes in the body, as they tend to compress appreciably and dissolve relatively quickly as they pass through organs. But with the smaller size of nanoparticles, combined with their higher stability, Ibsen said that could be increased to a few hours, allowing for more vehicles to pass through the tumor and get popped open by ultrasound.

Thomas Sumner is a science writer based in Santa Cruz, Calif.