Can Animals Keep A Beat?

Apart from humans, most animals cannot respond to rhythm.
Image 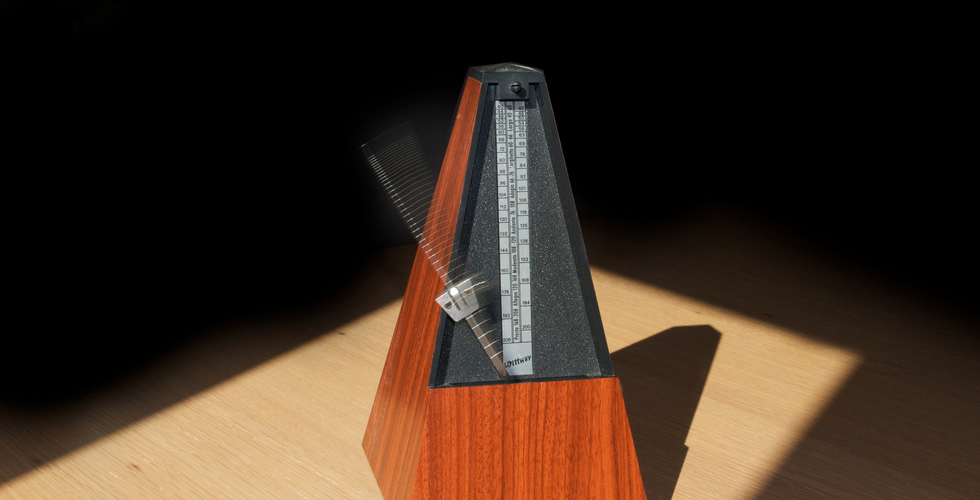 (ISNS) – George Gershwin might not agree but not everything's “got rhythm.” Only a few organisms can move according to a natural, musical rhythm, and scientists are puzzled.

Some apes can move to music and even play some instruments, scientists report, as can some birds, and even a sea lion, but entrainment -- the word scientists use to describe rhythmic synchronization of an organism to an external rhythm -- does not appear to be widespread in the animal kingdom, researchers reported at a meeting of the American Association for the Advancement of Science in Chicago earlier this month.

Humans do it when we dance. Snowball, a cockatoo, became famous for clearly dancing to music, but it turns out she is a rarity. The evolutionary origin of entrainment is still a matter of conjecture. Why do some animals do it but most don’t?

In 1837, Charles Darwin, fresh from his voyage on the HMS Beagle, went to the London Zoo to see his first great ape, an orangutan named Jenny, and played a harmonica for her. She did not react to his performance, but when he handed it to her she put it to her mouth. Nothing came out, but Darwin, fascinated, devoted 10 pages in the Descent of Man to music and evolution, said Aniruddh Patel, of Tufts University, in Medford, Mass.

Twelve years ago, Patricia Gray of the University of North Carolina at Greensboro went to Atlanta to visit a group of bonobos, a kind of chimpanzee that shares more than 98 percent of the human genome. One of the bonobos, named Kanzi, had become famous for his ability to respond to languages. Gray said she was idly tapping the glass outside Kanzi’s enclosure when the ape began repeating the beat back to her.

When Gray changed tempo, so did Kanzi. Eventually the bonobo tapped his feet to the rhythm while lying on his back.

Later, at the Jacksonville Zoo she brought a custom-made drum to a group of bonobos, and the music came spontaneously, she said.

Peter Gabriel, the rock musician, later brought a small band to entertain the bonobos and the apes played instruments right back at them. Not everyone is convinced that is entrainment, but it sounds like it.

There also is a YouTube video of musician-scientist David Rothenberg playing a clarinet with a beluga whale, but that also is not necessarily entrainment.

Peter Cook, now at Emory University in Atlanta, did research with a California sea lion at the University of California at Santa Cruz. The sea lion was trained to move its head in time to the music, including reacting to tempos she never heard before.

Edward Large of Florida Atlantic University in Boca Raton said almost every area of the human brain responds when synchronizing with music and musical rhythm, activating both the portions that govern motion and hearing -- hence dance.

"The networks of the brain communicate with each other by synchronizing rhythm,” he said.

He said the bonobos should be analogous to human children who can hear rhythm, but can’t actually synchronize with it until reaching about 4 years old.

Children synchronize with rhythm eventually as part of a socialization process, the ability to interact with others, he theorizes, which may explain its evolutionary origin.

“But if it is so powerful, why don’t all animals deploy it endlessly?” he asked.

Every animal tested seems to have the same ability humans have to perceive pitch -- high or low sounds. Some show evidence of hearing tonality -- the musical notes.

No one knows why only humans and some animals have developed the ability to synchronize with rhythm, the scientists agree.

“There are a whole menu of theories,” Large said.

Darwin thought it had something to do with courtship rites, which seems reasonable, Patel said. Most scientists now think there is a strong social component to the evolution of entrainment, the panelists at the meeting said.

Many think it has to do with vocal mimicry, or the ability to mimic sounds. This ability to synchronize shows group unity and bonding.

“Humans synchronize in an effort to display something about a group of individuals,” said Greg Bryant, a scientist at the University of California, Los Angeles, who was not part of the panel but has written extensively on the subject.

“When a group of individuals generates a complicated rhythmic display, they are giving an honest signal about their time together and how well they can coordinate their actions,” Bryant said.

“The rarity is probably due to the combination of skills that are required along with the evolutionary pressure to develop the ability,” he said.

Editor's note: This story has been corrected to indicate that Kanzi, the bonobo mentioned within it, is a male. We regret the error.