(Inside Science) -- The Florida Department of Health reported the first cases of locally acquired chikungunya virus on July 17, and they are unlikely to be the last.

Chikungunya (pronounced chik-ehn-GUHN-yuh) sounds foreign to American ears, but the virus may be taking root in the U.S. The name comes from the Makonde people of Tanzania and means "that which bends up," in reference to sufferers who stoop because they cannot straighten their painful joints.

The two cases reported in Florida last week represent the first time that researchers are aware of a mosquito transferring the virus from one person to another in the continental U.S. As of June 15, only 232 previous cases have been reported in the states, and all occurred in people who had recently travelled to countries where the disease is locally established. The virus lives in mosquito populations in much of the Caribbean as well as some countries in South America. Outbreaks also occur in Southeast Asia, India, and countries throughout Africa.

Though rarely fatal, chikungunya can cause high fevers and severe joint pain. Headaches, muscle pain, swelling of the joints and a rash can also accompany the infection. Symptoms usually appear three to seven days after the mosquito bite and go away within a week. But, in some individuals, disabling joint pain can last for months or years. Chikungunya can be especially dangerous for babies, the elderly, and people with underlying health conditions. Fortunately, once patients have suffered through the disease, they appear to be immune to re-infection.

There is no cure or vaccine for chikungunya, but infected individuals should rest, drink plenty of fluids and take over-the-counter pain relievers as needed.

Though the virus arrived recently in the Americas, scientists first identified outbreaks of chikungunya in people living on the borderland between Tanzania and Mozambique in 1952. The virus spread through Southeast Asia in the following decades and reached Europe in 2007. Chikungunya  arrived in the Caribbean Islands as recently as December 2013.

People travelling to countries where chikungunya is common can reduce their risk of catching the virus by avoiding mosquito bites. The World Health Organization recommends wearing long sleeves and pants and using insect repellent if working outside. Staying indoors and using window screens and bed nets can also prevent bites. Residents should remove any puddles of standing water where mosquitoes could breed.

The CDC cannot predict whether the virus will continue to spread throughout the U.S., or will pop up in localized outbreaks. Either way, it's likely that chikungunya is a name that Americans will be hearing more often in the future. 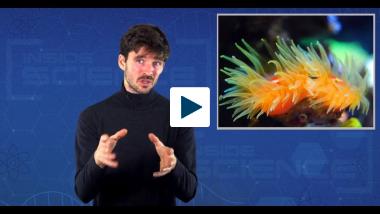 Around a World That Is Practicing Social Distancing
Disgust Evolved To Protect Us From Disease. Is It Working?
Lab-Grown Meat Climbs to New Heights on Scaffolds of Soy
Ethical Anguish in a Time of COVID-19
Fighting Misinformation About a Novel Disease
END_OF_DOCUMENT_TOKEN_TO_BE_REPLACED