How the heat of cities drives animal size may offer clues about how ecosystems will respond to global warming.
Image 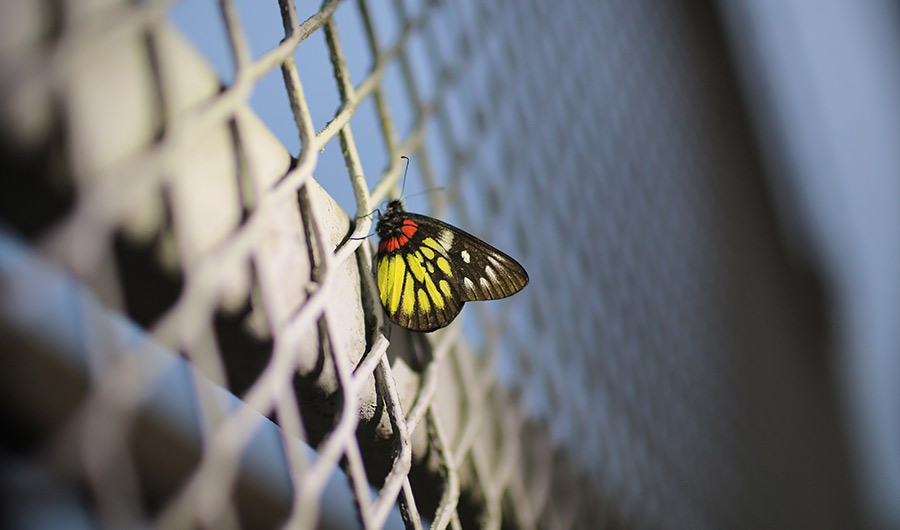 (Inside Science) -- Cities may be shaping the body sizes of urban insects and other animals, shrinking some groups of creatures and enlarging others, according to new research. Ecologists say those changes may have implications for the long-term health of cities.

"In urbanized settings, the communities of species are mainly composed of very small species if you compare it with natural areas. But for some taxa it was just the opposite pattern," said Thomas Merckx, an ecologist and postdoctoral researcher at the Catholic University of Leuven in Belgium who published a study in the journal Nature today. "This will very likely have implications on ecosystem functioning in urban habitats."

To see how city life affects animal communities, the researchers collected invertebrates from 10 groups of species with a wide range of sizes and lifestyles, from big, flashy butterflies to microscopic water creatures called rotifers. In total, they gathered and identified 95,001 creatures representing 702 species, taking them from more than two dozen plots of land and water in northern Belgium that had varying levels of urbanization.

Urban areas tended to have fewer creatures and a narrower range of species for most of the species groups. For example, the researchers found more than five times as many moth species and ten times as many individual moths in more wild areas as they did in urban ones.

The researchers did not measure individual organisms, but they did look at the typical sizes previously established for each species. Three groups -- butterflies, moths, and a group containing crickets and grasshoppers -- were larger in urban areas than in the country. The reason may come down to mobility, said Merckx.

Unlike the other groups in the study, butterflies, moths and grasshoppers depend on body size for dispersal, with large species flying or hopping farther than small species, said Merckx. The ability to travel is likely to be especially important in cities, where animals often live in small habitat patches separated by wide expanses of concrete and asphalt.

"For those species where you have a link between body size and dispersal, you see that only the bigger species are retained within cities," said Merckx. "The smaller ones are simply filtered out."

For four groups -- ground spiders, ground beetles, weevils and water fleas -- the species in urban areas had smaller typical body sizes than species in in natural areas. These creatures were likely responding to temperature, according to Merckx.

There is a broad trend in biology for animals to be smaller in warm environments, and cities are often warmer than surrounding regions because surfaces like asphalt soak up the sun's heat.

How the heat of cities drives the size of their small nonhuman inhabitants may offer clues about how other ecosystems may change with global warming.

"You can see cities as a kind of experimental setting. They tell us a bit about future climate change," said Merckx.

The findings demonstrate how complex human impacts on the environment can be, with heat and habitat fragmentation potentially pushing urban wildlife in opposite directions toward smaller or larger body sizes, said Marina Alberti, an urban ecologist at the University of Washington in Seattle who was not involved in the study.

"Through urbanization, we are not changing just one mechanism," said Alberti. "I think this is an example of the interaction between two different mechanisms that are both generated by urbanization that together may generate very different patterns."

The new study focused on which species manage to survive in cities, not on how those species adapt to urban environments. However, the same pressures that filter out species of certain sizes could potentially lead to changes in city-dwelling populations, said Merckx.

Why should people care how big insects or water fleas are in different habitats? Body size can have profound impacts on ecosystem health and function, as well as on the services those ecosystems provide to humans, said Merckx. For example, pollinators need to be the right size to match up with their host plants, so removing insects of a certain size could leave some plants unpollinated.

Likewise, said Merckx, past research has found that large water fleas are more effective than small ones at filtering out algae, a task that cleans water and prevents toxic algal blooms. In the new study, water fleas showed the most extreme size reduction of any group, with urban water fleas 44 percent smaller than country water fleas.

The new study could help guide landscape architects and city planners who want to preserve the natural ecology in the places they build, said Amy Hahs, an urban ecologist at the University of Melbourne in Australia and director of a consulting business called Urban Ecology in Action. She was not involved in the research.

"There's a lot of demand for this type of information," said Hahs. "They recognize that the long-term health and resilience of the cities really depends on the natural ecological elements."