The Connected Fates of Trees Thousands of Miles Apart

Interplay between forests and the atmosphere leads to surprising relationships between distant regions.
Image 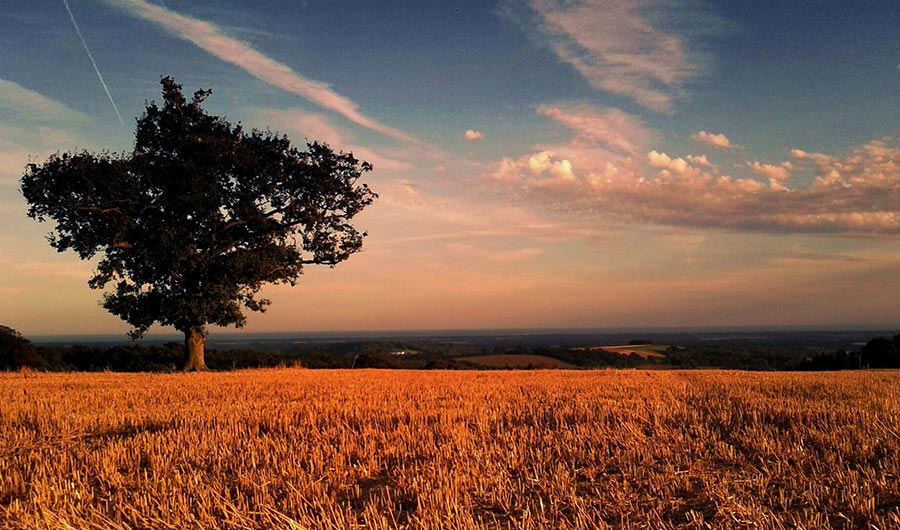 (Inside Science) -- It won't stop armchair philosophers from debating whether a tree falling in an empty forest makes a sound. But a new study suggests that millions of falling trees can harm -- or help -- forests thousands of miles away through their impacts on climate and weather. The results could help guide environmental projects and forest management.

That such distant influences exist is “something that people haven’t been able to demonstrate very well,” said Gordon Bonan, an environmental scientist at the National Center for Atmospheric Research in Boulder, Colorado. According to Bonan, the researchers publishing the study “have done a better job than anybody else.”

It’s impossible to do a controlled experiment on the entire Earth. So scientists such as Bonan use complex computer simulations to predict future climate. These models divide the atmosphere and ocean into thousands of boxes, each of which gets assigned an initial temperature, humidity and other weather conditions based on real-world data. Following the laws of physics, the toy worlds then pass through simulated centuries.

Climate scientists often study the relationships between temperatures and currents in both the oceans and the atmosphere. But Abigail Swann, an atmospheric scientist and ecologist at the University of Washington in Seattle, focuses on the impacts of plants. The most obvious way plants affect the atmosphere is by removing carbon dioxide -- the most important planet-warming greenhouse gas -- through photosynthesis. Plants also absorb sunlight and heat up; some of that heat is then transferred to the air. And they release water through pores in their leaves; similar to humans’ sweating or dogs’ panting, this transpiration also transfers energy to the atmosphere.

It’s long been known that such factors can create clouds and rain locally. But Swann wondered if plants could also influence weather and climate globally. In previous studies, she and others have experimented by adding or removing large forests in computer models. They discovered mysterious effects in distant places, similar to how during El Niño, the sloshing of warm Pacific Ocean water changes weather patterns worldwide.

For example, Swann found in a 2012 study that adding trees to North America and Europe caused droughts in the Amazon and rainfall in the Sahara. It’s like dropping a rock in a pond, she said; at first you see ripples only near where the rock fell, but over time the rock’s influence reaches greater and greater distances.

For the present study, Swann and her colleagues simulated forest loss at a scale relevant to the real world. In a computer model, the researchers converted forests to grassland in each of 13 regions of the U.S. identified by the National Science Foundation as being densely forested. They then ran the simulations forward for 80 years and looked at how climate and forests in other parts of the country changed.

The results, published Tuesday in the journal Environmental Research Letters, were dramatic. When Swann and her colleagues wiped out trees in the southwestern U.S., the atmospheric effects warmed the Midwest and eastern U.S. slightly, causing forests in those areas to suffer. Not all such teleconnections were negative, however: Removing trees from the Mid-Atlantic, for example, actually helped Midwestern forests grow.

Swann was surprised to see such faraway effects from wiping out forests in limited areas. “Honestly, I thought we would not be able to identify robust responses to smaller changes in forest cover,” she said.

Forest die-offs such as those Swann’s team created in their model are indeed happening. Droughts and insects have, over the past decade, killed more than 100 million trees in California. The researchers hope to study weather and satellite data to see if real forests respond to distant tree die-offs in ways predicted by their simulations. But teasing out such effects will be hard, Swann said, because many other factors also influence real-world climate and ecosystems.

“These signals almost certainly do exist, just based on what we understand about atmospheric science,” Swann said. “The question is if they’re large enough that you would ever detect them.”

The results could inform future environmental projects and forest management decisions. Large-scale efforts in China and the African Sahel to plant billions of trees and hold back encroaching deserts may influence global climate in ways that project planners have not anticipated; meanwhile, the American Southwest could be targeted as a priority area for conservation because of its importance to other regions. Swann and her colleagues hope to convince policy makers and environmentalists to consider such faraway impacts when deciding where to plant trees or how to allocate resources for saving stressed forests.

Swann’s study is “incredibly novel,” said Bonan. Scientists had previously thought instances of forests influencing the climate of distant regions might be rare, he said. “What this study’s showing is that this seems to be pretty common. Wherever trees are being lost, you’re seeing some remote consequence.”

But he notes that Swann’s study doesn’t reveal the actual mechanism by which one forest’s death influences the fate of another; rather, the computer model behaves like a black box. He hopes future work will clarify the chains of causation.

Swann and her colleagues “have invented a new approach to testing the sensitivity of climate to vegetation,” said Park Williams, a bioclimatologist at Columbia University in New York. According to Williams, “it’s a really creative study that needs to be repeated.”