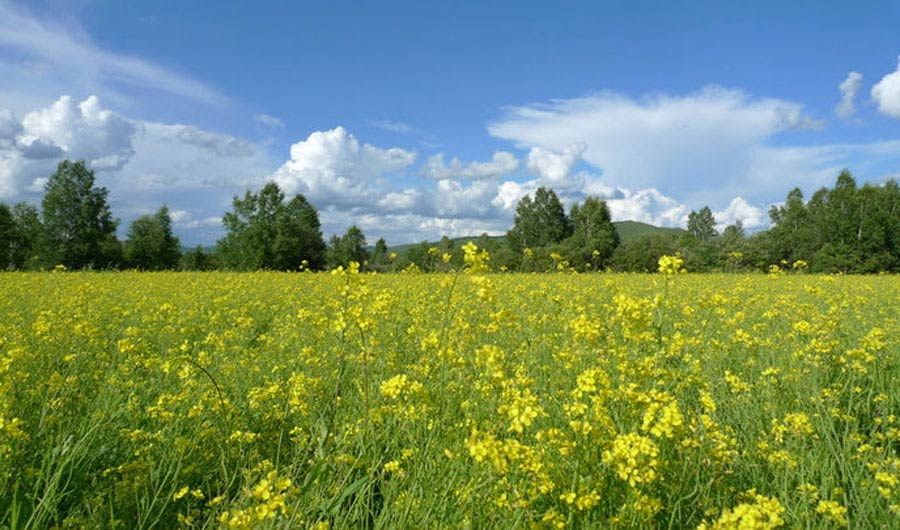 (Inside Science) -- Every day engineered nanoparticles in common consumer products are washed down drains, belched out from exhaust pipes or otherwise expelled into the environment. These miniscule chunks of material, which are around 100 times smaller than an average bacterium, can find their way into the waste water treatment system, and it's difficult to remove them because they're so small. Since about 50 percent of treated sewage sludge in the U.S. is used as fertilizer, a lot of these nanoparticles can end up in farmers' fields.

"We think that engineered nanoparticles have a great chance of getting into agricultural lands," said Xingmao (Samuel) Ma, an environmental engineering professor at Texas A&M University in College Station. Ma is one of a growing cadre of scientists who study how nanoparticles affect crops. The work is important because nanotechnology is booming. By 2020, the value of nanotech products on the global market is expected to reach $3 trillion.

In a study recently published in the journal Environmental Pollution, Ma and his colleagues report that a common industrial nanoparticle could in fact have a positive impact on crops -- helping canola plants that are stressed by salty conditions to grow closer to normal size. But the results should be interpreted cautiously. Other studies have found the same nanoparticle -- cerium oxide, made up of the elements cerium and oxygen -- can have both positive and negative effects, depending on the species of plant, how much cerium oxide it is exposed to and for how long, and other specific growing conditions, such as whether the plant was in soil.

"The idea of studying the salt stress combined with nanoparticles, this is good," said Jorge Gardea-Torresdey, an environmental chemist at the University of Texas at El Paso who has researched the environmental impact of nanotechnology for decades. Salt stress will likely be a bigger problem in the future, since a combination of climate change and increased demand for food for a growing population may force more farmers to irrigate with salty water, he said.

Cerium oxide nanoparticles of the type Ma and his colleagues studied are produced in the thousands of pounds each year in the U.S. and are used to make sunscreen, microelectronics, polishing agents and catalysts to speed up chemical reactions. They are also added to diesel to help the fuel burn more efficiently.

Half the plants they grew were also treated with salt solution. The researchers chose a salt concentration that fell within the average range for salty soil and brackish water reported in previous studies, they wrote.

Both groups of plants grew more slowly when exposed to salty water, but the plants grown with cerium oxide nanoparticles had bigger leaf mass, and higher levels of chlorophyll -- the green pigment plants use to turn light into energy -- than their salt-stressed, but nanoparticle-less peers. While the cerium oxide did not completely alleviate the stunted growth caused by the salt solution, it did help the plants flourish more than they normally would under such conditions. For the salt-stress-free plants, cerium oxide nanoparticles also increased plant mass, but the increase was primarily in the roots.

The results are encouraging, given the likely need to grow crops on marginal land in the future. Still, significant questions remain. It's important to test whether the positive effect persists with different plants, different concentrations of salt and nanoparticles, and in different soil conditions, said Jason White, an analytical chemist at the Connecticut Agricultural Experiment Station, a state agency that conducts agricultural research. White has worked with Ma on separate projects, but was not involved in the salt study.

White himself is looking at how nanoparticles move through the food chain, such as from plants to insects. Ma and his team are currently investigating how cerium oxide nanoparticles might turn specific plant genes on or off, which would point scientists to a more precise explanation for why the particles have the effect that they do.

"We are talking about something new and still unexplored. Every day we discover new aspects," said Lorenzo Rossi, a postdoctoral researcher in Ma's lab and a co-author of the paper.

Some companies are already using nanoparticles in products to help plants grow, Ma said, so a cerium oxide additive for farmers' field is a definite possibility.

"I know for a fact that there are fertilizer companies in China who are adding cerium [nanoparticles] to their products," White said.

This research, and the projects that follow up on it, could help scientists build an understanding of the potential effects, both helpful and harmful.