Researchers want to use fungi to try to promote forest growth.
Image 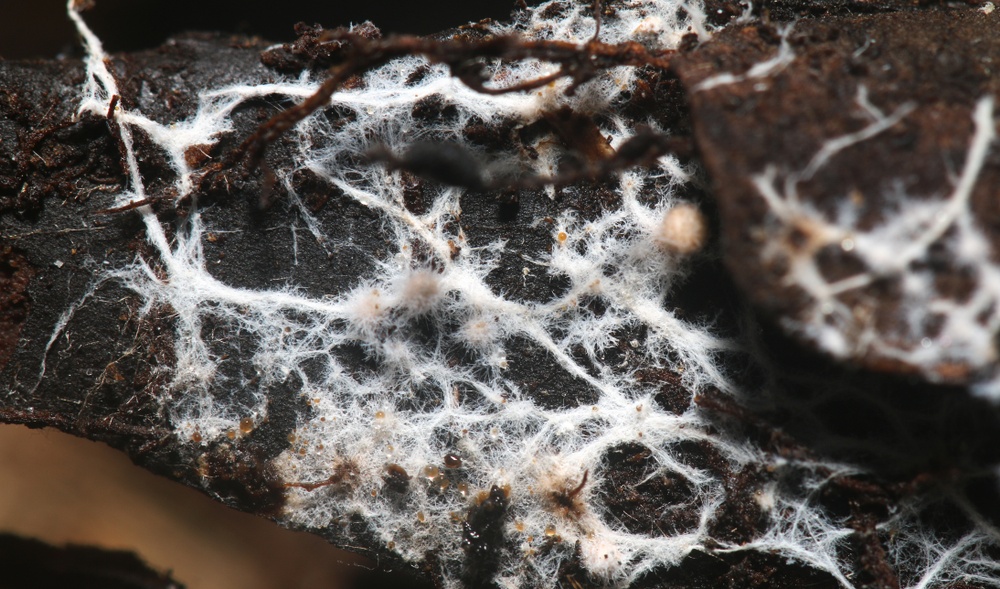 (Inside Science) -- People with a bacterial infection in the colon called clostridium difficile colitis can receive a fecal transplant as a treatment. The procedure involves introducing poop from a healthy person into a sick person's gastrointestinal tract, where the donor's good gut bacteria can fight off the infection. Studies are being done to determine if fecal transplants could also be used to treat irritable bowel syndrome, liver disease, neurocognitive disorders and other conditions.

Colin Averill wants to try something similar for trees -- inoculating forests with fungi that might promote tree growth and increase how much carbon a forest can capture. Averill's team, which works in the Crowther Lab at ETH Zürich, has found evidence suggesting that the types of fungi living below ground in forests are strong predictors of tree growth. The researchers first presented their findings at a meeting of the American Geophysical Union in New Orleans last December, and they published them last month in the ISME Journal.

It's not clear yet whether the fungi themselves are causing this growth. To find out, the researchers are conducting controlled experiments in the field where they're planting trees with soil from other forests. "We need to start figuring out ways to change which fungi live on the roots of trees and ask, in turn, 'Can we change how an entire forest works?'" said Averill.

Most land plants have relationships called mycorrhizae with fungi below ground. Laura Bogar, a postdoctoral researcher at the Moeller Lab at the University of California, Santa Barbara, said that "land plants as we know them probably had to associate with fungi to begin to evolve at all." Bogar studies mycorrhizae but is not involved in Averill's research.

Usually, relationships between plants and fungi are mutually beneficial, said Bogar. Mycorrhizal fungi help plants extract water and other nutrients from the soil and protect the plant from pathogens. "It's very difficult for a plant on its own to extract all the resources it needs from the soil," Bogar said. In return, the fungi receive carbon the plant captures during photosynthesis.

In a presentation at the AGU meeting, Averill described the networks of fungi that spread beneath the forest floor. He said that a handful of soil can contain 100 kilometers of fine threads of fungi.

Arbuscular mycorrhizal fungi exchange resources with plants by puncturing the roots' cell walls, while ectomycorrhizal fungi, which partner with many types of trees, "have repeatedly evolved the ability to grow around the outside of a plant root and wind their way in between the outer cells," said Bogar. "I like to think of it as the world's tightest toe sock made of fungus."

These plant-fungi relationships are significant. Gabe Runte, a graduate student who also works in the Moeller Lab at UC Santa Barbara and studies the role of mycorrhizae in reforestation, said that plants dedicate about 15% to 20% of the carbon they capture to their ectomycorrhizal fungi partners.

When researchers have grown plants with and without fungi, those with fungi grow larger and healthier, said Averill. But such simple experiments don't capture how the dozens to hundreds of types of fungi in a forest might together contribute to carbon capture and forest development. Bogar said if we're going to leverage fungi for purposes such as reforestation, "understanding what a given fungus is going to do in association with a particular plant in a given context is going to be important."

For the past two years, Averill's team has been working with foresters from over 300 forest-monitoring plots in Europe to gather data on trees and their fungi. The foresters have sent samples of soil from their plots to the researchers, who use DNA sequencing to determine which fungi are present in the soil. They then pair this information with data on tree growth and health that the foresters have been collecting for decades.

Averill said a number of different factors are making this sort of work possible now. The cost of DNA sequencing is declining. The Department of Energy's Joint Genome Institute has a library of genomes for well over a thousand fungal species, which Averill's team used to understand the functional genetics of the samples. Also, scientists used to think they had to keep soil samples super cold to preserve the DNA, but they've learned they can just air-dry samples.

The researchers built statistical models to measure how tree growth was related to the types of fungi present in the soil, as well as climate, soil types and other factors. They found that the types of fungi present weren't only a strong predictor of tree growth and carbon capture -- they were the best predictor out of all the environmental factors they looked at. The research was led by Mark Anthony, a postdoctoral researcher in the Crowther Lab.

Averill said the fungal microbiome might be just an indicator of other underlying factors that contribute to tree growth. But there are also reasons to believe that fungi might be causing tree growth. For example, the fungi associated with tree growth also have more genes involved in inorganic nitrogen uptake, which is also linked to forest productivity, Averill said via email. If that's the case, then the wrong fungi could cause a tree to grow more slowly, the same way the wrong bacteria in a person's gut can make them sick, he said.

His team is now testing the idea that fungi cause tree growth by planting trees and bringing in fungi from other places, then seeing whether the fungi increase carbon capture or make trees less susceptible to drought and disease. "We're developing ways to basically source soil from forests and actually use it as an inoculation material," said Averill.

One of their tree plots is in a grazing pasture in Wales.

"We know that the fungi living in these grazing pastures look nothing like the fungi that live in a forest," Averill said. They're growing Sitka spruces with fungi transplanted from a Sitka spruce forest that seemed likely to have high-performing fungi, as well as woodland trees with fungi from a nearby woodland restoration. "We were like, 'Here's where you're going to find high levels of fungal biodiversity, and of fungi that are not going to be living in that field," Averill said. The researchers are also running an experiment in the Yucatán Peninsula in Mexico and are about to set up another experiment in Ireland.

Both Averill and Runte said one potential risk of transplanting fungi is introducing disease-causing organisms to the forest. Also, Averill noted, it's possible this process could slow down tree growth instead of increasing it. "This is why we need to trial things rather than just start blowing soil around at scale," he said.

Even though forests can take up to 100 years to mature, Averill hopes they might have insights into how the fungi are impacting growth sooner. For Loblolly pines, which Averill said have a 25-year life cycle, "differences in height that are present at years one and two are often predictive of differences in height and wood volume that you see at years 24, 25, 26," he said. "I think there actually is opportunity to get results that have meaningful implications for the entire forest carbon cycle on short timelines."

Helping forests grow would allow trees to suck up more of the carbon dioxide that humans release when they burn fossil fuels -- the driving force behind human-caused climate change. "And certainly, emotionally, many of us like forests," Bogar said. "I think that's worth something."