Study suggests parts of the animals' backs and legs fused together to form wings.
Image 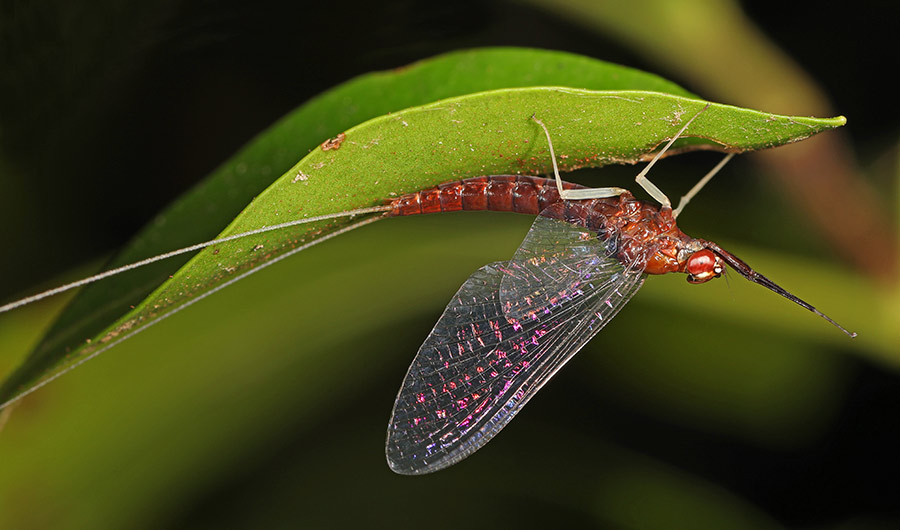 (Inside Science) -- Crustacean genes might shed light on the origin of wings in insects, a new study finds.

Like the arrival of vertebrates on land, the evolution of flight in insects was a pivotal moment in the history of life, helping make insects some of the most successful animals on the planet. However, the question of how insects evolved wings has sparked debate for more than 200 years.

The controversy over which insect body part evolved into wings now largely falls into two camps. One group favors the edge of the exoskeleton segments that cover the animal's back. The other argues for leg segments near the body.

To help solve this mystery, scientists analyzed Parhyale hawaiensis, a kind of shrimplike crustacean known as an amphipod. Crustaceans are the closest relatives of insects, and are likely their ancestors -- the researchers chose Parhyale because its body plan remains similar to that of insects.

The scientists analyzed the activity of six genes in the crustacean that previous work found were analogous to insect DNA essential for wing formation. They also used the gene-editing tool CRISPR-Cas9 to knock out three of these genes in Parhyale embryos.

The researchers found these analogs played a role in the development of both the upper leg segments and the edge of the exoskeleton on the back. This suggests that both sides in the debate may have been right -- insect wings evolved from the two tissues fusing together and growing out of the body.

"We are very intrigued that a gene network similar to the wing gene network already existed in the common ancestor of insects and crustaceans before the evolution of the insect wing itself," said study senior author Yoshinori Tomoyasu, an evolutionary biologist at Miami University in Oxford, Ohio. "We would like to investigate what changes in the network have facilitated the evolution of this unique and novel structure."

The scientists detailed their findings online Aug. 3 in the journal Nature Ecology & Evolution.