The choices that fathers make as boys may affect the health of their future sons, grandsons, and even their great-grandsons.
Image 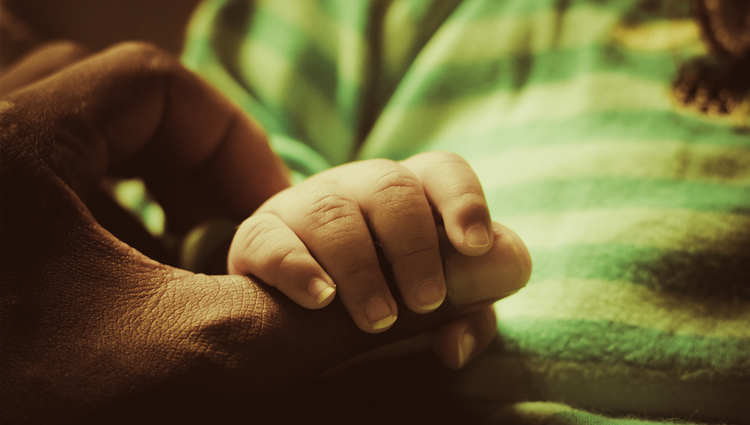 (Inside Science) -- This Father's Day, guys everywhere should thank their dads for living clean lives. The choices that fathers make as boys may affect the health of their future sons, grandsons, and even their great-grandsons by tinkering with the genes they hand down through the generations.

Traditional high school genetics says that the features inherited from dad, like eye color or risk of diabetes, are out of his control, hardwired by nature into the genes he passes on. But a brewing scientific revolution called "epigenetics" suggests that dad's experiences in his own life could also shape his sons by leaving chemical traces in his sperm. These traces, which attach to genes, may influence how much his sons weigh, whether they will develop diabetes, and perhaps even how attractive women will find them.

"Before Mendelian genetics in the 1920's, environment was thought to play a big role in the development of offspring," said David Crews, an epigeneticist at the University of Texas, Austin. "Now the pendulum is swinging back, and it's a literally a brand new field again: epigenetics, the interface between the genes and the environment."

For example, men who smoke when they are young have sons who are more likely to be overweight. That's the finding of Marcus Pembrey, a geneticist at the Institute of Child Health, University College London, who examined the health records of 14,000 families from the Avon Longitudinal Study of Parents and Children. Out of the 5,400 fathers in the study who smoked, 166 started smoking before the age of 11, during a critical time for development called the "slow growth period." Years later, the children of these early smokers were more likely to be overweight at age 9 than those of the other smokers or non-smokers in the study.

Similar connections have been found between female smokers and their descendants. Frank Gilliland, an epidemiologist at the Keck School of Medicine in Los Angeles, discovered that the grandchildren of female smokers were almost twice as likely to develop asthma, even if their mothers were non-smokers. Mothers who smoked were one-and-a-half times more likely to give birth to asthmatics, and if two generations smoked, the risk was about two-and-a-half times higher.

"We suspect that when a pregnant woman smokes, the tobacco might affect her fetus's DNA ... and if it is a girl, her future reproductive cells as well," said Gilliland.

Unlike Gilliland's mothers, though, Pembrey's smoking dads only influenced the health of their sons, not their daughters. He suspected that these influences are passed on via the male Y chromosome.

Pembrey also joined up with a group of Swedish scientists to investigate whether a boy's diet just before puberty could affect the health of his future descendants. In 2002, Gunnar Kaati and colleagues at Umeå University looked at historical data from the turn of the 19th century, records of harvests and health from the town of Overkalix, Sweden. They found that the children of men of who went through puberty during lean times were less likely to die from cardiovascular disease. On the flip side, men who came of age during times of plenty had children and grandchildren who tended to be diabetic.

When Pembrey re-examined the data years later, he discovered that -- like his smokers -- the Swedish diners only affected their male descendants.

None of these genetic effects involves an actual mutation or change in DNA. Though the exact mechanism is still unknown, one leading explanation for these unusual tales of inheritance is a chemical called a "methyl group" naturally found in the human body. These molecules attach to your DNA in patterns that turn genes on and off. The DNA of identical twins, which has the same genetic sequence, has different methylation patterns, which may explain differences between twins.

Epigeneticists predict that the hidden causes of our behaviors and complex diseases may lie not only in -- but on -- our DNA, in these tiny attached switches that control our genes.

But the clearest evidence for the effects of these switches on family lines comes from experiments with animals, not human studies. "The problem with that kind of study -- it's an inherent problem with human studies -- is that the effect could be caused by something else. Children or grandchildren of the smokers, for example, could have been exposed to more smoke in their homes," said Crews.

Crews studies the effects of a fruit crop fungicide called vinclozolin on rats. In humans, this chemical is known to cause kidney problems and cancer, and allegations have been made that the health problems it causes in South American banana plantation workers pass down through the generations. To test this claim, Crews exposed male rats to the chemical, which is known to change methylation patterns on the DNA in sperm.

He found that female rats tend to avoid the sons of exposed mice -- and also their grandsons and great-grandsons, an effect that lasts across three generations. "This the first true demonstration of a transgenerational epigenetic effect in animals," said Crews. The finding of the experiment, he said, may even explain one way that new species are formed in the wild -- females may avoid male lines that have been exposed to environmental toxins.

Michael Skinner, who collaborates with Crews at Washington State University in Pullman, has identified the changes in methylation patterns that underlie the males' repulsiveness.

"We've seen about 200 sites that have DNA methylation changes, which in turn have the ability to regulate thousands of genes," said Skinner. "A relatively small number of epigenetic changes can regulate a large amount of the genome."

Some evidence for inherited changes in methylation patterns has emerged in human studies of pregnant mothers.

During World War II, many women living in western Holland starved to death when the Germans blockaded food deliveries. Those who survived and were pregnant during the Dutch "Hunger Winter," which lasted from October 1944 until the Allies liberated the country in 1945, gave birth to low-weight babies. Compared to those born before the famine, these children had different methylation patterns decades later and were twice as likely to be obese and at risk for schizophrenia as they grew older, according to L.H. Lumey, an epidemiologist at Columbia University in NewYork who examined their health records decades later.

"It's the strongest evidence so far linking events early in pregnancy to a particular outcome in the child," said Lumey.

These discoveries help shed light on the root causes of complex diseases and characteristics. Many diseases are known to be partially inherited from parents. Some, like Huntington's disease or hemophilia, can be traced to mutations in individual genes. But the heritable components of many other diseases, from autism to multiple sclerosis, are complex and have proven elusive.

"There is a huge gap between how inheritable these diseases are and what we can find in the DNA sequence," said epigeneticist Art Petronis at the Centre for Addiction and Mental Health in Toronto.

Certain forms of cancer are caused by abnormal methylation problems, and other research hints that suicide and other psychological problems may be linked to epigenetics. Petronis believes that the key to understanding many of the diseases may lie not in looking not only at the genome, but at the epigenome as well.