A long-held explanation for the spectacular diversity of fishes turns out to be wrong.
Image 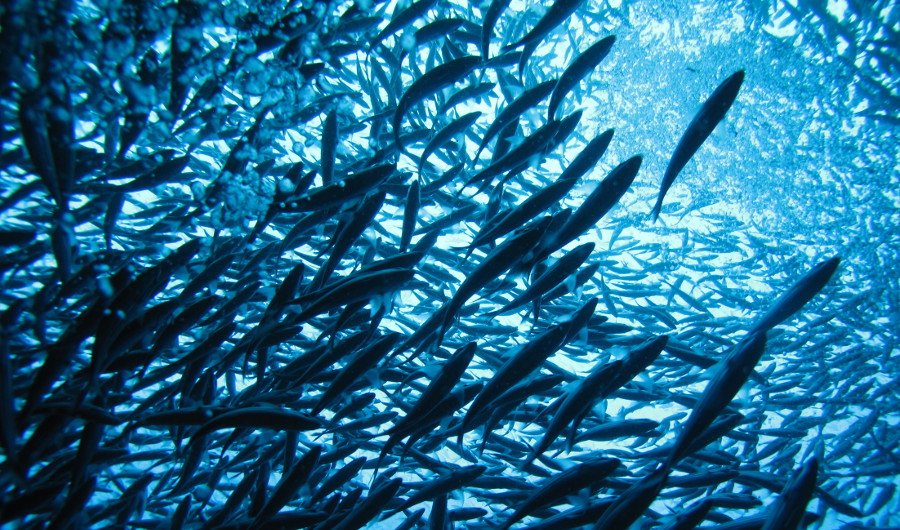 (Inside Science) -- Roughly 60,000 species of vertebrates are alive today; half of them are terrestrial vertebrates -- mammals, birds, snakes, lizards, amphibians -- and the other half are fish. Of the fish, more than 95 percent belong to a group known as teleosts, so named because they have true bone. The group includes a stunning array of shapes and sizes, ranging from sharp-toothed anglerfish to massive, pancake-flat sunfish. Now, a new study questions the long-held assumption that teleosts had some innate advantage that allowed them to evolutionarily outpace their non-teleost counterparts.

For years, evolutionary biologists have speculated about the reasons for the teleosts' exceptional diversity. In particular, some researchers believed that a genome duplication event early in the evolution of the teleosts, but not the holosteans (the teleosts’ sister lineage, which today has only eight species, including the gar and the bowfin), was the key feature that allowed them to diversify.

It was thought that the genome duplication might accelerate the rate at which the group could modify existing traits and evolve new features, giving them access to new environments or lifestyles. In other words, there was something inherently special about teleosts that gave them remarkable abilities to diversify.

The larger group of ray-finned fishes includes teleosts and holosteans, which have bone, and sharks, which have cartilage but no bone. Although the teleosts are by far the most diverse group today, the diversity of the holosteans, as shown in the fossil record, has gone unrecognized until now because the research focus had been on explaining the diversity of living teleosts.

To investigate the hidden diversity of holosteans, University of Pennsylvania paleobiologist John Clarke, who started the project in Oxford with Graeme Lloyd and Matt Friedman, surveyed the diversity of teleosts and holosteans during the Mesozoic Era, between 100 and 250 million years ago, when these groups of fish originally evolved and began to split off into different species. Clarke visited museums across the world to image fossil holosteans and teleosts. By measuring body size and using a method called geometric morphometrics to measure changes in the fishes’ body shape, Clarke counted the number of different shapes and sizes and also determined how innovative a lineage was -- did it evolve the same shapes and sizes over and over, or did it evolve a variety of new and different shapes and sizes?

What he found was striking. The early members of the holostean group were morphologically diverse, much more so than their modern day counterparts would lead us to believe.

"In the early part of the Mesozoic, you would have thought that the holosteans were the wave of the future, because they were the ones that seemed to be doing most of the interesting things ecologically," said Friedman, who is now associate professor at the University of Michigan. "Many teleosts, by contrast, were small, minnow-like animals that didn't seem to do very much interesting at all."

What's more, the researchers found no difference between teleosts and holosteans in the rates at which traits evolved or innovations appeared. That was unexpected because the idea that the genome duplication allowed teleosts to diversify "assumes that teleosts must always have been good innovators and had all different shapes and sizes," said Clarke. But teleosts weren’t exceptionally diverse during the early part of their evolutionary history.

"There isn't really anything special about teleosts at all," explained Friedman. "The teleosts' sister lineage without this genome duplication are equally able to find new body plans or evolve at relatively high rates of change," he added.

Furthermore, although the living holosteans are considered by many to be "living fossils" -- that is, animals that have changed little, if at all, for hundreds of millions of years -- they come from a lineage that was actually very diverse early in its evolutionary history. "Without the fossils, it would have been impossible to realize that this group of fishes was so diverse in the Mesozoic," said paleontologist Lionel Cavin of the Natural History Museum in Geneva, Switzerland, who was not involved in the study.

Clarke, Lloyd and Friedman aren't entirely sure why the holosteans subsequently declined while the teleosts thrived. The teleosts really took off and diversified in the late Cretaceous Era about 65 million years ago, beyond the period of time that they studied. The success of teleosts probably can’t be attributed to one catch-all explanation such as genome duplication, but rather, is more likely to be attributed to specific features within different group of teleosts, Clarke said.

The study, published this week in the journal Proceedings of the National Academy of Sciences, does bring an important shift in perspective, the researchers say. Because the other lineages did not lack the capacity to diversify, the new insights shift the question from "Why do teleosts have exceptional abilities to diversify?" to "Why did more teleosts survive?," explained Alfaro.

Viviane Callier is a freelance writer based in Washington, D.C. Her work has appeared in Science, Scientific American, The Atlantic.com, and other publications. She has a Ph.D. in biology from Duke University.