Detecting Bad Almonds Before You Bite 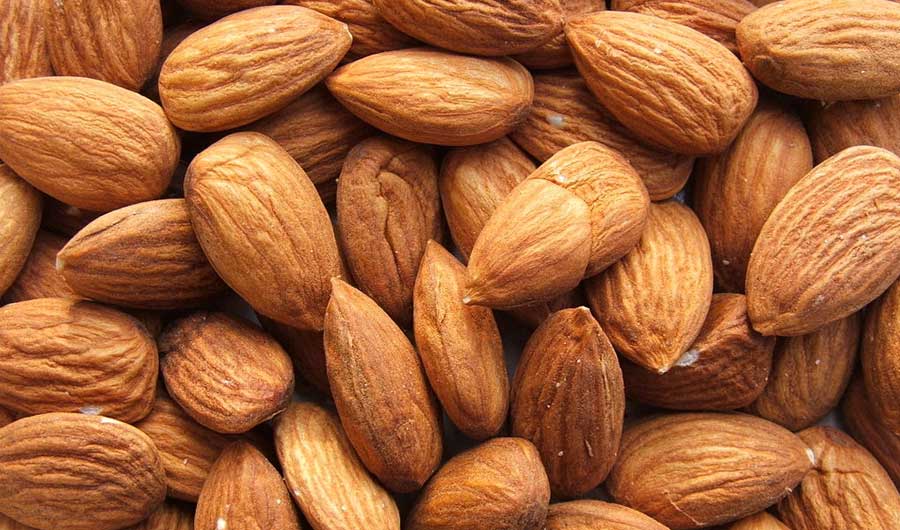 Some almonds, damaged by moisture after harvest, can leave a bitter taste in your mouth.

(Inside Science) -- California produces more than 80 percent of the world's almonds. While most taste like, well, almonds, some may harbor a nasty surprise when cooked: a bitter taste that leaves some people grimacing.

"You'll get a handful of these almonds in your mouth, you'll take a couple of chews on them, and you're spitting them out they're so bad," said Alyson Mitchell, a food chemist at the University of California, Davis.

While roasting does cause the bad almonds to darken, making them detectable, the two types look the same from the outside when raw. As a result, it's hard to separate the good almonds from the bad. Now, Mitchell and her colleagues have developed a technique that can detect about nine out of 10 of the defective almonds when they're raw. With further development, a food company could use it to sort almonds on the processing line, weeding out the bitter ones before consumers suffer that unpleasant bite.

Scientists still don't know all the reasons why some of the almonds go bad. But they do know that if there's too much moisture from rain or irrigation one season and an almond doesn't dry properly, the inside of the nut is damaged. The almonds, which don't pose a health risk, can taste bitter after they're roasted.

A few years ago, the Almond Board of California approached Mitchell with the problem. "As a scientist, this is a challenge." she said. "How do you develop methods for something you can't actually see?"

The key is a spectrophotometer: a matchbox-sized scanner that "sees" the chemical building blocks of objects like the human eye sees color. Scientists have safely used it to study foods such as almonds and macadamia nuts.

In the study, the researchers dropped damaged and undamaged almond halves inside the spectrophotometer, then used a statistics program to analyze how many lipids, proteins and carbohydrates each half had. Damaged nuts had smaller amounts of all three.

By pairing the spectrophotometer and the statistics program, the scientists could correctly distinguish damaged almonds from non-damaged about 91 percent of the time. "That's really good," Mitchell said.

The paper describing the results appeared in the Journal of Agricultural and Food Chemistry on June 16.

"The work that Alyson did was brilliant, I think, because she could see the damage before the roasting," said Michelle Wirthensohn, a plant breeder at the University of Adelaide in Australia who studies almond breeding and was not involved in the research.

The problem, however, is still a hard nut to crack completely. The technique might currently be too slow for sorting almonds outside the lab. The eventual goal is to scan 40 nuts per second, but now it takes about 15 to 20 minutes for 100 almonds, said co-author Cristian Castillo, a graduate student in food science at the University of California, Davis.

In 1999, U.S. Department of Agriculture scientist Thomas Pearson detected these faulty nuts -- a problem called concealed damage within the industry -- using near-infrared waves for the first time. His technique worked about 88 percent of the time.

"I'm glad that they made some improvements on the detection," said Pearson, who now designs systems for inspections at the pharmaceutical company Amgen.

His original technique "never really caught on" because concealed damage in California only appears sporadically, he said.

"The almond industry wants to throw money at it to come up with solutions," he said, "but by the time someone does something it's the next year, and no one really cares about it anymore."

Almond growers do follow guidelines for preventing concealed damage in harvests, such as timing the harvest around rain and moving nuts to dry areas, said Tim Birmingham, the director of quality assurance at the Almond Board of California, in an email. He wrote that the organization is funding ongoing research with Mitchell's lab, and it will incorporate future findings into a set of recommendations for growers.

Because of the sheer number of almonds grown in California, the improved technique could one day prevent an untold number of bad nuts from reaching the market. That's news our tastebuds could go nuts for.