Do You Smell What I Smell?

A new study with potato chips suggests we all perceive scents differently, but culture tells us to agree when naming them.
Image 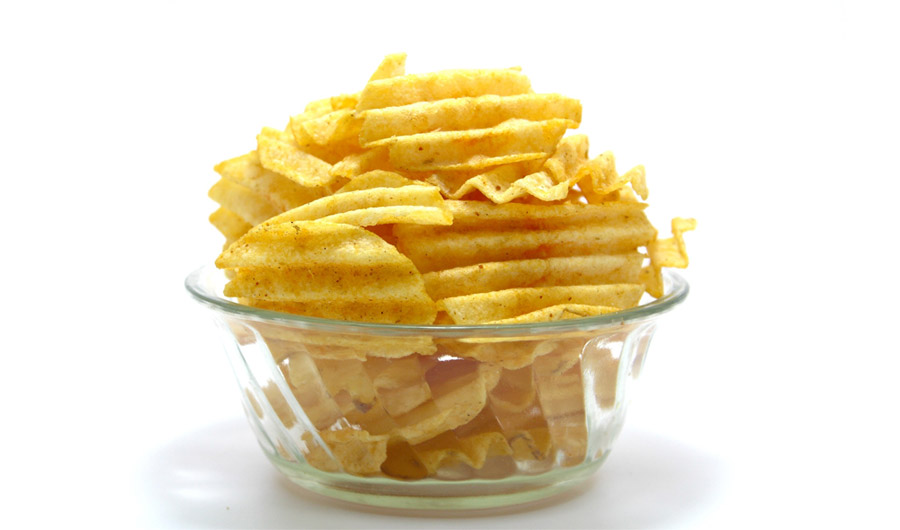 (Inside Science) -- Most of us know a potato chip when we sniff it. But at the chemical level, a new study shows, our noses smell quite different things.

The idea that each person's sense of smell is different -- while still agreeing that cheese smells like cheese and a potato chip smells like a potato chip -- isn't new. But other than this new research, supporting data has been scant.

"This is the first time there's proof that people are experiencing different things when eating the same product or smelling the same thing," said Madeleine Rochelle, a graduate student in odor chemistry at Cornell University, who presented her study at last week's meeting of the American Chemical Society in San Francisco.

People easily identify common smells -- a rose, a sizzling steak or a sauvignon blanc -- but it isn't because everyone senses the same combination of aromas, according to the researchers.

"This is a pretty definitive demonstration that we experience different things," said Terry Acree, a professor of food science and chemistry at Cornell. The reason we identify the same scent is because of our cultural experience, he said.

The new study focused on the humble potato chip, whose odoriferous essence boils down to only three chemicals: methanethiol, methional and 2-ethyl-3,5-dimethylpyrazine, which smell like rotten cabbage, roasted potato and toast, respectively.

The researchers asked test subjects, two men and two women, to sniff odors from an automated machine called a Sniff Olfactometer, which squeezes Teflon bottles containing the odors. Each squeeze lasts for about 70 milliseconds, releasing a whiff brief enough so that the subjects wouldn't get used to the smell.

First, the researchers measured the minimum concentration at which each subject could detect each smell, when compared to an odorless ethanol solution.

Next, the subjects smelled combinations of two odors at varying concentrations, noting if they smelled one or the other. This gave the researchers a measure of each person's sensitivity to each odor compared to another, and, in particular, the point at which a subject is equally likely to detect either odor. The researchers then repeated the experiment with combinations of all three odors.

The measurements revealed that each subject's sensitivity to odors diverged widely. One person might be tens of thousands of times more sensitive to a toasty smell than the stench of rotten cabbage, for example.

But disparities disappeared when the researchers had the subjects compare various combinations of the three compounds with real potato chips -- mushed together with water and formed into a ball, to simulate what you swallow with each mouthful. Three of the subjects recognized the exact same combination of the three compounds as a potato chip, despite their differences in sensitivities. The fourth person, the researchers said, is likely an outlier.

These measurements are among the first to quantify the perception of odor mixtures, said Ann-Sophie Barwich, a philosopher of science at Columbia University who specializes in olfaction. "Most scientific studies concern individual molecules because it's easier and much more controllable," she said. But it's well known that an aroma is greater than the sum of its parts. There's "this emergent property in the brain that they can combine and make up a potato chip even though individually, they smell like toast and rotten cabbage."

What's unique about the new experiments is the ability to study the how people respond to mixtures and how each person compares, Barwich said.

Although the study involved only four people, the initial results are convincing, Rochelle said. Repeating the experiment with more test subjects is next, and should be straightforward now that the researchers have established their experimental procedure. They also plan to explore more complex smells like sauvignon blanc.

The experimental setup using the Sniff Olfactometer is a powerful one, Barwich said. For example, the method can help probe the role of expectation and anticipation. In the initial potato chip study, the researchers told the subjects they would smell the salty snack. But what if the volunteers weren't told anything? Gauging the effect of culture on the ability to identify smells could also be interesting, she said, because previous studies have shown that your sensitivity to certain odors depends on your familiarity with them.

Smell research might also tell us about taste. The two senses go hand in hand, after all. Indeed, the Cornell team's new results might also apply to taste, which is more challenging to test experimentally, Acree said. Such sensory discrepancies among individuals likely help to explain differences in preference.

So if you're extra sensitive to a rotten cabbage smell, for instance, you might hate kimchi. But you might also not care much for potato chips -- which just leaves more for the rest of us.