Will there ever be a perfect way to count votes?
Image 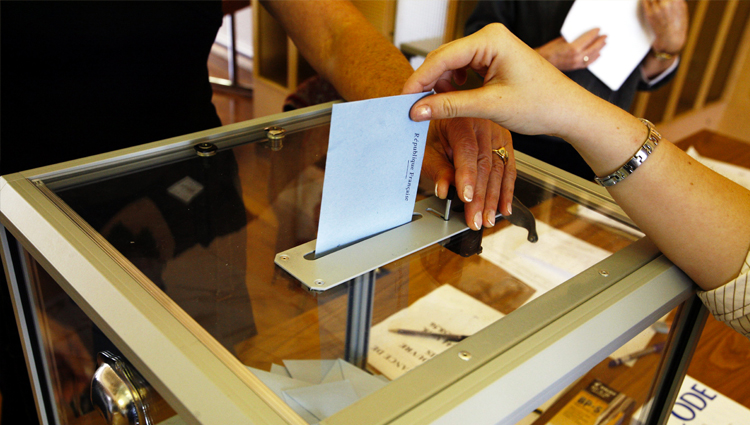 (ISNS) -- Polls show tight races in several of the 10 states holding nominating contests for the Republican presidential nominee on Super Tuesday, March 6. If any state's results are very close and a recount by hand is required, new research warns that, despite careful counting, the results may not still be completely accurate.

One race this year has already been subject to a recount.

On January 3, Republicans in Iowa voted in the party caucus and immediately after the balloting the state committee announced that former Massachusetts Governor Mitt Romney had defeated former Pennsylvania Senator Rick Santorum by just 8 votes.

Sixteen days later, a recount of the paper ballots collected in buckets at the caucuses showed that Santorum won by 34 votes. There had been a miscount.

While the Iowa miscount shocked pundits, Mike Byrne, a psychologist at Houston's Rice University, was hardly surprised. Byrne and colleagues at Clemson University have reported a study showing that even the most careful hand ballot counting can result in an error rate as high as two percent, even without involving the ambiguous hanging chads of the 2000 Florida presidential election that enthralled the nation and embarrassed election officials.

Paper ballots have been used in voting since the Roman Empire and are used in most voting around the world. But many jurisdictions in the United States are replacing them with electronic voting machines. Experts point out electronic voting has many potential security vulnerabilities that are hard to eliminate, whatever the method or model. They recommend a paper trail to verify electronic results and these are usually counted by hand.

The Rice-Clemson research indicates that may not be foolproof either.

Byrne admits that for most elections in the United States, even a 2 percent error won't change the results, but it can happen. Ask former Minnesota Sen. Norm Coleman. Minnesota Sen. Al Franken defeated Coleman in 2008 by 312 votes out of over 2.9 million, a .011 percent margin of victory. Franken was only sworn in after the Minnesota Supreme Court confirmed his victory.

Even under the best real-world circumstances, figuring out which candidate actually received the most votes in such a close election would have been impossible with a 2 percent error in hand-counted votes. Byrne's research found that the estimated margin of error in hand counting is bigger than the Minnesota margin of victory.

"In any count, or counting process, things get missed," Byrne said. The errors, he said, are usually random.

Their research will appear in an upcoming issue of Election Law Journal.

Election districts counting ballots by hand usually use two methods: "read-and-mark," or "sort-and-stack." Byrne and his associates replicated both in their experiment, using clearly marked ballots to avoid any ambiguity, like the hanging chads in Florida in 2000.

In "read and mark" method, at least four people count the ballots sequentially as they are taken from an unsorted stack. One official announces aloud the choice marked on the ballot. Another watches to see that the announcement is accurate and collates the ballots in cross-stacks of 10 each. The other two officials then mark the vote on a tally sheet, one watching to make sure the other tallies it correctly. While that sounds totally dependable, the researchers still found an error rate of 0.5-1 percent.

In the "sort-and-stack" method, only one vote question is viewed at a time. The three officials each have their own tally sheets. They sort the ballots into piles, one for each candidate and one for ballots that are essentially none-of-the-above. In Byrne's experiment, that produced four piles. The subjects then counted the piles by hand.

Two people usually count each pile separately and then announce their totals. If there is a discrepancy, they count the piles again.

That system produced as much as a 2 percent error rate, which gets it in the range of some recent close elections.

"A lot of people think counting is easy," Byrne said. "All you have to do is follow procedures.  “Our research findings show that some methods are better at preventing errors than others. And while these methods may not eliminate all errors, they can help reduce confusion and produce a more reliable audit."

All this raises the issue of whether there will ever be a perfect system.

"This is a great example of how humans are generally not that good at repetitive tasks like counting, but computers are really good at that," said Daniel Castro, an expert on electronic voting and senior analyst at the Information Technology and Innovation Foundation in Washington.  "I do not think we will ever have a hand counting system that outperforms a computer, especially if you factor in cost."

Castro said that he was "not sure any system is perfect." He also indicated an additional area of potential error.

"Whether voting is done on paper or electronically, it is important to have a well-designed interface to ensure ballots are cast as intended," said Castro.