When the bloodsucking insects eat sugar, they express more of a specific protein that can curb their attraction to humans.
Image 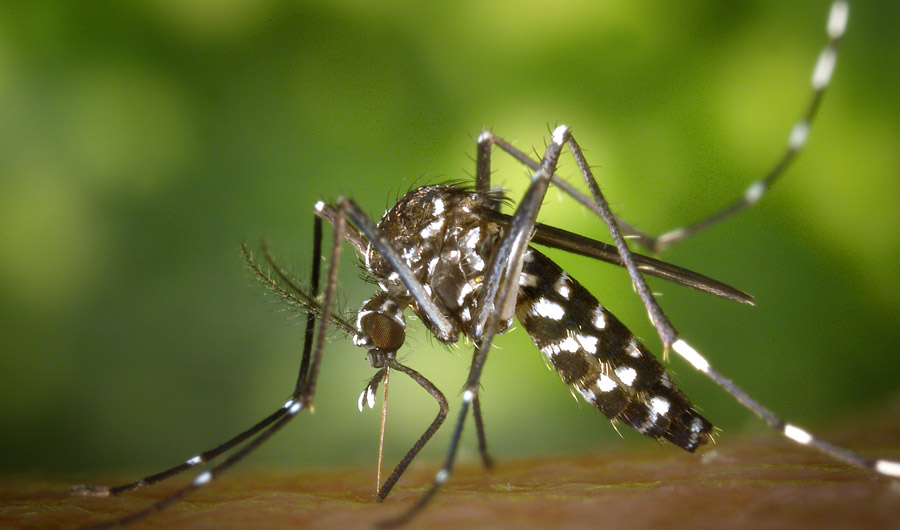 (Inside Science) – A spoonful of sugar may help keep the fever medicine away, according to new research that has pinpointed a protein in disease-carrying mosquitoes that can curb their attraction to human blood.

According to new research, feeding sugar to mosquitoes affects this protein enough that the bloodsuckers temporarily keep from biting humans.

“If you can avoid mosquitoes being attracted to human hosts, you can reduce the chance humans have to be infected by viruses,” said Paolo Gabrieli, a zoologist at the University of Milan in Italy and one of the co-authors of the new study, published today in the journal PLOS Biology.

The researchers looked at the behavior of the Asian tiger mosquito (Aedes albopictus), which is originally native to parts of Southeast Asia, but has spread as an invasive species to many other tropical countries around the world. The mosquito is particularly attracted to humans, often living in urban areas, and can transmit a number of nasty diseases like dengue, Chikungunya and yellow fevers, and possibly the Zika virus.

While female tiger mosquitoes must suck blood to gain the energy necessary to develop their eggs, they also feed on sugar from plant nectars or sap.

Researchers wanted to see whether a bellyful of sugar might reduce their vampiric urges. They fed a solution of sugar to young female mosquitoes. They then put 10 to 12 of the insects in clear plastic cups and put the open side of these on their hands to see how interested mosquitoes would be in taking the bait. They could see how many tried to bite through a special screen which blocked them from actually biting the scientists.

They found that the young females weren’t interested in human blood after indulging in their collective sweet tooth. This effect lasted up to five or six days, said Gabrieli, who was a zoologist at the University of Pavia in Italy while conducting this research.

More stories about mosquitoes from Inside Science

Jeff Riffell, a biologist at the University of Washington who wasn't involved in the study but whose laboratory also looks at sugar feeding and mosquitoes, said that we know a little bit about how feeding on blood regulates subsequent mosquito feeding behavior, but “decidedly less” about how sugar feeding regulates attraction.

“This study closes an important gap,” he said.

The researchers also sequenced the RNA of the mosquitoes which had fed on sugar. They found a number of gene expression changes that were associated with the bugs becoming less interested in feeding on human blood. One of these genes was a vitellogenin gene called Vg-2 which also plays a role in ovary development for female mosquitoes -- when they eat sugar, more of this gene is expressed.

“When the eggs are developing, these kinds of proteins are used to fuel the development of the embryo,” Gabrieli said.

When the researchers subsequently performed another experiment in which they interfered with the RNA and reduced the expression of Vg-2, they noticed that the female mosquitoes would be hungry for human blood despite just eating the sugar.

“It’s a really great, balanced interdisciplinary study,” Riffell said, adding that the combination of behavior and molecular work shows how and why mosquitoes make feeding decisions. “We’re actually very interested in how these hormones and chemicals are regulating the attraction in these mosquitoes.”

This type of information can be used, Riffell said, to develop a nonlethal way to suppress mosquito biting behavior.

“The animals are already naturally producing these chemicals. If we actually start synthesizing analogues or the chemicals themselves and somehow deliver it to the mosquito … it could be a way to suppress their biting behavior,” he said.

Gabrieli said that while this technique may be good for short periods, it won’t keep tiger mosquitoes away forever, particularly since they can live about 60 days (at least in the lab) and the sugar-induced suppression of biting behavior lasts less than a week. The sugar feeding also only seemed to have an impact on young female mosquitoes, which may feed on sugar more after morphing from their larval stage than older bugs.

But Riffell said that any reduction in overall bites in humans should have an effect on lowering the rate of disease transmission. This in turn could have a huge impact on the number of worldwide deaths.

Malaria, though transmitted by a different type of mosquito, caused 429,000 deaths in 2015 alone, according to the World Health Organization, while severe dengue is a leading cause of death among children in some Latin American and Asian countries.

“If you can knock down their biting then you can really mitigate the chance for these diseases to be transmitted,” Riffell said.