A Final Olympics Blog: World Record in the 800 meters

David Rudisha's world record 800-meter performance, and a look ahead to the women's final.
Image 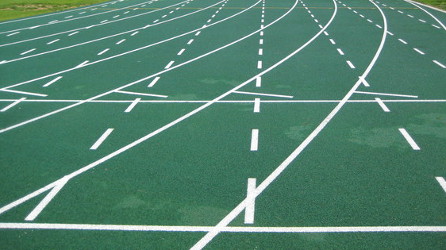 Yesterday, Kenya’s David Rudisha bested his own world record in the final of the men’s 800 meters to take the gold in London, becoming the first person to run the nearly half-mile race in less than 101 seconds, finishing in 1:40.91. Rudisha’s performance is thus far the only world record that’s been set in this year’s Olympic track and field events.

The race was an amazing event. It showed how a great performance can lift up other competitors, as all but one of the eight finalists set a personal best, as stated in this outstanding bit of analysis from The Science of Sport.

Brian Godsey, whose research in the Journal of Quantitative Analysis in Sports prompted my recent article about mathematical analysis of world records, suggested that this very record might fall soon, and might have been more likely to fall than the 16% calculated in his paper as the likelihood of a new record coming this year.

Godsey offered his perspectives on Rudisha's world record in an email that he sent to me this morning.

”When I watched that race live, I couldn't believe my eyes. I think I had already mentioned that I didn't think David Rudisha would break the world record at the Olympics, though I thought it was likely at some point this year. This race just goes to show that truly exceptional things can happen on any given day, particularly on the world's biggest stage for track and field. I did not think that Rudisha would lead the entire race at a fast pace, which is the only way something like this could have happened, and is still difficult for me to comprehend. Now I'm convinced that Rudisha can run even faster…

“Between the mens' 800m and 200m, yesterday was absolutely the most astonishing day of Olympic track and field so far. I think I could watch those two races another 20 times before I get tired of them.”

The women’s 800-meter final will be held on Saturday. The world record in that race is 1:53.28, set in 1983 by Jarmila Kratochvilova of Czechoslovakia. Godsey’s analysis gives it only a 2% chance of falling in 2012. But considering the research detailed in this article from the Atlantic, which compares men’s and women’s performance across many sports, that might be an underestimate.

The overall conclusion of the research described in the article is that women’s performances in many timed sports tend to be about 88-91% as fast as men’s. Despite the fact that no woman has recorded a time that begins with 1:53 since the 1980s, could this mean that the women’s 800-meter record is more vulnerable than it seems?

But there’s controversy attached to the field.

One of the medal favorites is South African Caster Semenya. As an 18 year old she won the world championships in 2009, then was subject to verification efforts to prove that she was eligible for competition as a female. There are all kinds of rumors about what the tests showed and what treatments she might have had to undertake to be eligible to compete. This Sports Illustrated article has great background and analysis.

Saturday’s final is sure to be interesting.

The men’s marathon is on Sunday, a fitting final event in the track competition. If looking for updates, I’d suggest checking out The Science of Sport, which will almost certainly have excellent coverage and analysis. NBC’s coverage begins at 6 a.m. Eastern.