Atoms are ready for their first close-up portrait. 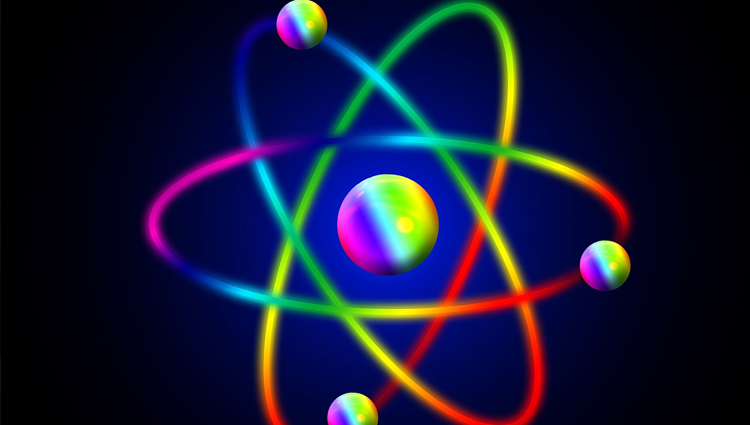 WASHINGTON -- For the first time, physicists have photographed the structure of an atom down to its electrons.
The pictures, soon to be published in the journal Physical Review B, show the detailed images of a single carbon atom's electron cloud, taken by Ukrainian researchers at the Kharkov Institute for Physics and Technology in Kharkov, Ukraine.
This is the first time scientists have been able to see an atom's internal structure directly. Since the early 1980s, researchers have been able to map out a material's atomic structure in a mathematical sense, using imaging techniques.
Quantum mechanics states that an electron doesn't exist as a single point, but spreads around the nucleus in a cloud known as an orbital. The soft blue spheres and split clouds seen in the images show two arrangements of the electrons in their orbitals in a carbon atom. The structures verify illustrations seen in thousands of chemistry books because they match established quantum mechanical predictions.
David Goldhaber-Gordon, a physics professor at Stanford University in California, called the research remarkable.
"One of the advantages [of this technique] is that it's visceral," he said. "As humans we're used to looking at images in real space, like photographs, and we can internalize things in real space more easily and quickly, especially people who are less deep in the physics."
To create these images, the researchers used a field-emission electron microscope, or FEEM. They placed a rigid chain of carbon atoms, just tens of atoms long, in a vacuum chamber and streamed 425 volts through the sample. The atom at the tip of the chain emitted electrons onto a surrounding phosphor screen, rendering an image of the electron cloud around the nucleus.
Field emitting electron microscopes have been a staple of scientists’ probing the very small since the 1930s. Up to this point, the microscopes were only able to reveal the arrangement of atoms in the sample.
The sharper a sample’s pointed tip inside the vacuum chamber, the greater the resolution of the final image on the screen said Igor Mikhailovskij, one of the paper's authors. In the last year, physicists learned to manipulate carbon atoms into chains. With the tip of the sample now just a single atom wide, the microscope was able to resolve the electron's orbitals. The Kharkov researchers are the first to produce real images of the electrons of a single atom, making the predictions of quantum mechanics visible.
While tools like the scanning tunneling microscope already map the structure of electrons in a sample of many atoms, "it's always good to have complementary approaches," Goldhaber-Gordon said. "Sometimes something puzzling in one view becomes crystal clear in the other view. Each one gets you a step closer to a full understanding."
Goldhaber-Gordon also pointed out that the technique may not be widely applicable because the high resolution was due to the sample's specific structure.
"At the moment it's more important for displaying quantum mechanics very directly than for learning new things about materials," he said. "But that could change if [the Ukrainian team] develop new capabilities."

Protests, A Retracted Paper, and a Super-Earth Planet
Why Is an Empty Shampoo Bottle So Easy To Knock Over?
COVID-19 Vaccine, Monkeys and Bumblebees
Smart Speakers Could Detect Cardiac Arrest
Light And Art Come Together
END_OF_DOCUMENT_TOKEN_TO_BE_REPLACED