Researchers use the DNA of currently-living Quebecois to help identify their ancestors.
Image 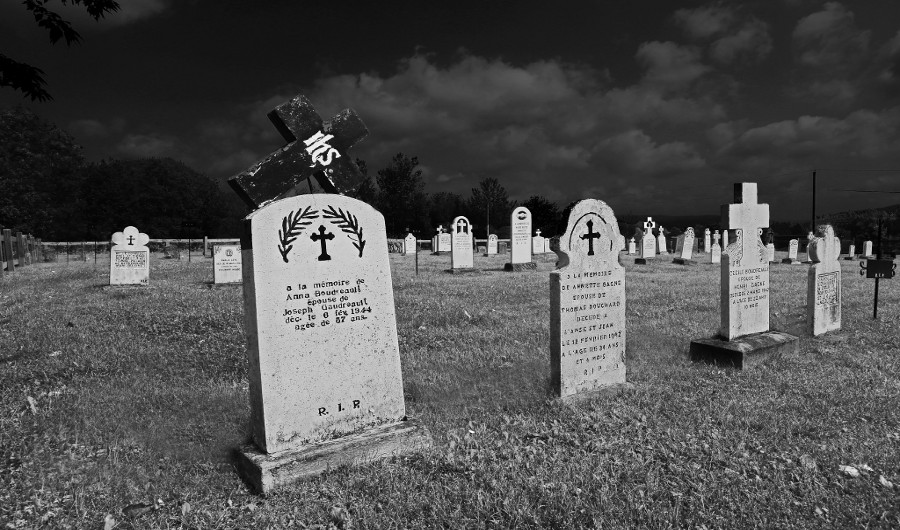 (Inside Science) -- French settlers first arrived in Quebec in 1608, but until the late 19th century, their dead were buried without gravestones. Now scientists are using DNA from those individuals and genealogical records to link the people who were buried to their modern-day descendants.

The churches of early Quebecois kept detailed records of marriages, births and deaths. From these records, researchers have compiled a near-complete genealogical record in a database called BALSAC. Previous research invited known living descendants of early Quebecois settlers to add themselves to the database. Nearly a thousand descendants added their names and donated their mitochondrial DNA.

Unlike most DNA, which combines genetic material from both paternal and maternal lineages, mitochondrial DNA is inherited solely from the mother. Male descendants also donated Y chromosome DNA, which is inherited solely from the father. Both these genetic records, called the maternal and paternal haplotypes, don’t change much across generations -- the mitochondrial DNA of a woman living today is nearly identical to that of her great-great-grandmother. That can allow researchers to find links between historical burials and their distant descendants.

Scientists extracted DNA from both the mitochondria and Y chromosome from six males who were exhumed from historical graveyards across Quebec. The genetic information was compared with those of living descendants in BALSAC. All of the deceased men had at least one match to a maternal or paternal haplotype in the database, indicating that they had some living relatives. However, matching a single haplotype could match too many potential ancestors to be useful. To triangulate the identity of one of the deceased men, the researchers needed matches of both paternal and maternal haplotypes. Five of the burials did not match enough of the entries in the BALSAC database to determine their identities. But, one sample had multiple maternal and paternal haplotype matches in the database. Using genealogical records, researchers identified a shared male ancestor of the living descendants whose death date in 1833 matched the estimated age of the remains. The authors say this is the first of the unmarked burials in Quebec to be successfully identified.

Several previous studies have used ancient DNA to identify burials, but mostly for historically important individuals said Thomas Harding, one of the researchers.

“That's one characteristic that makes our study unique,” said Harding, “Because we are trying to identify people that are completely anonymous from history.” Additionally, most previous studies only used either mitochondrial or Y-chromosome DNA, but not both, said Smithsonian Museum of Natural History anthropologist Chris Dudar. Using the combination lets researchers trace maternal and paternal lineages from descendants going backwards in time wrote Dudar, who was not involved with the study, in an email. He added that Harding's approach had some limitations. The lineage of out-of-wedlock children, for example, could be misrepresented in church records. And because the approach relies on analyzing the mitochondrial and Y chromosome haplotypes in combination, it can’t be used to identify women, who have no Y chromosome.

Although only one of the six burials was positively identified, the authors say identifying the remaining samples could be possible if the information for more descendants were added to BALSAC. If that happens, they say the lineages of more than 150,000 anonymously buried men could be traced. That could have some practical applications, like allowing accidentally exhumed bodies to be identified and then reburied. Reconstructing the historic genome of Quebec, Harding said, could also impact the study of public health. “There's also a lot of [genetic] variation between regions in Quebec. It could be interesting to know a region is more susceptible to a given genetic disease,” he said. That knowledge could guide the way people in different parts of the province are screened and treated for genetic disease.

Harding said the database also presents a unique opportunity to study how human genetics change over time. “It's interesting because we have this genetic context where we have this population that was founded by a very, very few number of founders,” he said. Studying the genetics of such a small and isolated population could allow researchers to study human evolution on a micro scale.

The new research was published this winter in the American Journal of Physical Anthropology.