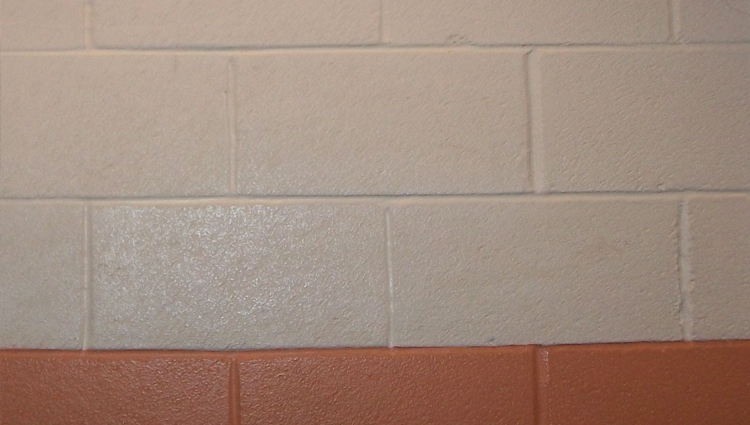 (Inside Science) -- From the Roman aqueducts to the Empire State Building, concrete is the most common manmade building material on the planet. It’s also one of the largest sources of industrial emissions: the red-hot kilns used to make cement (a primary ingredient of concrete) emit 5 percent of the world’s manmade carbon dioxide.

A new recipe for cement, developed by a team of scientists at the Massachusetts Institute of Technology, may change that. By picking apart the atomic structure of cement, they’ve found a tweak to the traditional formula for making cement that they claim will dramatically -- and inexpensively -- increase its strength and reduce the amount needed for construction projects.

The scientists are keeping the recipe secret while it is under review at a major scientific journal.

“Cement has a huge environment burden,” said MIT materials scientist Kristen Van Vliet. “By understanding this material at the nanoscale, we can change its structure to reduce the carbon dioxide associated with the material.”

Modern cement was first patented 186 years ago by British stone mason Joseph Aspdin, who heated limestone and clay in a stove, ground the mixture and added water to make a gray paste. He named the substance “Portland cement” because of its similarities to stone mined on England’s Isle of Portland.

Portland cement is now the standard across the globe: the United States consumed more than 90 million metric tons of it in 2008, according to the Portland Cement Association, and China’s appetite is well over 1 billion metric tons per year and growing.

Today’s industrial plants use giant kilns that can be 760 feet long to heat crushed stone to nearly 3,000 degrees Fahrenheit and make “clinker,” pellets approximately the size of tennis balls or softballs that are the fundamental component of cement.

This process also releases large amounts of greenhouse gases such as carbon dioxide. For every ton of clinker made, about half a ton of carbon dioxide is released by the breakdown of the calcium carbonate in the stone, said Gregg Marland, who tracks the cement industry’s emissions for the Carbon Dioxide Information Analysis Center at Oak Ridge National Laboratory in Tennessee.

Another 0.40-0.45 tons of gas per ton of clinker is released from coal and other fuels burned to heat the kilns, according to Hendrik van Oss, a commodities specialist who studies cement for the United States Geological Survey in Reston, Va.

“The cement industry has long been pointed out as a major industrial producer of carbon dioxide,” said van Oss. “It’s the biggest in the world once you get past the power plants.”

This industry has recently found itself subject to increasing environmental scrutiny. Last year, the Environmental Protection Agency proposed new emissions rules that would for the first time limit the amount of mercury, acid gases and particulates that cement plants can emit.

Against this backdrop, a consortium of the world’s major cement companies came together to fund MIT’s Concrete Sustainability Hub.

These scientists started by taking a closer look at this low-tech material using a sophisticated technology normally applied to high-tech materials: atomic force microscopy. They dragged a sharp point -- which tapers to a tip a hundred thousand times smaller than a grain of sand -- across a sample of cement. The interaction between needle and cement revealed the messy structure of the material at the atomic scale.

The structure of cement is “like Jell-O,” said Van Vliet. “It’s a gel-like substance held together by water.” Cement isn’t as squishy as Jell-O, she explained, because the water can’t move around between the molecules of building material like it can in the colorful dessert.

Rouzbeh Shahsavari of the MIT team fed this structure into computer models. Like a baker tinkering with a cake recipe, he tweaked the composition of the cement in his simulations and tested the breaking strengths of new compositions. He then compared these results with real samples of cements produced by CIMPOR, a Portuguese cement company funding the scientists’ work.

“We found that a certain composition creates the maximum density and allows the water to hold all those chains of atoms together very tightly,” said Shahsavari, who presented this finding Dec. 1 at a meeting of the Materials Research Society in Boston, Mass.

This isn’t the first time the cement industry has played with the composition of cement. For decades, new ways to improve the strength and reduce the carbon footprint of cement have been tried -- adding slag (a byproduct of metal ore smelting) or fly ash (a glass-like powder and waste product of coal plants).

“There has been a lot of drive to innovate in the last 20 or 30 years,” said Julie Garbini of the Ready Mixed Concrete Research & Education Foundation, a member of the MIT consortium. “But [the MIT scientists’ work] would take cement to a whole new level.”

Other scientist have also developed new ideas for reformulating cement that have lead to the creation of new startup companies around the world. In England, for example, Novacem is creating cement that actually absorbs carbon dioxide from the air as it hardens. Two companies in Australia, Calix and TecEco, are pursuing a similar idea of “carbon negative” cement using compounds that contain magnesium.

But the key advantage to MIT’s recipe is its simplicity. It substantially boosts the strength of the building material without using new ingredients. It requires no new infrastructure or costs.

For van Oss, economics is clearly a strong driver behind this research. Stronger cement means less cement in each unit of concrete. This should help cement plants better meet growing demand without spending money on building new facilities, he said.