How To Build Better Rockets By Crumpling Beer Cans 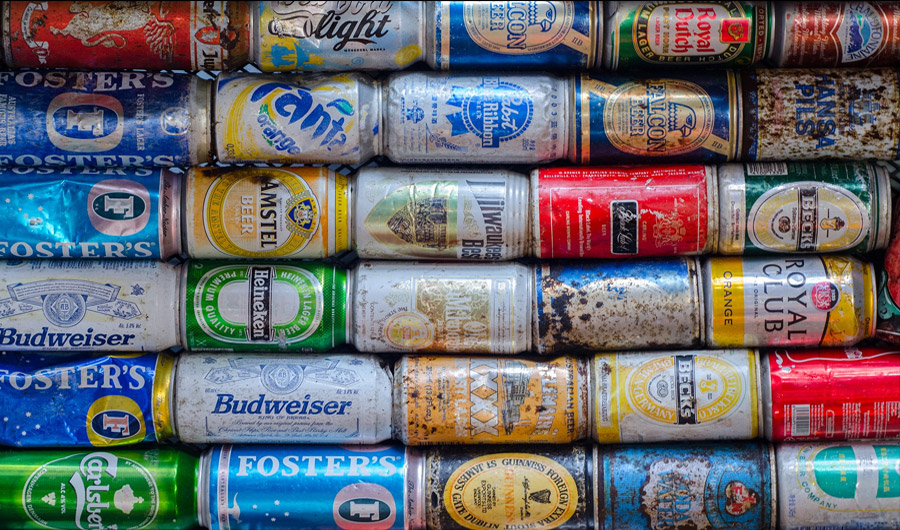 (Inside Science) -- Knowing more about how a metal tube crumples might improve the design of everything from beer cans to space rockets. Now scientists find that poking such cylinders in the side could help predict when they might buckle from weights or pressure from above.

A long-standing challenge in mechanical engineering is finding out how much weight or pressure a tube or any other structure with thin walls can bear without fear of collapsing. The stronger that researchers can make these structures, the safer these "shells" become and the more payload they can support.

"NASA is tremendously interested in shell buckling -- rockets are basically cylindrical shells," said J. Michael T. Thompson, an engineer at the University of Cambridge in England. He did not take part in this latest research but his previous work did help inspire it. "NASA's conducted full-scale tests with leftover bits of the space shuttle, where cylinders 10 times the height of a person go into these enormous screw devices and just violently collapse with a great bang."

However, defects within shells can greatly reduce their resistance to buckling under compression. Such defects are often difficult to identify, which makes it challenging to predict how shells might perform in general.

One potential way to mimic the effects of these defects is to poke these structures from the side as they prop up loads. For instance, while an empty soda can may be able to firmly support a massive weight on top of it, "if you just give it a tiny poke to the side, it can get flattened almost immediately," Thompson said.

To systematically study the stability of shells, scientists placed a variety of commercial soda cans in a machine that essentially served as a vise, with a blunt poker that jabbed these cans from the side. The vise and poker could respectively squeeze the top and bottom of the cans and dent them on the side with very precise amounts of force, which the researchers noted when the cans started buckling.

The researchers' experiment helped them identify a "landscape of stability" -- a map of possibilities whose ridges and valleys reveal the likelihood that a can will crumple based on the combination of forces it experiences. "One important surprise was that even though commercial cans may look different, their stability under compression and poking can be fully described by the same generic landscape," said study lead author Emmanuel Virot, a physicist at Harvard University.

Virot and his colleagues identified the combinations of factors that would make it either difficult or easy for a cylinder to collapse. "Our research does not directly suggest a way to make cans or space rockets less or more crushable, but what our research does is to allow predictions of the forces at which the buckling instability will or won't occur," Virot said.

These new findings suggest that one could predict how much compression a cylindrical shell can withstand before collapsing by poking it while it bears a variety of loads and seeing how it, say, rebounds. "This could be a most valuable form of non-destructive testing," said Thompson.

Virot and his colleagues detailed their findings online Nov. 28 in the journal Physical Review Letters.