The two main compounds in cannabis are in a constant balancing act. 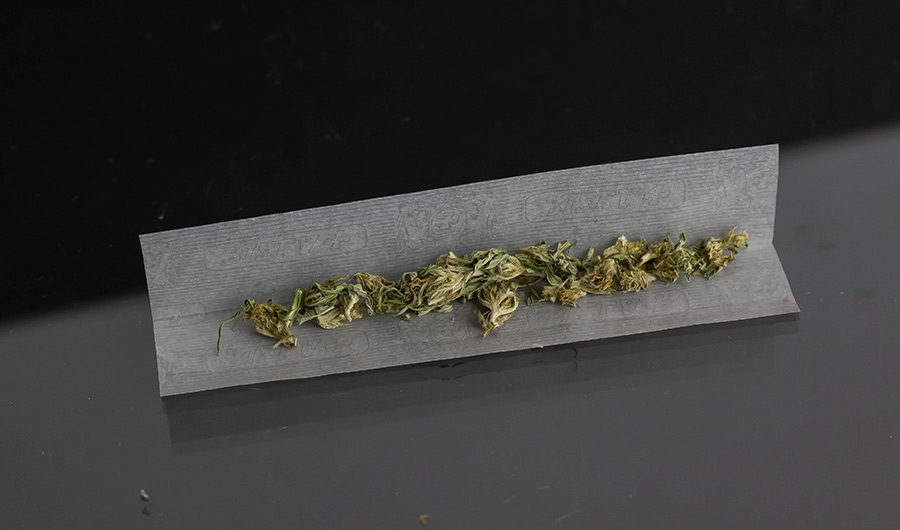 (Inside Science) -- Many people who use cannabis do it for the euphoric effects caused by the main psychoactive ingredient, tetrahydrocannabinol, often called THC. But THC can also cause unpleasant side effects like paranoia, dissociative thoughts, impaired memory or even psychotic episodes. As cannabis has become more potent, it is becoming more likely that some users will experience those effects. But another compound present in the plant, the non-psychoactive cannabidiol, actually works against THC and can block those negative effects.

Now a team of researchers led by Steven Laviolette, a neuroscientist at the University of Western Ontario in London, Canada, has figured out how the two compounds interact in the brain, and how CBD, as cannabidiol is also known, balances out the negative psychiatric side effects of THC. Their work was published recently in the Journal of Neuroscience.

Working with rats, Laviolette focused on an area of the brain called the ventral hippocampus, which is involved in emotional control and is known to be vulnerable to some of the long-term effects of high-potency THC. Rats who were given THC exhibited many of the acute negative side effects in behavioral tests, such as anxiety about new environments, and problems with social interaction, memory, and their ability to filter out unnecessary sensory data. When they examined the rats’ brains after the tests, the researchers determined that the effects were caused by an overactive cellular signaling molecule called extracellular signal-regulated kinase, or ERK.

“We found that THC is overstimulating the ERK pathway, altering oscillation patterns in the brain linked to schizophrenia and disturbing the dopamine system,” said Laviolette.

Rats given both CBD and THC had normal ERK signals, and did not show signs of anxiety, paranoia or memory loss in the behavioral tests. The researchers believe that means that the CBD prevented the overstimulation of the ERK pathway.

Daniele Piomelli, a neuroscientist at the University of California, Irvine who was not involved in the study, said CBD has been long suspected to modulate the effects of THC, but the mechanism has remained unclear. “This study is interesting because it provides at the molecular and synaptic level a mechanism by which CBD can counter THC,” he said.

Some previous studies suggested that CBD may counter THC by interfering with its ability to bind to THC’s main molecular target in the brain, the CB1 receptor. But Piomelli said that CBD’s modulating effect may not involve the CB1 receptor itself.

CBD is “pharmacologically messy,” said Laviolette, binding to a wide variety of different receptors in the body. Laviolette’s work shows that at some point in the intracellular machinery the two compounds share some kind of mechanism by which they can modulate each others’ actions, but “whether that is happening at the CB1 receptor, we still need to figure that out,” said Laviolette.

Piomelli said that this study is important because sorting out the biological mechanism will provide background for much-needed studies in humans on how CBD can affect the short- and long-term effects of THC. “It opens the door and offers insights that future studies in people could build upon,” he said.

While blocking many of the psychotropic effects of THC may seem counterproductive to recreational users, Laviolette said there are many people who use cannabis for medical reasons who may want to avoid them. “People using it for pain relief, anxiety, multiple sclerosis or glaucoma are not looking to get high,” he said. “If you want to avoid the negative effects, you may want to use strains that have a high CBD content.”

Researchers Study Violinists To Learn How Humans Act in Synchrony
Alligators May Be Able to Survive Venomous Snake Bites
New Theory Says We’ve Been Wrong About How Bubbles Pop
Crustacean Genes May Solve Debate Over How Insects Evolved to Fly
Some Beetles Survive Being Eaten, New Study Finds
END_OF_DOCUMENT_TOKEN_TO_BE_REPLACED

COVID-19 Vaccine, Sharks and Mezcal
Crabs Use Belly Sounds To Communicate
Touring The Trinity Test Site
Protests, A Retracted Paper, and a Super-Earth Planet
Why Is an Empty Shampoo Bottle So Easy To Knock Over?
END_OF_DOCUMENT_TOKEN_TO_BE_REPLACED