Water sticks to the snakes’ backs because of special properties of their scales.
Image 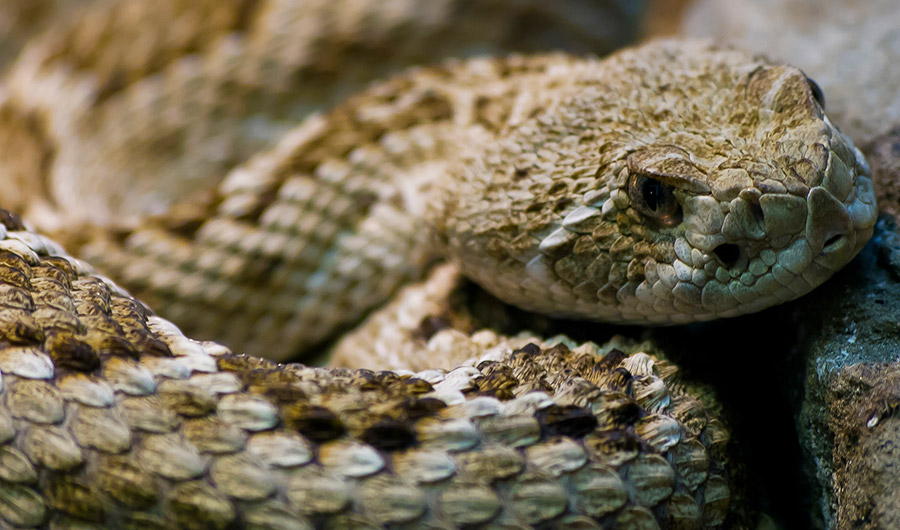 (Inside Science) -- Water is scarce for many creatures in the Sonoran Desert in Arizona, so when it does rain (or snow or sleet), some resident rattlesnakes seize the moment. They slither out of their dens, flatten themselves in a coil shape, and suck the water that collects on their backs into their mouths.

Now a team of engineers and biologists has discovered special properties of the reptiles’ scales that help the snakes become living rain buckets. They found that a water droplet hitting the back of a western diamondback rattlesnake breaks into smaller droplets that often stay pinned to the snake’s skin. In contrast, most water hitting the scales of two desert-dwelling snakes that haven’t been observed harvesting rainwater -- the desert kingsnake and the Sonoran gopher snake -- simply slides off. 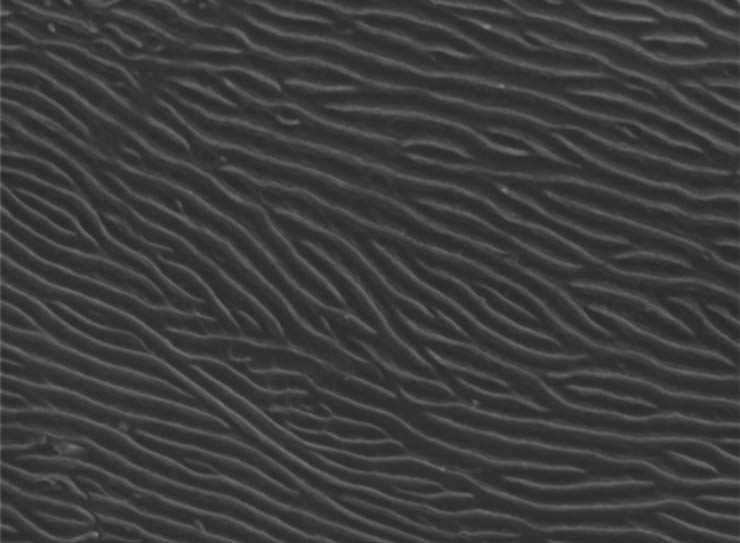 The scales of the western diamondback rattlesnake have intricate nano-channels that help the snake capture rainwater.

When the researchers looked at the snakes’ skin with a powerful microscope, they saw that the rattlers’ scales sported a network of tiny channels, each about one-tenth the width of a red blood cell across. Additional tests showed how the intricate texture helps the scales capture water.

“I was surprised by the elaborate nano-topography of the scales -- these are just beautiful nano-labyrinths,” wrote team member Konrad Rykaczewski, a mechanical engineer at Arizona State University in Tempe, in an email to Inside Science. “What was also neat is that if the channels were just a bit shallower or deeper, we would not observe the strong water pinning effect.”

Gordon Schuett, a biologist at Georgia State University in Atlanta and another member of the team, said scientists suspect the rattlesnakes evolved to harvest precipitation with their bodies because the snakes are relatively slow-moving and rely on ambush to catch their meals. Having to travel far to get water might reveal the snakes to their prey (or to predators such as hawks). Instead, the snakes simply gather a drink directly from the sky. “Now, how clever is that?!” Schuett wrote.

The researchers published their findings in December in the journal ACS Omega.