As the ancestors of penguins dived deeper, their wings became streamlined for swimming.
Image 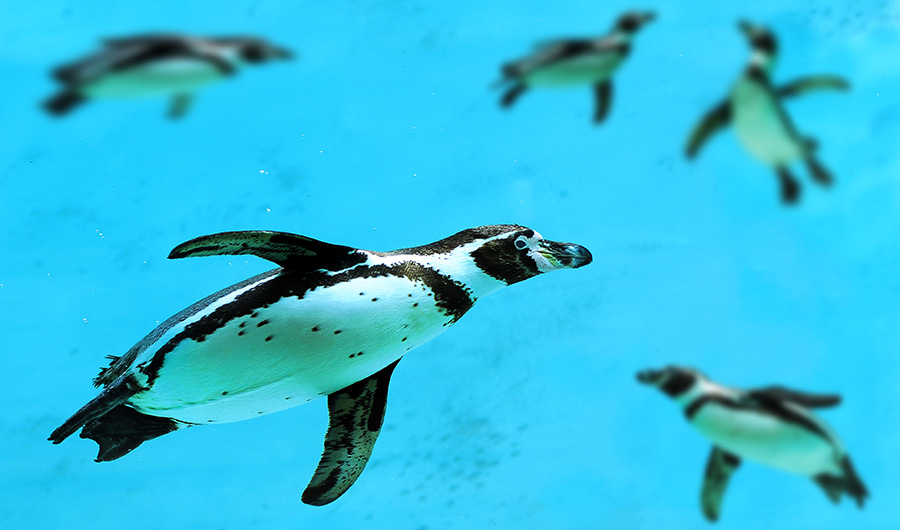 (Inside Science) -- The ancient ancestors of penguins gained their ability to swim at the expense of flight, engineers found.

They mathematically compared the swimming efficiency of penguins to the movements and propulsion of birds like puffins and guillemots that haven't lost their ability to fly but can still swim for brief periods while foraging underwater.

"It's kind of an engineering method to look at species as highly sophisticated engines," said Peter Dabnichki, a professor of mechanical engineering at the Royal Melbourne Institute of Technology in Australia. "Basically we tried to understand how flapping wings work in the water."

In a study published recently in the Journal of Avian Biology, Dabnichki and his colleagues used mathematical models for how an object generates drag and for how it propels itself. Since drag and propulsion work against each other, combining the numbers can reveal how well something swims.

All birds are naturally fairly buoyant -- they need superior swimming abilities to overcome this buoyancy and propel themselves downward. So it takes a good swimmer to dive more deeply. The researchers applied their calculations to the species known as the little penguin. These birds are thought to be the type of penguin with the shallowest diving distance, able to descend to about 65 meters.

The researchers then ran their calculations on species of alcids, a family of birds that includes puffins and guillemots. 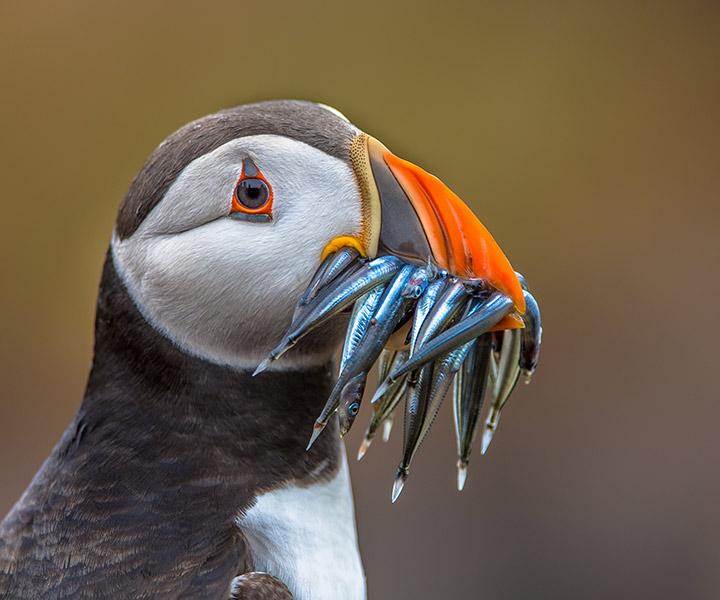 Puffin after a successful foraging attempt.

The little penguins, they found, sat in between some of the alcids, diving deeper than horned puffins but not as far as Brünnich's guillemot -- the best diver among alcids.

"[Little penguins] are kind of outgunned in terms of dive speed and efficiency by some of the alcids," Dabnichki said. He added that this isn't necessarily surprising given that alcids boost their depth by divebombing from the air. While the researchers didn't calculate the numbers for larger penguins, other published data shows that emperor penguins can out-dive Brünnich's guillemots. In fact, they can out-dive nuclear submarines, Dabnichki said.

Julia Clarke, a professor at the University of Texas at Austin who has worked on penguin evolution but was not involved in the recent study, said that Dabnichki's paper shows how efficient penguins are at moving through the water. Penguins' ability to swim is still underappreciated in birds, especially compared to the changes that allowed the ancestors of whales to evolve back to a fully aquatic lifestyle, she said.

"What is the coolest thing is that we are talking about adapting the flight stroke, which is used in air, to a medium that is 800 times denser than air," Clarke said.

Dabnichki said that long, fragile wings aren't as efficient while flapping in the water. The wings of penguins are broader and more finlike. Most of the alcids that swim well don't even extend their wings fully while propelling themselves under the surface.

Clarke said that fossil evidence shows us that penguins lost their ability to fly about 60 million years ago. Alcids are a comparatively younger family of birds, but at least one alcid species -- the great auk found in the northern Atlantic -- lost its ability to fly, though great auks went extinct in the mid-19th century due to hunting them for their down feathers.

It's "remarkable" that different birds independently evolved their wings to swim, she said. While watching some alcids like puffins, you can see how the switch may have occurred over millennia.
"You can see them flying in a group of four or five under the water, and they can fly out of the water," Clarke said.

The numbers that Dabnichki and his colleagues found clarify how these birds made these adaptations in their wing structure that allowed for better swimming at the expense of their ability to fly, Clarke said. "These animals don't cease to amaze us."