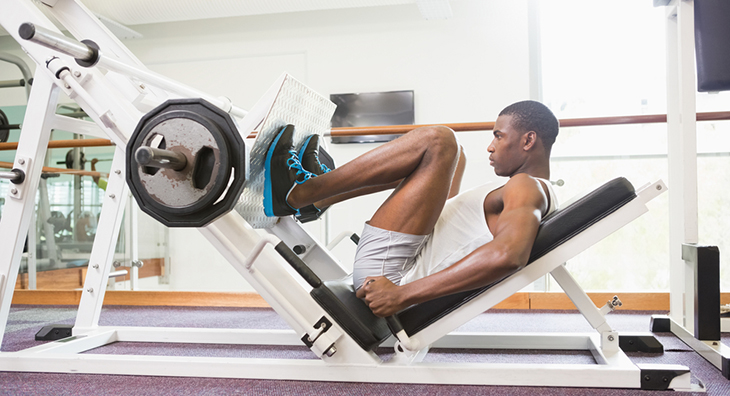 (Inside Science) -- The human body is able to act like a well-oiled machine because liquid fills its joints. Now researchers are shedding light on how physical activity might help keep this liquid in place. This discovery could lead to insights and treatments for arthritis and other joint diseases.

The cartilage found on the surfaces of the body's joints is filled with synovial fluid, a liquid with a consistency similar to egg white. Synovial fluid makes up about 80 percent of cartilage's volume, and plays an essential role in supporting weight and lubricating joints.

Since cartilage is porous, synovial fluid leaks out its holes every day. Permanent loss of this fluid results in a gradual decrease in cartilage thickness and increase in friction, which can lead to the joint degeneration of osteoarthritis, the most common form of arthritis.

"Think about a tire," said mechanical engineer David Burris at the University of Delaware, in Newark. "When the tire is pressurized, it can support the weight of a car, but if had holes in it to let air escape, it would start to lose pressure, it can no longer support that weight. Cartilage works the same way -- once fluid flows out of it, it can't support loads anymore."

The mystery that puzzled scientists then was how synovial fluid made its way back into cartilage. Previous research suggested that when knees are flexed, deflated cartilage gets bathed in the fluid that leaked out it, soaking it back up. However, it was unclear how such flexing might prevent cartilage from deflating over long spans of time, since people are usually relatively inactive.

"Ninety to 95 percent of the day, people are sitting and standing without moving their knees," Burris said.

Instead, Burris and his colleagues speculated that another mechanism known as hydrodynamic pressure might also help drive fluid back into cartilage. This occurs whenever fluid is forced through a thinning gap.

For example, when a car drives on a wet road, hydrodynamic pressure builds as the fluid is squeezed into the gap between the tire and the road. The pressure builds as speed increases until it can fully support the weight of the car. At this point the tires begin to glide over the surface of the water on the road: a phenomenon called hydroplaning. If, however, the tire were porous and could absorb water, fluid could flow into the deflated tire, Burris explained.

To test their idea, Burris and his colleagues slid curved plugs of cartilage against flat pieces of glass. This mimicked the kind of hydrodynamic effects one might see with a tire on a wet road, or in a human joint.

"These findings show, probably for the first time, an effect that people have been talking about for a long time but have never shown so incisively as happening in tissue," said tribologist Daniele Dini at Imperial College London, who studies friction and did not take part in this research.

This discovery "could have major implications for joint health," Burris said. "For decades, people have thought of physical activity as injurious to joints. However, a couple of years ago, a handful of studies found the opposite, with the risk of osteoarthritis going down the more active you are. Our results show that activity is the driving force behind maintaining lubrication."

Research into this effect could help guide the design of artificial replacement materials for joints, Dini added.

"Current replacement materials often incorporate lubricating films onto metal or ceramic, but these films don't last long," Burris said. "A better understanding of how cartilage lubricates could help lead to porous joint materials that can simulate cartilage, like hydrogels." Hydrogels include the materials used to make contact lenses.

Burris and his colleagues detailed their findings on Oct. 23 at the American Vacuum Society symposium and exhibition in San Jose, California.